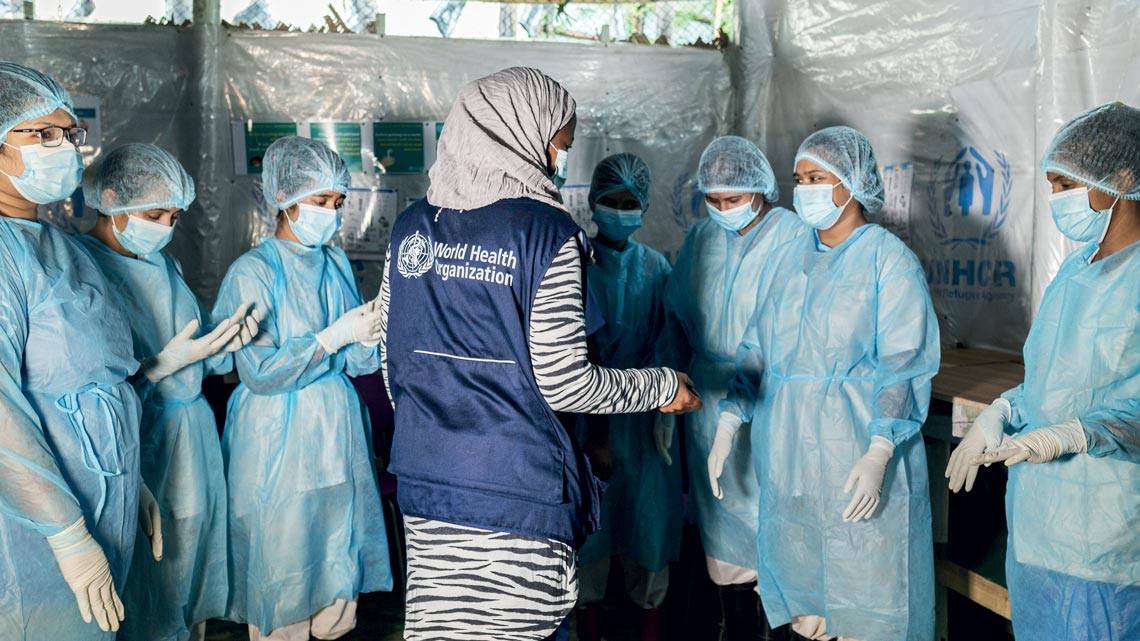 In the first few months of the pandemic in 2020, the USA banned one of the country’s biggest mask manufacturers from exporting its products and offered more for a shipment of 200,000 artificial respirators made in China that had already been purchased by Germany, limiting the supplies available to other countries. In a global crisis marked by the weakening of multilateral relations, the actions taken by the USA illustrate the strategies adopted by some governments to combat the spread of the SARS-CoV-2 virus, characterized by a search for domestic solutions. Books based on research by 60 specialists from Brazil and other countries and published by the Global Health and Diplomacy Observatory at the International Relations Center of the Oswaldo Cruz Foundation (FIOCRUZ) indicate, however, that the dialogue between scientific institutions has improved since the beginning the pandemic. The extremely fast development and approval of the vaccines reflect this change.

“Globally, relations between scientific institutions were strengthened during the pandemic, unlike the ties between national governments, where political interference hindered the adoption of cooperative strategies,” says Paulo Buss, director of CRIS and coordinator of the books Diplomacia da saúde e Covid-19: Reflexões a meio caminho (Health diplomacy and COVID-19: Reflections on the journey so far; FIOCRUZ, 2020) and Diplomacia da saúde: Respostas globais à pandemia (Health diplomacy: Global responses to the pandemic; FIOCRUZ, 2021). Buss believes the context of the current pandemic differs to previous times during the fight against other infectious diseases, such as polio. He points out that despite the Cold War and the political tensions between the Soviet Union and the USA in the second half of the twentieth century, nations still cooperated and collaborated in the global dissemination of vaccines as part of an effort led by the World Health Organization (WHO) and the United Nations Children’s Fund (UNICEF). “International cooperation was fundamental to controlling the disease. This is how the Americas were able to eliminate polio in the 1990s.” 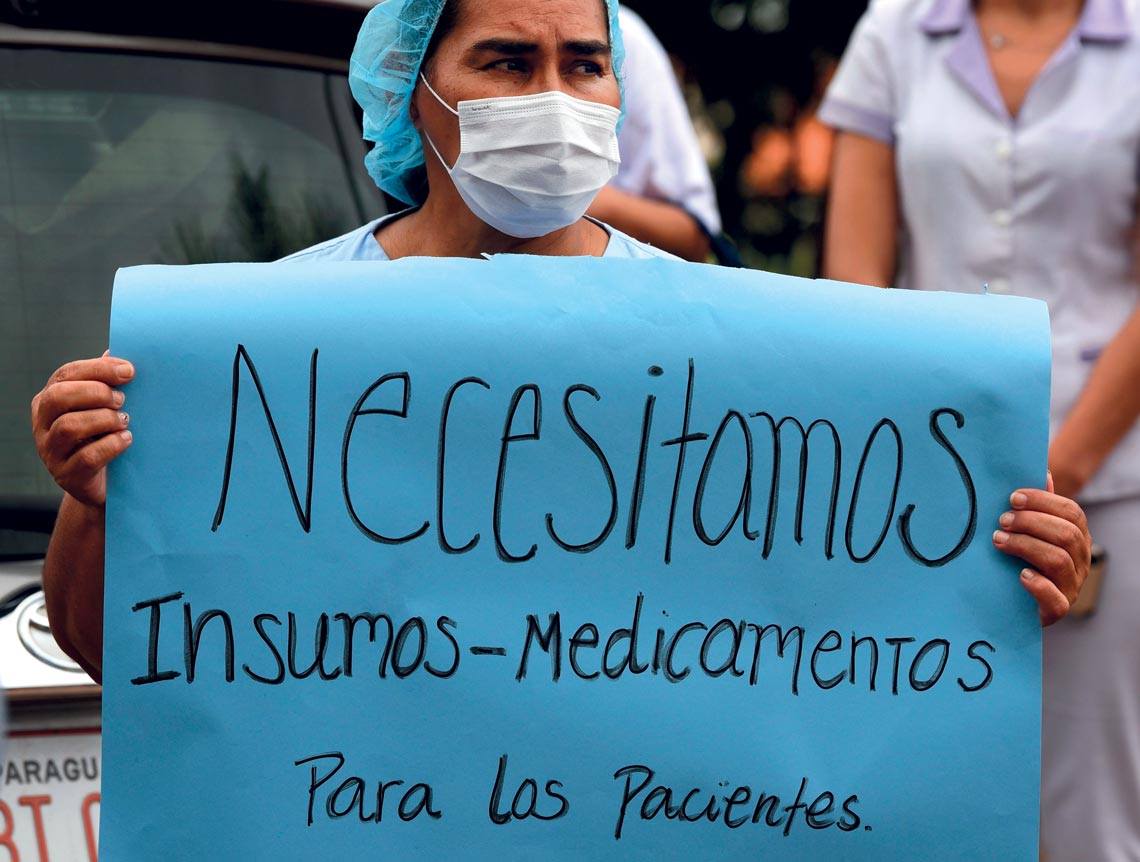 Gustavo Santiago Torrecilha Cancio, a legal expert from the Federal University of Mato Grosso do Sul (UFMS), cites Brazil’s leading role in the fight against the HIV epidemic as an example of a local strategy that was later adopted as an international initiative. In 1996, the country passed Federal Law 9,313, ensuring free and universal access to drugs for treating AIDS. As a result, the Brazilian Ministry of Health increased its investment in antiretroviral drugs sevenfold, created a logistics network for distributing the drugs, trained health professionals to diagnose the disease, developed a campaign to raise public awareness of its risks and reduce prejudice associated with the disease, improved the infrastructure of public laboratories, and established new treatment protocols. “Brazil’s free antiretroviral drug distribution program has improved the quality of life of AIDS patients, slowed the spread of the disease, and reduced hospital costs. The WHO used the initiative as a model to be followed by developing regions and Brazil began collaborating with other nations to help them fight against the epidemic,” explains Cancio.

According to Buss and Cancio, there was a “mad rush” to obtain masks, personal protective equipment, and respirators at the beginning of the current pandemic, “which reached a point where it almost resembled acts of piracy,” as Buss wrote in one chapter of the book he published in 2021. In the text, he describes situations in which public officials from developed countries intercepted shipments of inputs at airports, diverting supply away from the country that ordered them—including the case of the USA and the respirators. The FIOCRUZ researcher explains that the race continued into early 2021, when wealthy nations began acquiring vaccines still in production, leading to unequal distribution. “At the end of last year, 10 advanced economies held 75% of all vaccine doses available worldwide, while some developing nations still face difficulties obtaining even small quantities,” says Buss.

Although vaccine research and development was largely funded by public resources, he notes, pharmaceutical monopolies were allowed to retain the intellectual property rights. “As a result, vaccines are being sold for eight to 10 times more than they cost to produce,” he explains. From Buss’s perspective, these inequalities could have been mitigated had the United Nations (UN) required contracts with pharmaceutical companies to contain clauses guaranteeing affordable prices; data, knowledge, and technology sharing; and product licensing. 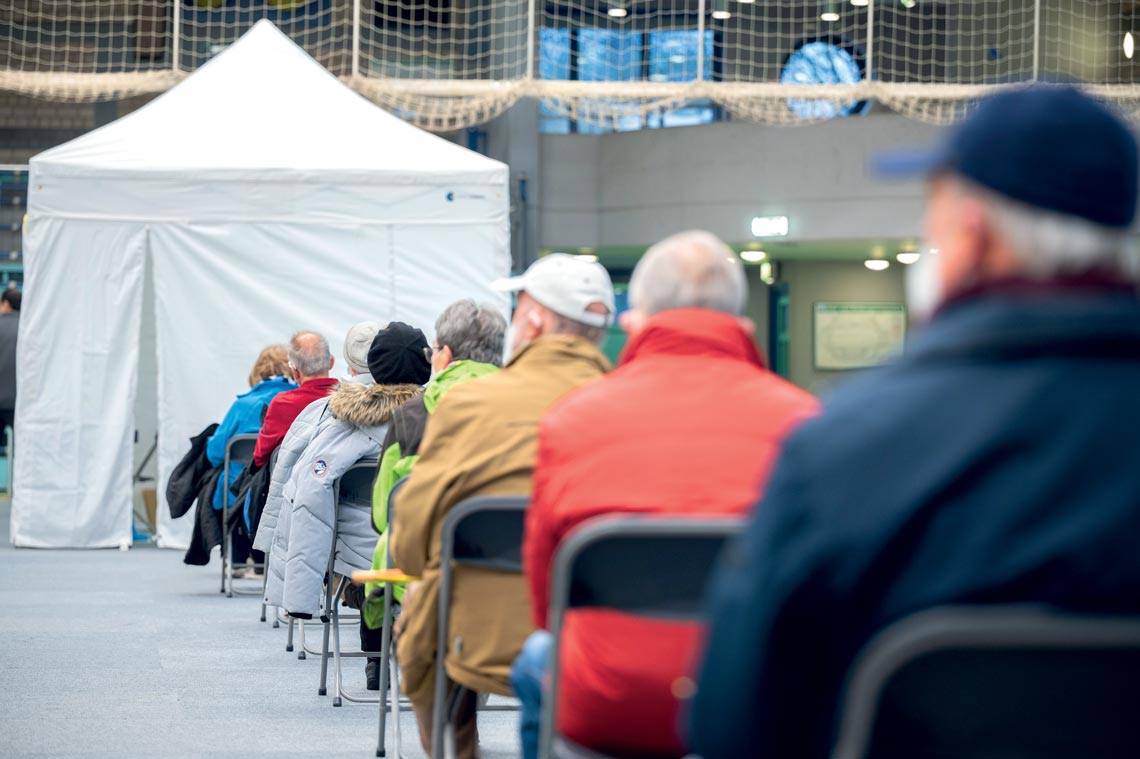 Janina Onuki, a professor from the Department of Political Science (DCP) at the University of São Paulo (USP), believes multilateralism is experiencing a setback that has been especially pronounced since 2010. She points out that the UN, one of the most important multilateral institutions in the world, is stuck using a model of operations that made sense when the organization was created in 1945, but which now faces issues of legitimacy. This stems from problems such as the lack of reforms to the UN Security Council, which restricts veto power to five countries: the USA, France, the UK, Russia, and China. The World Trade Organization (WTO), founded in 1995, has earned greater credibility because it involves consensual decisions that also consider the votes of developing countries. “But although the WTO has mechanisms that allow developing nations to more legitimately assert their commercial interests, the influence of more powerful nations still dominates,” she says. The dynamics of decision-making by consensus also make the processes time-consuming, impacting the organization’s legitimacy. Onuki also highlights that the rise of authoritarian governments in Europe and Latin America over the last decade has discouraged international cooperation. “As a result, most countries chose to act unilaterally during the pandemic,” she explains.

Another factor that weakened multilateralism was the change in the stance taken by the USA in relation to the UN. Three years after leaving the Human Rights Council, the US government announced its decision to leave the WHO in 2020, after more than seven decades of membership and contributing more funds than any other nation. The move was reversed with the inauguration of current president Joe Biden, but its consequences were not. “Following the USA’s lead, Brazil, which has historically adhered to multilateralism, especially in cooperating with other Latin American countries, began adopting a policy of isolation and an attitude of distrust in relation to globalization,” says Buss, from FIOCRUZ. 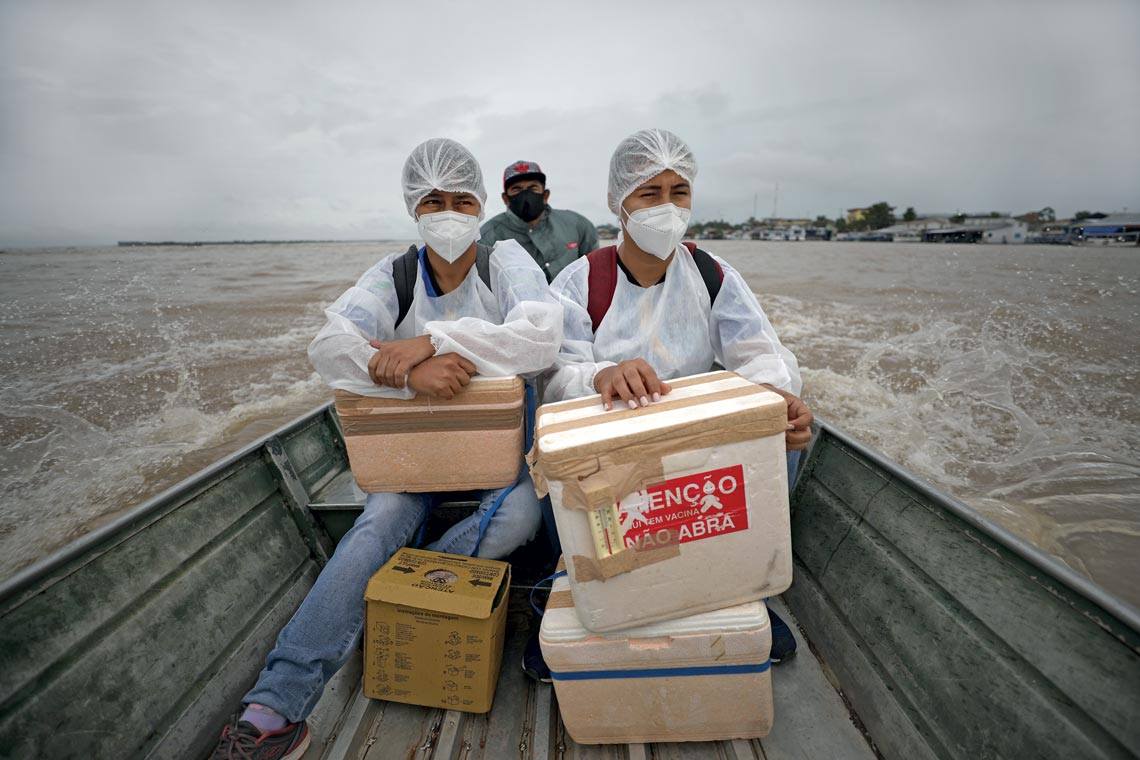 In 2021, in an effort to reverse inequalities in access to inputs, products, and equipment, the World Bank, the International Monetary Fund (IMF), and the WTO committed to give the WHO US$50 billion of funding to be invested in programs designed to equalize the production, supply, and distribution of hospital equipment, tests, and vaccines. The G7 group, which comprises seven of the most industrialized countries—Germany, Canada, the USA, France, Italy, the UK, and Japan—was responsible for providing US$15 billion of this amount. The aim of the investment was to immunize 40% of the world’s population by 2021, a target that was not achieved due to vaccine stockpiling by certain nations while 92 countries reported shortages. “Despite their pledge, the G7 only ended up donating US$1 billion to the initiative, far below the initial commitment,” laments Buss.

Sebastian Tobar, a sociologist from CRIS/FIOCRUZ and advisor to the Latin American Global Health Alliance who has written about the cooperation between nations in Latin America and the Caribbean, believes countries have responded to the challenges posed by the pandemic with “diplomatic lethargy” in stark contrast to the political alignment enjoyed until the first decade of the twenty-first century. As a result of reduced multilateralism, the Pan American Health Organization (PAHO) is facing its biggest budget crisis since it was created 119 years ago, with impacts on the leading role it should be playing in the regional response to the pandemic. “Unlike other regional blocs, such as the European Union and the African Union, which have sought to negotiate vaccines and establish common protocols to stop the spread of the pandemic, regional collaborations in Latin America, such as the Southern Common Market [Mercosur] and the Forum for the Progress and Development of South America, were limited to issuing statements and isolated initiatives, with little potential for a significant impact on the epidemiological landscape in the region,” explains the sociologist. According to the PAHO, some 80 million people had been infected and more than 2 million had died of COVID-19 in the Americas by September last year, representing 38% of cases recorded worldwide and 46% of global deaths in the period.

Comparing the current situation with the H1N1 flu pandemic in 2009, Tobar recalls how the Union of South American Nations (UNASUR) worked to enable joint acquisition of vaccines, establishing a price ceiling and defining priority groups for immunization. “Ninety-five percent of the items needed by nations in the region to produce medicines and vaccines are made in high-income countries. The lack of unity weakens our fight against the pandemic,” he stresses. At the turn of the year, 14 Latin American countries had achieved 70% vaccination coverage, while others had immunized no more than 40%. The situation in Haiti was one of the most precarious, with less than 1% of its population fully vaccinated. 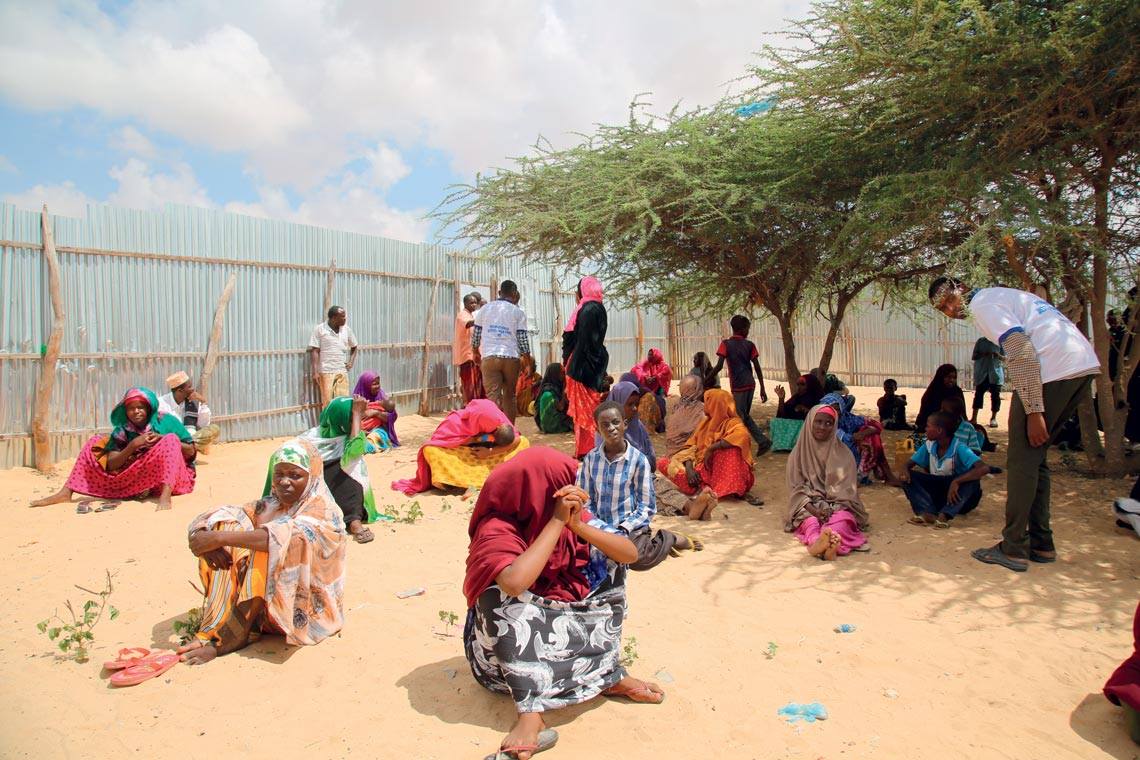 A return to multilateralism
Although government strategies to control the pandemic were initially characterized by a lack of cooperation, the need for countries to work together to combat the spread of the virus appears to have become more apparent since around mid-2021. “This trend has encouraged some to resume multilateral relations,” says Onuki, from USP. In early 2022, in an effort to better understand this movement, she started working in partnership with political scientists from the Federal University of Pernambuco (UFPE) on a project funded by the Brazilian National Council for Scientific and Technological Development (CNPq) to map how international collaboration will be rebuilt post-pandemic.

A number of joint initiatives began to emerge at the end of 2021, many based on the work of scientific institutions. In September, for example, the Community of Latin American and Caribbean States (CELAC) approved a plan to improve self-sufficiency in health and strengthen the region’s capacity for producing vaccines and medicines. As part of the initiative, Sinergium Biotech from Argentina and the Institute of Immunobiological Technology at FIOCRUZ were chosen to create two mRNA-vaccine development and production centers. “These centers will expand the region’s productive capacity so that when they’re ready, the vaccines can be authorized by the WHO for distribution in countries with low access, via a fund operated by PAHO,” explains Tobar, from FIOCRUZ. According to Tobar, another Mercosur initiative is discussing common criteria for movement across borders, including standardized rules on quarantine periods and testing before entering and exiting countries.

He emphasizes that the work of both FIOCRUZ and the Butantan Institute, which at the beginning of the pandemic teamed up with the Chinese company Sinovac Biotech to design, develop, and test a vaccine to combat the spread of the virus, has made Brazil one of the few developing countries in the world producing a large volume of vaccines. By the beginning of March, 250 million COVID-19 vaccine doses had been manufactured in the country using imported raw materials. “Brazil was also one of the few countries in Latin America to invest in technology-transfer processes to produce vaccines domestically,” says the sociologist. As a result of one such partnership with Anglo-Swedish pharmaceutical AstraZeneca, FIOCRUZ announced in February that it planned to begin production of the first 100% Brazilian COVID-19 vaccine. The institution is currently working on qualifying the vaccine for the Covax Facility, an international program created by the WHO to improve the distribution of vaccines.