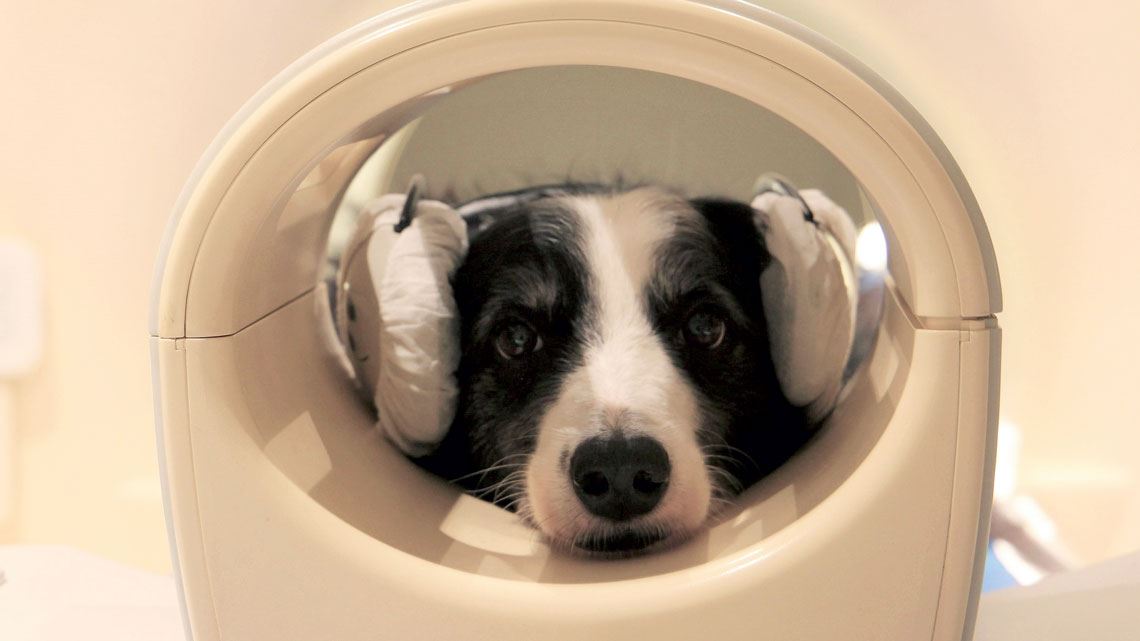 One of the participants, ready for an MRI exam

Dogs can differentiate between languages, according to researchers at Eötvös Loránd University in Hungary. Led by Mexican psychologist Laura Verónica Cuaya, the group used magnetic resonance imaging (MRI) to analyze the brain activity of 18 dogs as they listened to readings of The Little Prince in Spanish and Hungarian. The animals had previously only been exposed to one of the two languages (spoken by their owners), allowing the researchers to compare how their brains responded to a familiar language and an unknown one. The authors also played distorted versions to test whether the animals could differentiate between actual speech and random sounds (nonspeech). Specific changes occurred in the dogs’ primary auditory cortex when they listened to the distorted passages, suggesting they could tell the difference between speech and nonspeech (NeuroImage, December 12). There were also changes in the secondary auditory cortex when the animals listened to readings in Spanish and Hungarian, indicating that they could differentiate between familiar and unfamiliar languages.