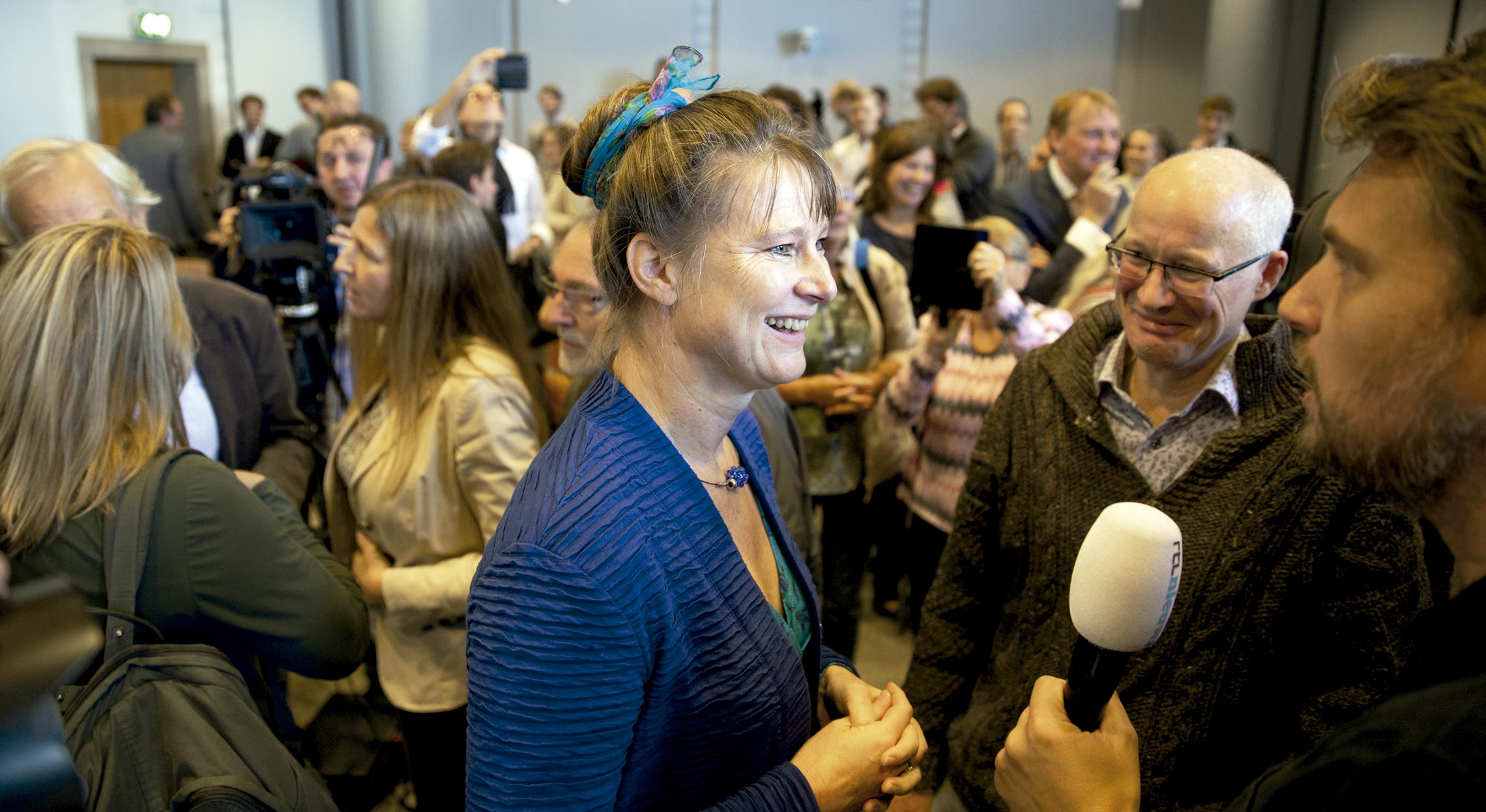 Marjan Minnesma, director of the Urgenda Foundation, conducting an interview after the court ruling

In early October, an appeals court in the Netherlands ruled that the government must accelerate its plans to reduce greenhouse gas emissions. The decision states that emissions should be 25% lower than 1990 levels by the end of 2020. By last year, the Netherlands, one of the most polluting economies in the European Union, had only cut emissions to 13% below the levels they were at 27 years ago. “The government has done too little to prevent the dangers of climate change and is doing too little to catch up,” the court said as it upheld a 2015 ruling by a district court, according to news agency Reuters. The lawsuit was filed against the government by the Urgenda Foundation, on behalf of nearly 900 Dutch citizens. The process started in 2015 was one of the first in the world to involve the citizens of a country holding their own government accountable for global climate change. The government’s original goal was to reduce greenhouse gas emissions to 23% below 1990 levels by 2020 and to achieve further reductions by 2030. In the October ruling, the court said that uncertainty surrounding the 2020 target was high and there was a risk that the reduction would fall short of the target, which would be unacceptable. In a previous judgement made in 2015, the District Court of the Hague determined that the government should take immediate action to reach the stipulated goal. Despite pleas from researchers, lawyers, businesses, and citizens, the government appealed, although it was already working to fulfill the court-mandated target. The appeal was filed in May this year and in October, the court upheld the decision in favor of the Urgenda Foundation. The government has accepted the decision and says that the goal is within reach, but it is also considering another appeal.