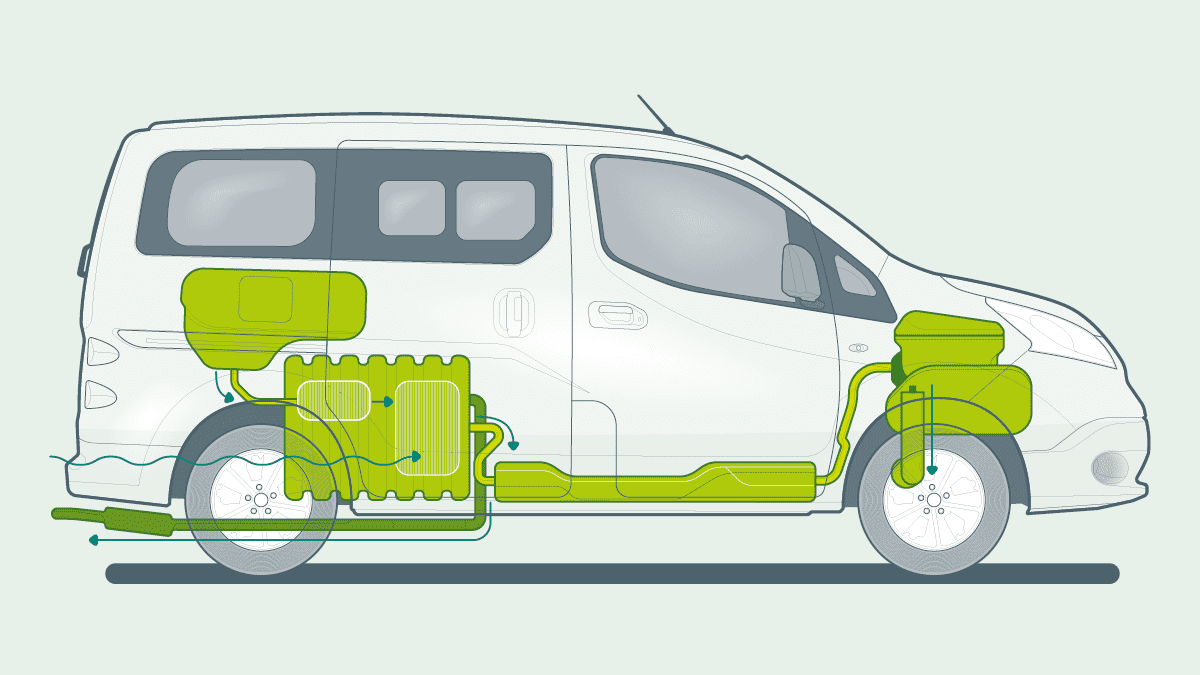 Renewable and widely available in Brazil, ethanol is being considered as an alternative for powering electric vehicles, replacing electricity from the grid and removing the need for plugin systems to recharge lithium batteries. The race to launch a product on the market is being disputed by universities, automotive companies, and researcher centers in Brazil and abroad. The solution requires the development of a technologically and economically viable fuel cell powered by ethanol. Fuel cells are like a kind of battery that convert chemical energy—traditionally hydrogen—into electricity.

Some automobile and auto parts manufacturers based in Brazil have already signed agreements to develop the technology. One involves the participation of the Center for Innovation in New Energies (CINE), an Engineering Research Center (CPE) funded by FAPESP and Shell that unites researchers from the University of Campinas (UNICAMP), the University of São Paulo (USP), and the Institute for Energy and Nuclear Research (IPEN).

The longest-running and most advanced partnership is between IPEN and Japanese automaker Nissan. Originally established in 2019, the agreement was renewed in June this year after making good progress. “With ethanol fuel cell technology, vehicles can be refueled at any gas station in the country, as is already the case today. The ethanol is then converted [into hydrogen and carbon dioxide molecules] and the hydrogen resulting from the process is injected into the cell, generating the energy needed to drive the electric motor,” explains physicist Fabio Coral Fonseca, head of IPEN’s Center for Fuel and Hydrogen Cells.

Hydrogen-powered vehicles produced and marketed worldwide by manufacturers such as Toyota, Honda, BMW, and Hyundai are currently powered by tanks full of the gas. The fuel is pumped into the fuel cell, where it undergoes chemical reactions and generates electricity that drives the engine. The only waste emitted into the atmosphere via the exhaust pipe is water vapor—environmental sustainability is one of the major advantages of this technology.

The ethanol fuel cell designed by Nissan and IPEN makes use of the hydrogen contained in ethanol (C2H6O) to generate energy. The process, explains Fonseca, starts when a catalyst composed of cerium oxide (CeO2) and precious metals breaks down the ethanol molecules to separate the hydrogen. The hydrogen is then injected into a solid oxide fuel cell (SOFC)—so called because its electrolyte is made of a solid material, usually an oxide—which operates between 600 degrees Celsius (°C) and 800 oC. Electrochemical reactions in the SOFC transform the hydrogen into electricity, which is stored in a rechargeable battery and used to power the vehicle (see infographic).

The advantage of the new system is that it does not require pure hydrogen like the traditional model and is able to use the molecules found in ethanol, such as carbon, which is released during the process. “The vehicle does therefore emit greenhouse gases, but these emissions are offset by the planting of sugarcane,” says Fonseca. “It is a fuel with a sustainable production chain.”

Research by IPEN is attempting to reduce the operating temperature of SOFCs to closer to 600 °C. The institute is also trying to replace the use of precious metals, such as platinum and iridium, with others that are more economically available, such as nickel, zirconium, and niobium. “We have already seen promising results at 700 °C,” says Fonseca. An article detailing this advance was published in the International Journal of Hydrogen Energy in January.

Another advantage of SOFCs is their theoretical efficiency, which is 10–20% higher than traditional fuel cells at converting chemical energy into electricity. Nissan’s first prototype car equipped with an ethanol fuel cell was made in 2016 and could travel more than 600 kilometers on 30 liters of ethanol.

Ricardo Abe, head of senior engineering at Nissan Brazil, says SOFCs are a good solution for electric vehicles largely because of the wide range of fuels that can be used. “They can be fueled with ethanol, biogas, or natural gas, using existing supply infrastructure,” he says. Karma Automotive, an American company that specializes in electric vehicles, recently announced that it is planning to test cars powered by methanol (also known as methyl alcohol) fuel cells later this year.

In July, German automaker Volkswagen announced plans to create a biofuels research and development (R&D) center in Brazil, with ethanol fuel cells as one of its objectives. When contacted by Pesquisa FAPESP, the company commented that the R&D center is still in the structuring phase and said it was too early to provide details on the research it will be carry out. 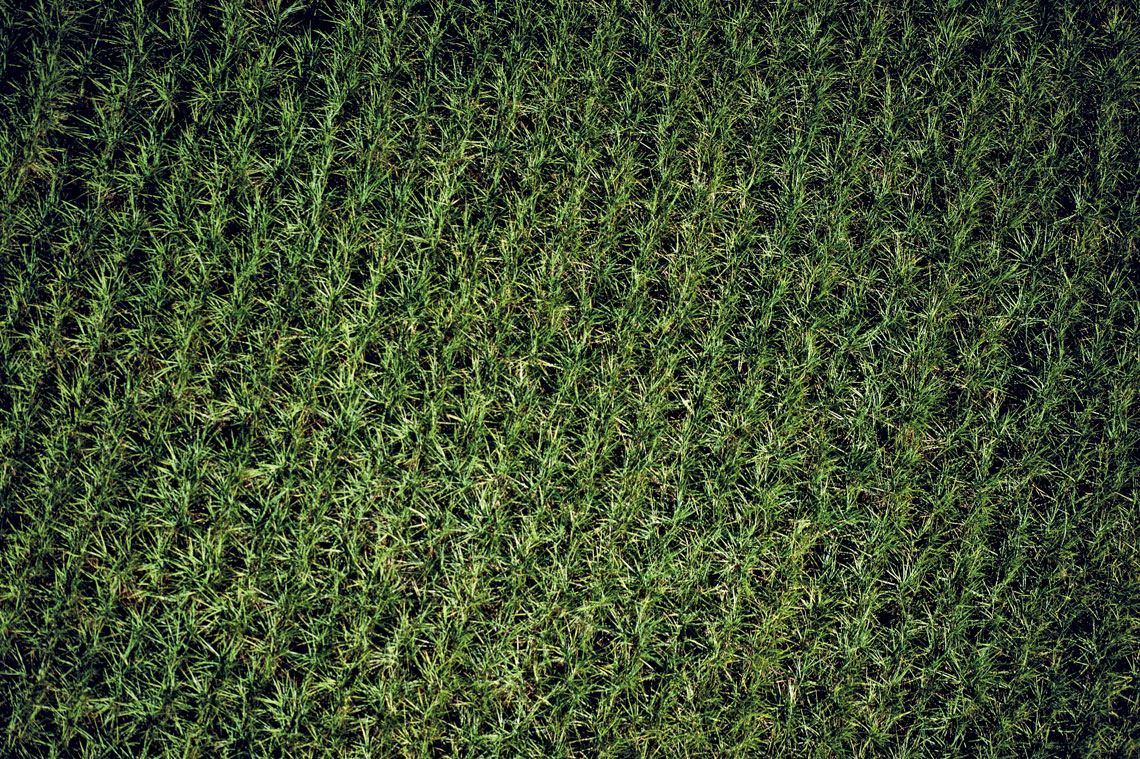 A consortium of companies including Brazilian company Ipiranga and multinationals Mercedes-Benz, Stellantis (Fiat, Chrysler, Opel, Peugeot, and Citroën), Bosch, and Umicore, which specializes in clean production processes, established two partnership agreements with IPEN to develop hydrogen vehicle technologies. The projects are still in the preliminary phases. One involves developing low-temperature fuel cells, which operate at around 100 °C, to enable the use of ethanol as a fuel for electric cars. The other is attempting to create a system that can combine ethanol and hydrogen to fuel traditional combustion engines.

Another consortium composed of Volkswagen, Stellantis, Toyota, Ford, Shell, Bosch, AVL, and Brazilian company CAOA has established a partnership with UNICAMP to develop ethanol fuel cells. The agreement, coordinated by Hudson Zanin, a physicist from UNICAMP’s School of Electrical and Computer Engineering, is funded by FAPESP and the Brazilian Funding Authority for Studies and Research (FINEP).

Zanin explains that the aim is to use third-generation SOFC cells that operate at temperatures of 500–600 °C. The cells will be produced at UNICAMP by additive manufacturing (3D printing) and will use metallic alloys, such as stainless steel, to form ultra-thin, robust, thermally safe layers. An experimental prototype of these cells is being produced by British company Ceres Power Holdings. In Europe, the new cell is being designed to work with methanol and natural gas. UNICAMP plans to build its third-generation SOFC cells in Brazil and develop its own catalyst so that it can use ethanol. “The plan is to have a commercial model available within five to seven years,” says Zanin.

Abe, however, prefers not to make specific estimates about when the system will be available on the market. “We are still in the research and development phase. We have identified the potential and are accelerating studies aimed at developing components for the project on a commercial scale,” he says. Ana Flávia Nogueira, a chemist and director of CINE, believes the ethanol fuel cell will need to be sold internationally if it is to be viable. “It cannot be a technology unique to Brazil if it is to achieve commercial success,” she points out. Zanin, however, believes the technology will spark the interest of other sugarcane-producing countries in Africa, Latin America, and Asia—especially India, the second largest producer in the world behind Brazil.

The use of renewable fuels like ethanol in electric vehicles could help manufacturers overcome major obstacles related to environmental sustainability. Hydrogen has a high calorific value, almost three times higher than diesel, gasoline, and natural gas. It is renewable and emits no pollutants into the atmosphere, only water vapor. 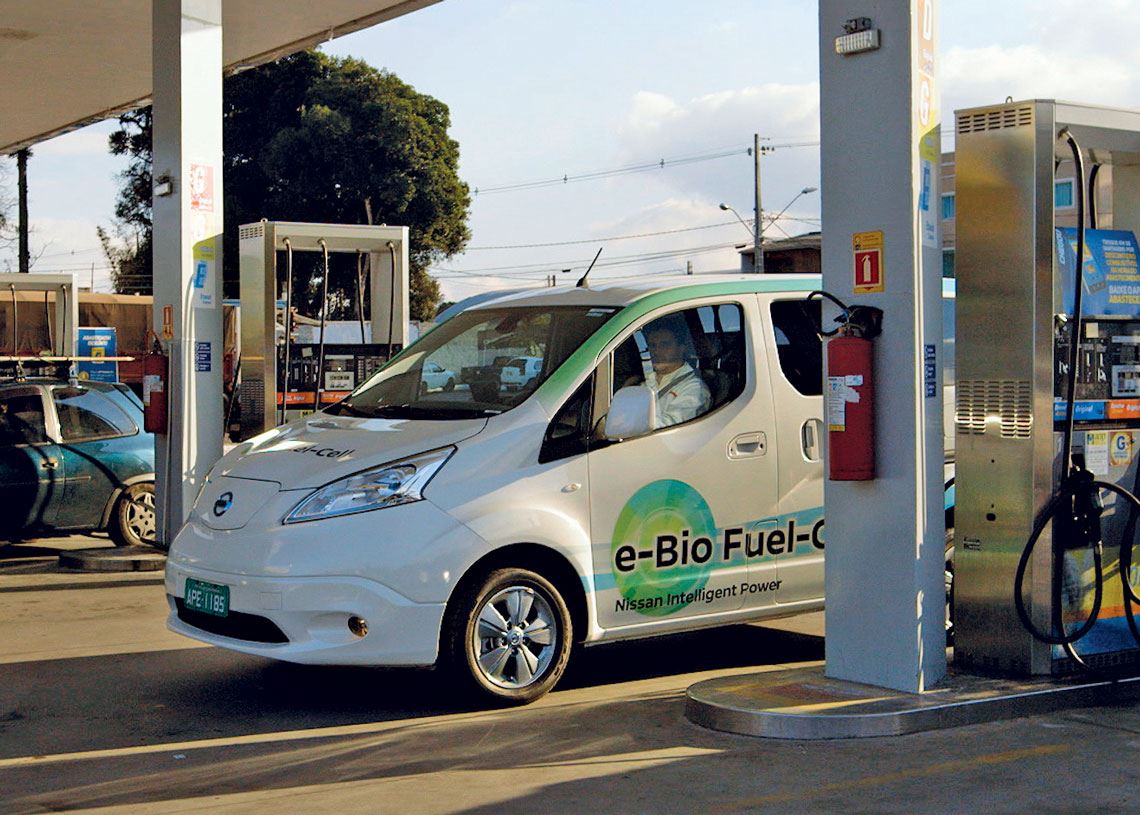 The problem is that it requires a lot of energy to produce. It is traditionally obtained through a process called electrolysis, in which the hydrogen molecule (H2) is separated from the oxygen (O) of water. To be environmentally sustainable, the gas must be classified as green, meaning it cannot use potable water and must be produced using renewable energy sources, such as wind, solar, or biofuels, which includes ethanol.

Another challenge is that hydrogen is flammable and needs to be stored in special shock-absorbent tanks to prevent explosions and leaks. A distribution network capable of supplying vehicles would also need to be constructed. “Using ethanol would allow us to take advantage of the existing distribution network and fuel tanks commonly used in current vehicles,” says Fonseca.

Traditional plugin electric vehicles consume electricity directly from the grid, which predominantly uses fossil fuels, reducing the environmental sustainability of the solution. Another problem is that the batteries are made of lithium, a mineral whose extraction process demands high volumes of water and energy. Improper disposal of the batteries when they reach the end of their life can also have environmental impacts, since lithium is flammable. “To be truly sustainable, electric vehicles need to run on sustainable fuels. That is what an ethanol fuel cell would offer,” says Zanin.

For Brazil, the technology has another use. It would enable the country’s significant ethanol production infrastructure to survive the switch from current combustion engines to electric motors, which is expected to occur over the coming decades. Bloomberg New Energy Finance’s 2020 Electric Vehicle Outlook estimates that 58% of new vehicles sold worldwide in 2040 will be electric.

Brazil’s National Association of Automotive Vehicle Manufacturers (ANFAVEA) projects that electric vehicles will be cost-effective in 2031 and at least a third of new cars sold in the country will be powered by electricity to some degree in 2035, either plugin or hybrids, the latter of which uses a combined combustion and electric engine.