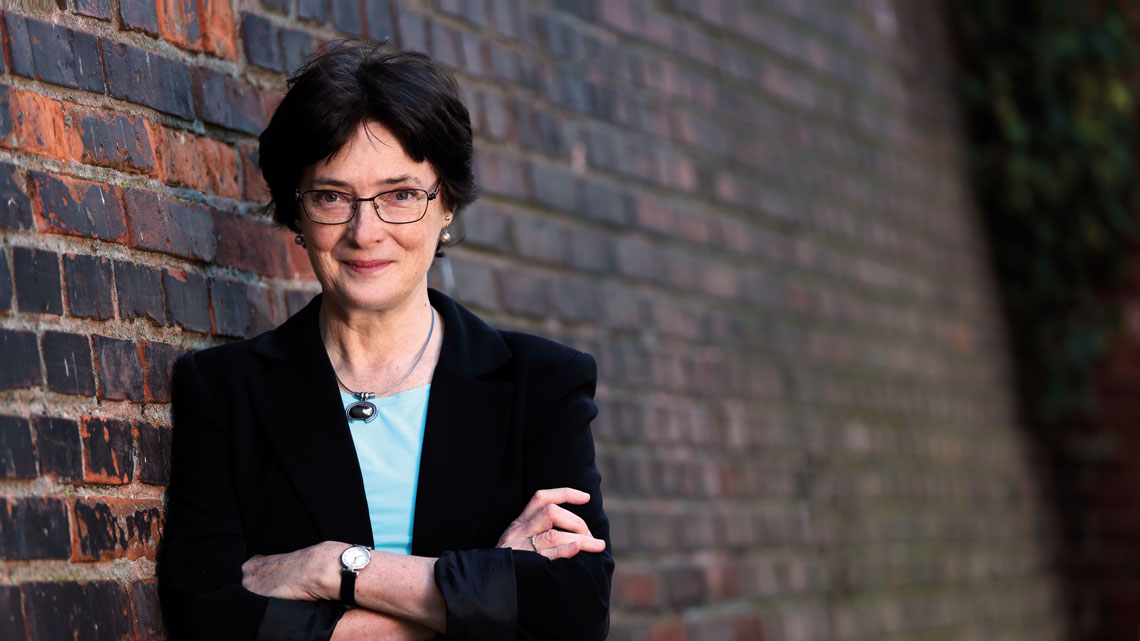 Since taking over the presidency of the Czech Academy of Sciences (AV ČR) in March 2017, biochemist Eva Zažímalová, 64, has been working toward exporting the research produced in the country and strengthening ties with industry—without giving up basic science. She believes one cannot analyze the role of science based solely on the amount invested or the immediate potential for applying its results.

With an undergraduate degree in biochemistry from the Charles University in Prague, Zažímalová will come to São Paulo in March to take part in a workshop promoted by FAPESP and the Technology Agency of the Czech Republic (TA ČR). The goal for the event is to encourage interaction between institutions and researchers from São Paulo and from the European country. In the following interview, Zažímalová discusses the various efforts of AV ČR to integrate Czech science internationally—among other topics.

What are the main goals of AV ČR?
AV ČR was established in 1993. Its main mission is promoting world-class scientific research in various areas of knowledge. This has been accomplished through 54 institutes, all managed by AV ČR, with a staff of nearly 11,000, half of whom are scientists. Another essential part of our mission is contributing to education, either through offering master’s and PhD programs or teaching at some of the top higher education institutions in the country. We also seek to promote the application of knowledge and technologies produced in our institutes to industry and society in general.

How do you assess the performance of the Czech Academy in conducting research in such a wide variety of areas?
For a long time, science in the Czech Republic has been exposed to strong ideological pressures. Nevertheless, it maintained its creative potential and cleared paths that allowed for its integration into the international scientific community. The Nobel Prize awarded in 1959 to chemist Jaroslav Heyrovský [1890–1967] and the international recognition of physicist Armin Delong [1925–2017], one of those responsible for the development of electron microscopy, are proof of this. These successes were followed in the 1990s by that of chemist Antonín Holý [1936–2012], whose research helped improve treatment for people with AIDS and hepatitis B. The recent rise of Czech science can be largely credited to the AV ČR researchers, who obtained substantial resources from the European Research Council for research in various fields.

And how do you decide what areas to invest in?
We do this through a periodic assessment of our institutes. This is accomplished with the help of international experts. First, we select the results obtained by the research teams and send them for peer review. The same is done with the institutes and their researchers. Based on the assessment results, we decide how to distribute the resources to each institute―recommending, when necessary, any desirable organizational changes. The results of this effort are currently reflected in the quality of the research conducted by AV ČR. While our scientific staff is only 13% of that of all Czech research institutions, we produce one third of the country’s scientific results.

How do you promote Czech science internationally without giving up the needs of Czech society?
We have invested in several initiatives to try and overcome the challenges faced by Czech society in recent years. One of them is the Strategy AV21 platform, launched in 2015, through which we address socially relevant issues, such as the future of energy and food production in the Czech Republic, the health of its citizens, and natural threats. There are also the AVexes―scientific reports by researchers from AV ČR on important social issues―released to members of the national parliament, government ministries, and Czech parliamentarians in the European Parliament. The first such report focused on big data; the second on the quality of drinking water. But we have also produced reports on drought and genetically modified organisms, for example.

AV ČR traditionally promotes collaboration between academia and industry. How do you achieve this?
A few years ago, we established the Academy Council of Cooperation with the Sphere of Business and Application. Its main mission is identifying the most efficient ways to apply the results of research done at AV ČR. The Strategy AV21 platform also helps expand contact between these two areas through the Application Laboratories project, whose aim is establishing a bridge between our institutes and industry partners, as well as supporting collaborations between the academic and business spheres. We established the Technology Transfer Center, which works to protect intellectual property and coordinate the transfer of knowledge and technology. In 2017, we started a collaboration with the Fraunhofer Institute in Germany, which has extensive experience in the commercialization of research results.

How does the academy benefit from these collaborations?
By obtaining financial resources for future research. The research of Professor Antonín Holý, who I mentioned earlier, is such an example. In 2006, the North American company Gilead Sciences, in a partnership with our Institute of Organic Chemistry and Biochemistry, established a research center focused on the development of new drugs for the treatment of people with AIDS and hepatitis B. Between 2007 and 2016, this institute contributed approximately US$100 million to the federal budget through taxes. Part of that was later turned into funding for AV ČR.

How do you feel about the importance of basic research and promoting the funding of projects motivated by the intellectual curiosity of scientists?
We cannot analyze the role of science based solely on the amount invested or the immediate potential for applying its results. Investing in science means investing in the future. Science is fundamental for the efficient production of material goods and for the sustainable development of societies, in addition to having a strong influence on the cultural and economic development of national communities. Promoting cuts in funding for basic research is short-sighted in terms of what science is and how it works. Basic research is necessary for the sustainable development of societies, not only in terms of producing new knowledge and technologies, but also of developing new ideas. Creating adequate financial conditions for basic research, thus guaranteeing a free choice of topics, is the best strategy for obtaining new qualitative knowledge for technological development and economic prosperity in the long run.

How do you promote international cooperation?
We mainly focus on agreements with partner organizations abroad involving scientific cooperation projects in specific areas. We also work on organizing international scientific meetings to promote contact between scientists from AV ČR and from other countries. They collaborate through study-abroad programs, joint mobility and mobility-research projects, and research and education activities for young researchers in other countries. Today, AV ČR has 40 bilateral collaboration agreements with foreign organizations. We want to expand this to include other Brazilian scientific organizations.

FAPESP has signed cooperation agreements with the Czech Science Foundation and the Technology Agency of the Czech Republic. What are your expectations for these partnerships?
That they encourage cooperation between researchers and institutions from both countries and facilitate the exchange of information, skills, and techniques in areas of common interest. These collaborations have the potential to not only contribute to the desirable development of specific scientific fields, but also to increase the prestige and scientific competitiveness of institutions in both countries.

Which areas can benefit most from these agreements?
Czech science has traditionally excelled in areas such as mathematics, physics, scientific instrument engineering, organic chemistry, and biochemistry. I see opportunities to strengthen scientific cooperation between our countries in these areas―although other areas may also benefit. However, another major field that could benefit is research on climate change and the environment in general. We have a lot to offer our partners in São Paulo. Cooperation between our scientific institutions has potential that has not yet been fully explored.