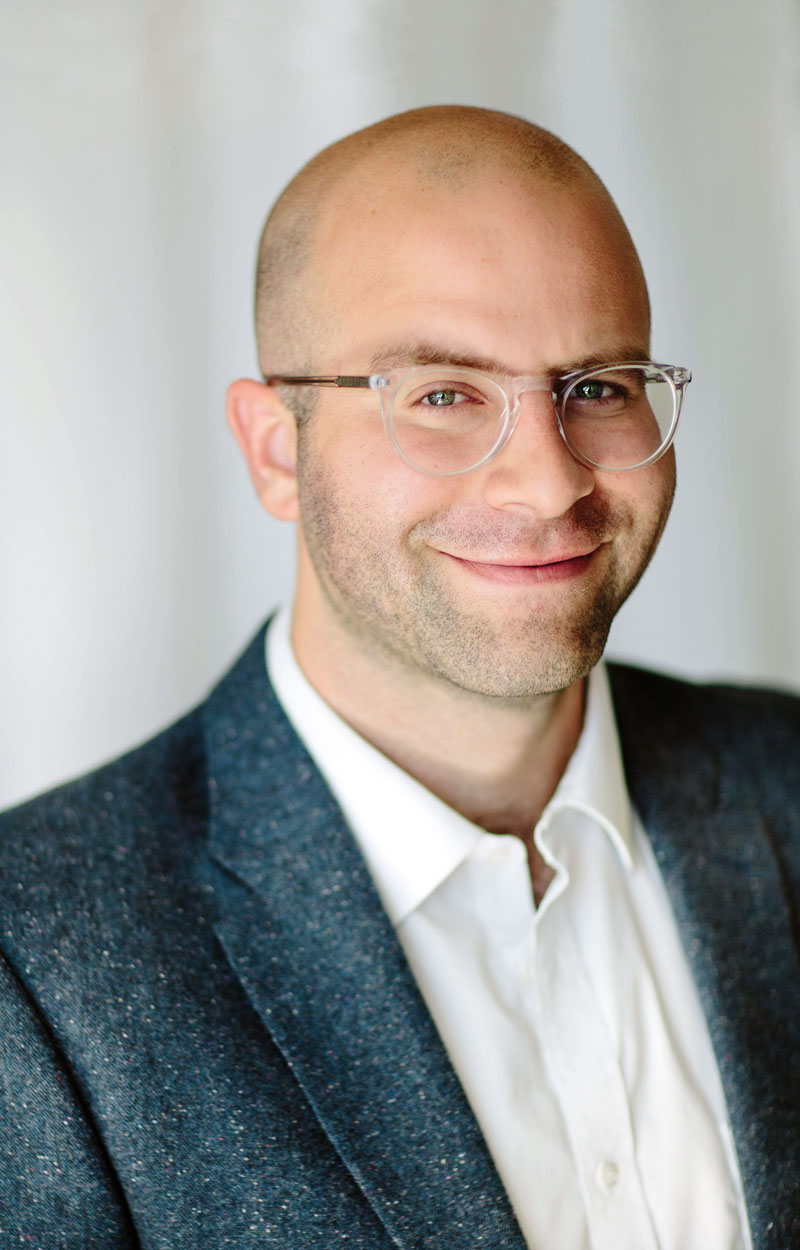 Brazil has made important advances in recent decades toward consolidating an environment focused on innovation, but it still needs a great deal of effort to become a global hub for the development of new technologies. This is the assessment of American researcher Ezequiel Zylberberg, 32, from the Industrial Performance Center of the Massachusetts Institute of Technology (MIT)—a specialist in Brazil’s innovation ecosystem.

Zylberberg is one of the editors of the 2019 book Innovation in Brazil: Advancing development in the 21st century, the result of a five-year research project commissioned by the National Service for Industrial Training (SENAI). He argues that long-term investment in science, education, and innovation is essential for the emergence of cutting-edge businesses that can compete in the global market.

The book is coedited by Elizabeth Reynolds and Ross Schneider, both from MIT, and features articles by both foreign and Brazilian researchers. The book also includes contributions from FAPESP directors Carlos Henrique de Brito Cruz and Carlos Américo Pacheco, University of São Paulo (USP) professors Glauco Arbix and João Fernando Gomes de Oliveira, and the president of the Brazilian Agency for Industrial Research and Innovation (EMBRAPII), Jorge Almeida Guimarães.

In the following interview with Pesquisa FAPESP, during a visit to Brazil, Zylberberg analyzes the ups and downs of the country’s innovation ecosystem and discusses inspirational world-class Brazilian projects.

What is your view on Brazil’s innovation environment?
Brazil’s innovation system has grown a lot in recent years. Since the end of the 1990s, there have been several federal initiatives to foster innovation in the country, such as the creation of the Science and Technology Sectoral Funds, in 1999, the Technological Innovation Law in 2004, and the so-called “Lei do Bem” [a set of tax incentives for R&D to boost innovation] in 2005. A robust system was created in a short amount of time. There are also universities doing quality basic research, getting articles published, and filing patents. The issue is how to translate these new ideas, papers, and technologies into products and services that impact people’s lives. This is essential for innovation.

Does this translation of good ideas into products not happen in Brazil?
Although the country has a good educational and scientific production system, sometimes political and macroeconomic instabilities hinder its ability to translate ideas and knowledge into new products. But it is not accurate to say that there is no innovation capacity in Brazil. There are innovative businesses and researchers focused on creating products for the market—although they are exceptions. Brazil needs a regulatory system that boosts innovation.

What are the main conclusions of the book Innovation in Brazil: Advancing development in the 21st century?
The first is that industrial and innovation policies need to have a closer relationship and support one another. Brazil’s industrial policy has stimulated the development of new productive capacity in the country, but it is old and has not driven innovation. An example is the “Lei de Informatica,” created in 1991 and aimed at the electronics and computer goods sector—or, more recently, the regulations that defined local content requirements in the automotive and oil and gas sectors. They encouraged businesses to invest in research and development [R&D], but I believe these incentives are not always aimed at strengthening suppliers in these sectors. In the current era of global value chains, it makes more sense to create an industrial and innovation policy that supports the development of Brazilian suppliers that can compete on a global level.

Should Brazil promote strategic sectors?
This is an important point because Brazil has a history of supporting everything. The issue is that, if everything is important, then nothing is important. It is necessary to assess the existing and emerging opportunities for Brazilian industry to compete globally. There are some areas in which Brazil is not yet competitive, but it has the foundation for it. It is necessary to identify these sectors and the government must support them through incentives and smart investments, boosting the development of products, ideas, and business models focused not only on the domestic but on the global market. The rest can be left to the private sector.

Is focusing on specific areas a strategy adopted by other countries?
Yes, several countries with successful industrial strategies have focused on certain industrial sectors or major issues. China, for example, decided some time ago that it wanted to be a global leader in artificial intelligence [AI]. It allocated money and invested in research to create an AI knowledge base. Today, it is the second or third global power in this segment. This requires long-term vision and stability. On certain occasions, Brazil has faced important issues and created new solutions—not only for itself, but for the world. For example, this was the case with ethanol and flexible fuel engines [which run on both gasoline and alcohol].

What is the role of universities in fostering innovation?
Bureaucracy exists in every university in the world, but in Brazil it is excessive and often hinders businesses that want to fund projects within the academic environment. Universities should have rules that help expedite these investments because the industry’s timeline is very short: it needs to innovate, develop products, and launch them quickly to be able to compete. If the university takes six months to assess a funding project, the business ends up losing a window of opportunity.

The book also draws attention to the importance of institutional innovations.
In recent years, Brazil has created several models of interesting innovation-boosting institutions, such as EMBRAPII, the FAPESP Engineering Research Centers, and the SENAI Innovation Institutes. They are important because they help promote the translation of good ideas into products and services. Once it leaves the university, a technology is not necessarily ready for the market. It often needs to mature. And a business is not going to invest in a technology that is three, four, or five years away from being market-ready. Intermediate institutions are necessary to fill this adaptation role and, at the same time, bring together the different actors involved in this process.

Why do Brazilian entrepreneurs seem averse to innovation?
Brazil’s private sector invests little in R&D, about 0.5% of GDP [Gross Domestic Product]—compared to, say, 2% in the United States, 2.9% in South Korea, 4.5% in Israel. The first reason is simple: there is no need to invest. With a market that is protected and isolated, and where there aren’t many alternatives available for the consumer, there is no need to innovate in order to compete. Closed markets are good for small businesses or startups. This is what South Korea and Taiwan did. They started out with the idea of replacing imports, but over time they started to encourage exports and made sure any subsidies and aid to these companies depended on their ability to export, and not solely to produce and supply to the local market. Brazil never did that. It always remained focused on the domestic market. This encouraged a lack of competitiveness at the global level, which hinders the ability to innovate. 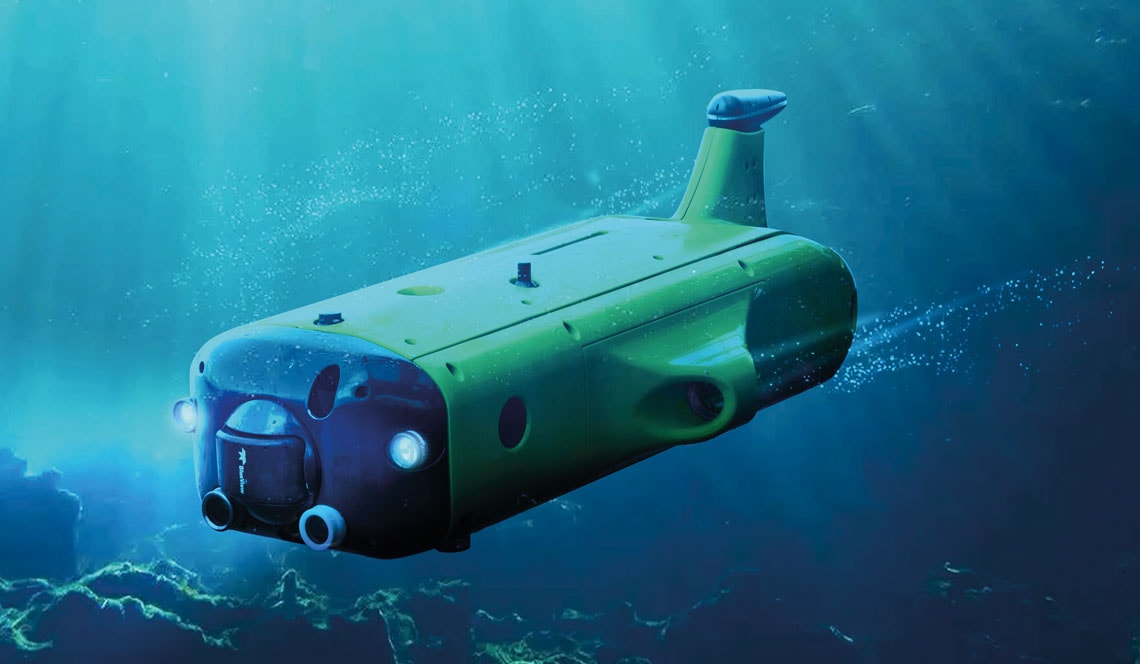 Is the private sector averse to risk?
Uncertainty is inherent to innovation. It may be temporal uncertainty, as it is not known when this technology will be ready to become a product, or economic uncertainty—since, at times, the size of the market for that technology is unknown. Or it may be scientific uncertainty: it is not known whether it will work. Any kind of innovation will always involve uncertainty. But Brazil also has institutional, political, and macroeconomic uncertainties. With political instability and, until very recently, extremely high interest rates, investors have not felt encouraged to direct resources toward high-risk projects, since they could make money in other ways. There are also laws and regulations that encourage investment in R&D but discourage risk-taking. Consider the case of the Lei de Informática, whose requirement is to invest a percentage of the profit obtained in the country in R&D, within the business itself or through institutes and universities. It is not always known whether the project in question will fall within the scope of the law—and it can be harmful to the entrepreneur to invest in projects that are not considered innovative. Sometimes, existing rules discourage business investments in technological innovation processes.

What existing innovation projects in Brazil can be inspiring?
Despite all the challenges, Brazil has had success stories. One example is the project that originated Flatfish, an autonomous underwater robot that inspects and monitors offshore oil rig installations [see Pesquisa FAPESP issues no. 244 and no. 273]. The initiative was led by SENAI CIMATEC, in Salvador, partnered with the DFKI [German Research Center for Artificial Intelligence], EMBRAPII, the company BG Brasil—a subsidiary of Shell, among others. It was something new for both Brazil and the world. Another example is Porto Digital in Recife [Pernambuco State]. It was created to solve a problem: the city was losing its computer and engineering graduates to São Paulo, due to not offering enough job opportunities. Silvio Meira, Cláudio Marinho, and other researchers from Pernambuco had the idea to promote the development of a software industry in Recife. Knowing the history of the Northeast, no one would think of developing a hub like this there. But it was developed, and it became a source of startups and technology. Multinationals, such as Fiat and Accenture, have set up R&D centers in the city. All because of their ability to implement a strong innovation ecosystem, with institutions such as the Center for Advanced Studies and Systems in Recife [CESAR], UFPE [Federal University of Pernambuco], among others.

Are there other examples?
There is one innovation project worth mentioning, called a silent aircraft, involving Embraer and FAPESP. It arose from the need to reduce the noise emission of airplanes during takeoff and landing. As a result of this need and facilitated by a long-term program, which involved several São Paulo universities, including USP, UFSCar [Federal University of São Carlos], and ITA [Aeronautics Institute of Technology], Embraer—and now also Boeing—employ researchers specialized in aeroacoustics, technological capacity, and tools. Brazil has gained respect in this area thanks to the investments made by Embraer and FAPESP.

How do you assess the role of FAPESP in the Brazilian innovation ecosystem?
In recent years, the Foundation has created successful innovation-fostering programs, such as RISB [Research for Innovation in Small Businesses program; PIPE in the Portuguese acronym], PITE [Research Partnership for Technological Innovation Program], RIDC [Research, Innovation, and Dissemination Centers], and Engineering Research Centers. They helped create innovative businesses and encouraged foreign companies to begin or increase their R&D expenses in the country. This was the case with IBM in the artificial intelligence field. Without the partnership with FAPESP, I am not sure whether the company would have made this investment in Brazil. In a country without the optimal conditions to attract R&D investment from abroad, an institution like FAPESP has a fundamental role.

When you visited Brazil last year, you stated that the lack of investment in innovation could be catastrophic for the country. Why is that?
When it comes to innovation, the narrative is dominated by what goes on in Silicon Valley, California, where disruptive technologies emerge quickly all the time. But what is not often mentioned is that these innovative processes took place because of long-term investments in education, science, and technological development. That is the only way to develop cutting-edge businesses. Disruptive technologies do not arise overnight; their development takes years. The recently announced cuts to public research support programs, to investments in technological development, and to graduate grants in Brazil are very serious. They can jeopardize the future of the country. It is the federal government’s role to fund science, education, and, sometimes, technological development. And that must be a long-term strategy.