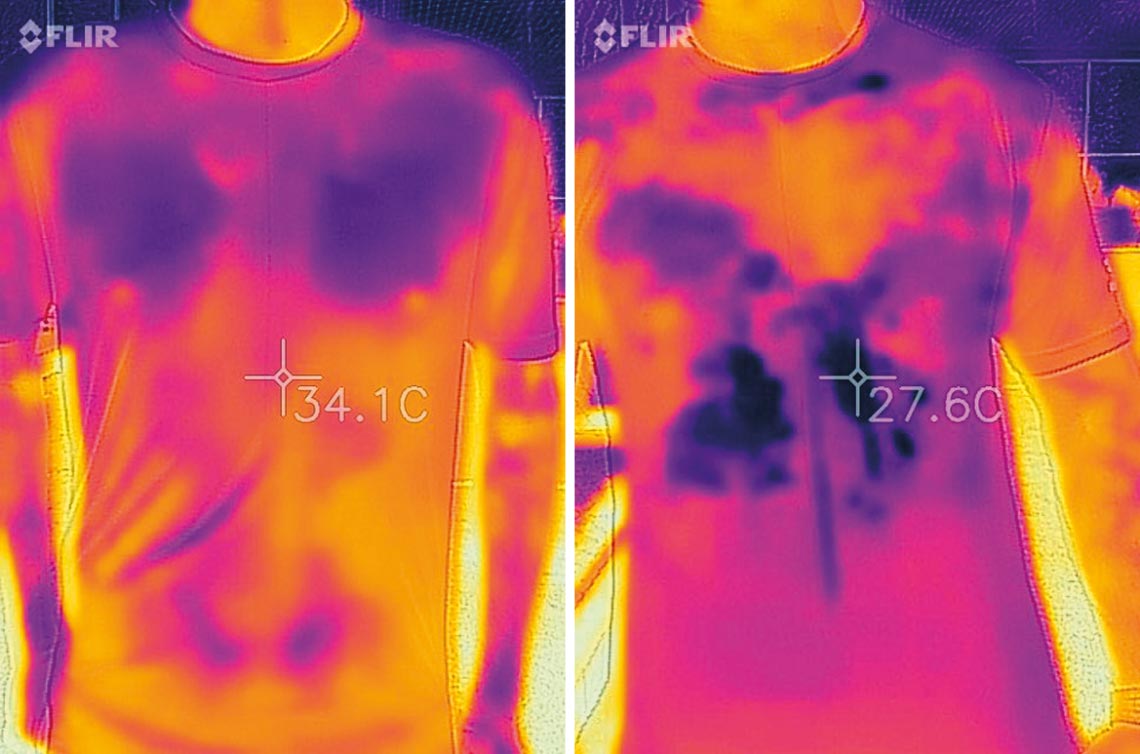 Infrared image of fabric containing nanostructured material (left) that reflects heat, and a fabric without the nanocomponents (right)

Brazilian researchers and businesses are using textile fibers that contain nanometric particles to develop fabrics with special properties. Silver, copper, and zinc nanoparticles, for example, help to eliminate fungi and bacteria, and are being used in anti-body-odor fabrics. Nanoparticles of inorganic materials may be added to fabrics singly or in combination, giving them different characteristics. Nanox, a company based in São Carlos, in the interior of São Paulo State, has been working with clothes manufacturers to produce fabrics with distinct physical and chemical properties. As well as those that prevent bad odors, they have created others containing microspheres coated with zinc oxide, aluminum, or titanium nanostructured films that reflect infrared and ultraviolet rays. In tests involving exposure to the sun, the fabric containing nanostructured material remained up to 6.5 degrees Celsius cooler than one with no nanocomponents. “Existing fabrics designed to protect against the sun only block or reduce the passing of ultraviolet rays. The microspheres we developed also reflect infrared,” chemist Daniel Minozzi, cofounder and operations director at Nanox, told Agência FAPESP. The company has received funding from FAPESP through the Technological Innovation in Small Businesses program (PIPE) and has also created a method for storing repellents and insecticides in microparticles. “We already have some fabrics with these properties in the final stages of development,” Minozzi said.