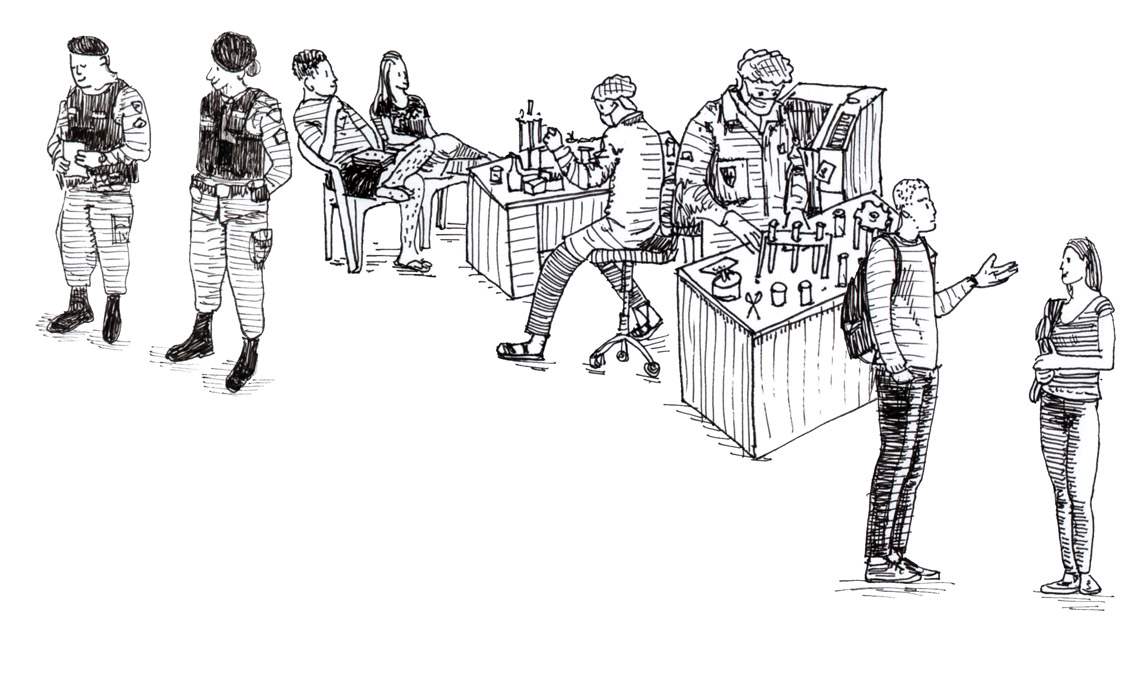 Communication efforts with academia have contributed to investigations by the scientific police into new illegal substances circulating countrywide. Technological advances enable the improvement of neighborhood safety and the search for individuals with open arrest warrants.

With resources from the Brazilian Federal Agency for Support and Evaluation of Graduate Education (CAPES), since last May a project to investigate new psychoactive substances has brought together researchers and graduate students from the University of Campinas (UNICAMP) and the University of São Paulo (USP), criminal experts from the National Institute of Criminalistics of the Federal Police, from the Technical-Scientific Police Oversight Group of the State of São Paulo, and from the Forensics Department of the State of Sergipe. Their goal is to chemically analyze and classify synthetic drugs produced in a laboratory that cause effects like those of other known substances, such as cocaine and marijuana.

Through the partnership, new substances seized are analyzed and described by the scientific police. Later, they are sent to universities for testing for toxicological effects on the body. “Substances that we are not aware of are not yet classified as illegal, making the fight against drug trafficking more difficult. This also harms health agencies, limiting how they can help people,” explains pharmacist and biochemist Júlio de Carvalho Ponce, director of the Center for Narcotics Testing of the Scientific Police of São Paulo, who last year completed a PhD in epidemiology at USP.

Read more:
– A bridge to security

Some studies focus on security systems. In a postdoctoral project finished this year with funding from FAPESP, Alcides Eduardo dos Reis Peron, an international relations and economics graduate, investigated the monitoring of smart cameras in the city of São Paulo, through research with private detectives. “The city has a large number of public and private cameras that are linked to police systems,” says Peron, a researcher at the Center for the Study of Violence (NEV) at USP. He shares that businesspeople negotiate the installation of cameras with resident associations, and the devices may or may not be integrated with the police. “One positive aspect is that monitoring systems pave the way for private businesses to participate in the management of public safety and collaborate with community policing in neighborhoods,” he says.

In postdoctoral research funded by FAPESP, Daniel Edler Duarte, an international relations graduate and researcher at NEV, analyzes the use of facial recognition devices in predictive policing strategies. “They include the installation of facial recognition cameras in cities and vehicles to identify individuals with open warrants,” he explains. Despite their effectiveness in specific situations, Duarte emphasizes that these systems need improvement as misidentification does occur. He explains that the tool is based on algorithms, which are designed to recognize unique traits of individuals from databases containing information about people’s faces. “The systems are based on a database that is mainly made up of characteristics of white people. As a result, the most significant errors occur when identifying Black people,” he shares as one of the points in the system that requires improvement. “Furthermore, arrest warrants can range from theft to murder, which can lead to a violent approach by the police in cases where there is no need for such,” he concludes.