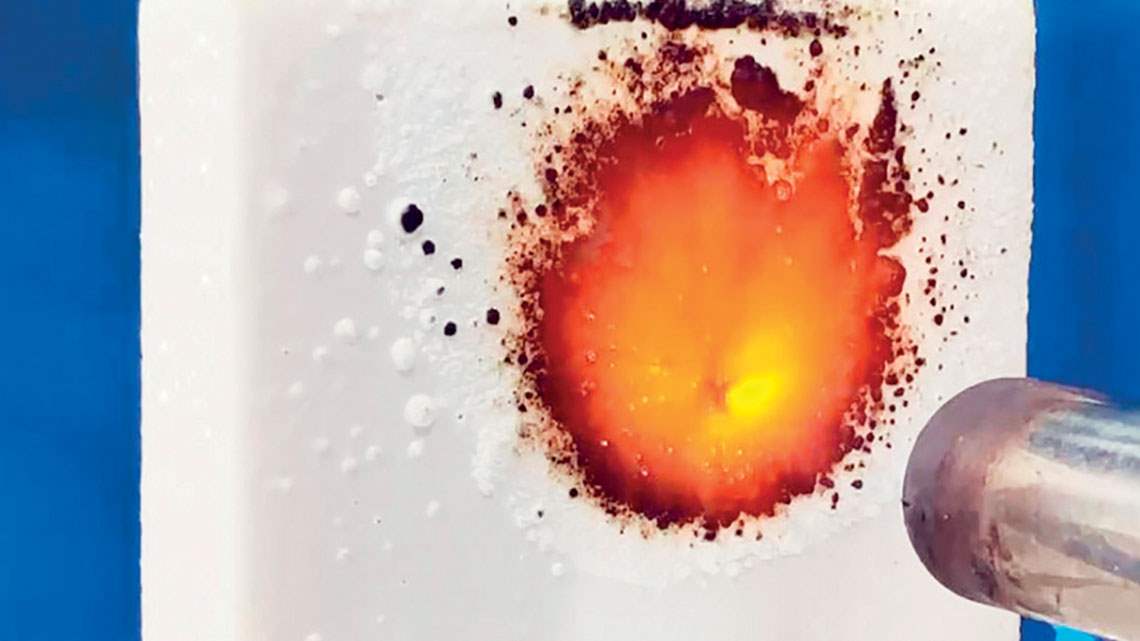 A group of researchers from China and Australia has developed a promising fire-retardant coating inspired by the properties of lava. Made of metallic and glassy oxygen-containing compounds, lava is heat-tolerant and fluid. To mimic these properties, chemist Pingan Song from the University of Southern Queensland, Australia, and his colleagues mixed powdered metal oxides with boron nitride, a heat-resistant compound. They then added a fire-retardant polymer. The oxides melt at low temperatures—around 350 degrees Celsius (ºC), less than the heat of the flames—and form a kind of glass film. As the glass forms, the boron nitride fits into the spaces between the oxides and increases the material’s heat resistance. The fire-retardant polymer acts as a glue, helping the mixture adhere to different materials. When sprayed on a block of foam, a piece of wood, and a steel blade, it prevented them from burning even after 30 seconds of exposure to a 1,100 ºC blowtorch flame (photograph) (Matter, January 6).