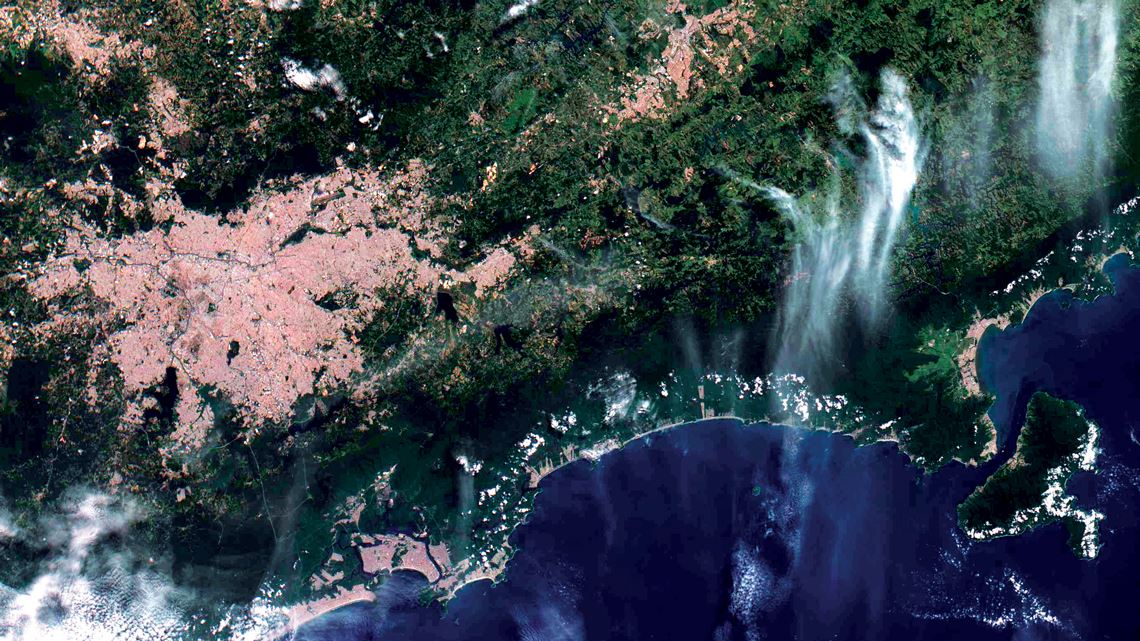 The Brazilian National Institute for Space Research (INPE) has released the first images taken by Brazilian satellite Amazonia-1. The high-resolution photographs include images of the metropolitan areas of São Paulo (below) and Rio de Janeiro, areas around the Sobradinho Dam and the São Francisco river in Bahia, and a reserve in the Bolivian Amazon. Amazonia-1 is the first Earth observation satellite fully designed, built, tested, and operated by Brazil. It was put into orbit on February 28. Shortly afterwards, satellite trackers in the USA and Italy detected that Amazonia-1 was behaving abnormally, raising suspicions that it was out of control. But INPE reported no problems and stated that the satellite was operating normally. The plan is for Amazonia-1 to join the CBERS-4 and 4A satellites in collecting data for INPE’s Real-Time Deforestation Detection System (DETER). It will also be used to support agriculture and to monitor coastal zones and environmental disasters.