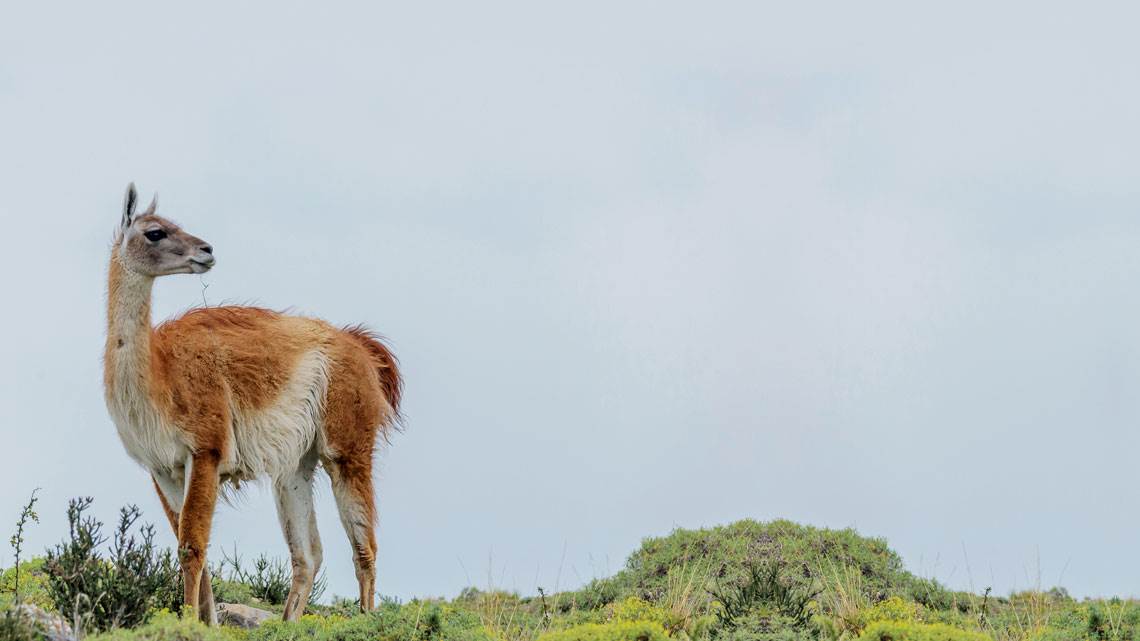 Guanaco specimen, a current species of Camelidae with which the fossil was initially confused

In 1994, a team of paleontologists from the Pontifical Catholic University of Minas Gerais (PUC-MG) described fossil fragments of a camelid found in Campo Formoso, a municipality in northern Bahia. The researchers said it was the prehistoric remains, with an estimated 20,000 years of age, of an example of the current guanaco (Lama guanicoe), a type of wild llama that lives in the Andes and Patagonia. However, a recent study suggests  reclassifying the material, composed of jaw and foot bones. According to the work, these parts of the skeleton belong to a new extinct species of camelid, named Hemiauchenia mirim. Unknown until now, H. mirim would have been a close relative of the guanaco.

In Greek, hemi means half and auchenia means long neck. Mirim comes from Tupi and means small. The name of the species refers to its reduced size compared to the other species of the genus. With an average size of 1.5 meters and around 100 kilos, H. mirim would be one of the smallest known forms of camelid in South America.

It may seem to be just a mere detail, but a reclassification such as this has important implications for understanding what the environment was like in the Brazilian Intertropical Region—an area that covers the Northeast, Goiás, Minas Gerais, Espírito Santo, and Rio de Janeiro—during the late Pleistocene. This geological age spans from between 129,000 and 11,700 years ago. Its end is marked by the conclusion of the last known ice age.

Nowadays, guanacos live in extremely dry and cold zones where grasses are predominant, such as the Andes and Patagonia, in areas of Peru, Bolivia, Chile, and Argentina. It is a different habitat from the climate and vegetation found in the Brazilian Intertropical Region today. “If it really was a guanaco, the camelid fossil from Bahia would be an indicator that the environment there, around 20,000 years ago, would have been arid and with much lower temperatures than at present,” says Argentine paleontologist Mario Cozzuol, from the Federal University of Minas Gerais (UFMG), coauthor of the scientific article that advocates the reclassification of the material, published in April in the Journal of Quaternary Science. “That would be surprising. We do not know of fossils of other animals that support such a natural scenario in this region at the end of the Pleistocene.”

All known species of the genus Hemiauchenia have been extinct for at least 12,000 years. But there is paleontological evidence that they lived in more diverse environments than the guanacos, including dry, hot areas with shrubby vegetation from north to south of the Americas. According to the authors of the study, the climate and vegetation in the Brazilian Intertropical Region at the end of the Pleistocene were not very different from the current conditions, a scenario more compatible with a camelid capable of establishing itself in different types of habitats.

To propose the reclassification of the material, the authors of the new study dated the jaw of the fossil from Campo Formoso using the carbon-14 method and compared its tibia and femur bones with those from examples of guanacos from collections in the Natural Science Museum at PUC-MG and the La Plata Museum, in Argentina. Together with biologists Mário André Trindade Dantas, from the Federal University of Bahia (UFBA), and Marcelo Greco, a master’s student under his supervision at UFMG, Cozzuol also inferred the basic composition of the plant diet of the ancient camelid from the Northeast by identifying an isotopic ratio called delta carbon-13. This index reflects the existing proportion between two different forms of carbon atoms, the rare and heavy 13C and the light and abundant 12C. 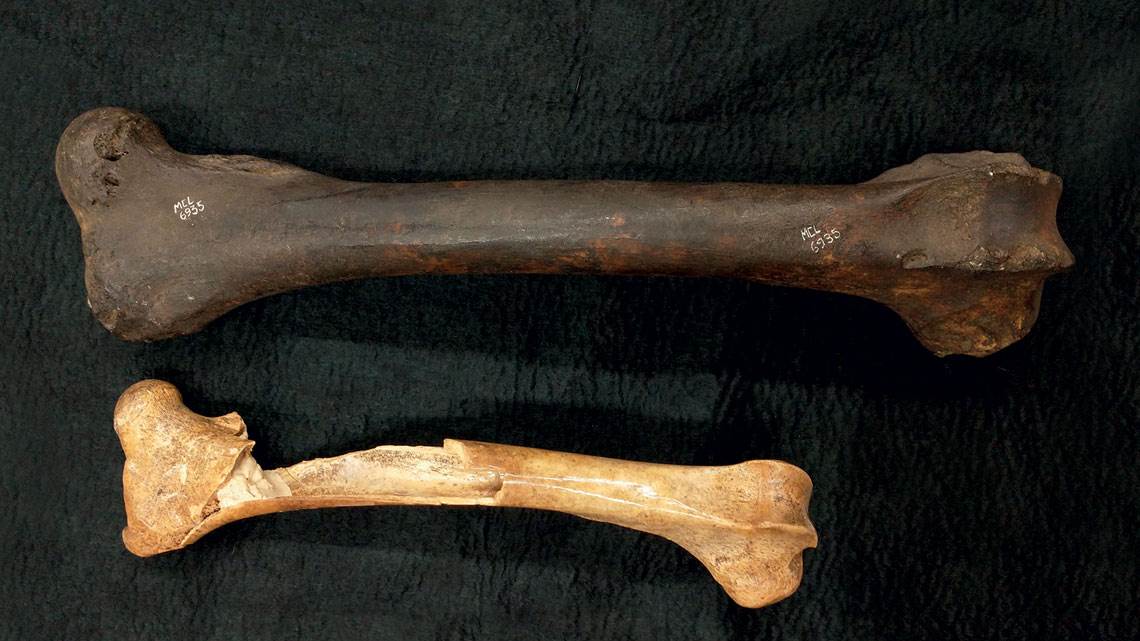 The team analyzed the enamel from the teeth, one of the organic materials that stores these forms of carbon and calculated the index. From the delta carbon-13 value, it is possible to deduce what type of plant was preferentially consumed, whether it was grasses or more woody plants. The isotopic data suggests that the specimen of H. mirim, unlike the guanacos, primarily ate branches and leaves from shrubs, and not grasses and pasture. “These analyses indicate not only what the animal ate, but also the type of food available in its habitat,” explains Cozzuol.

By eating the leaves and branches of shrubs, H. mirim probably helped disperse, through feces, seeds from the plants it ingested. Near the end of the Pleistocene, around 20,000 years ago, the small camelid would have lived with much larger animals of the extinct megafauna. Jaguars and saber-toothed tigers may have been their predators. During this period there was an enormous camelid (now extinct) in South America, including in the Lagoa Santa region of Minas Gerais, called Palaeolama major, which weighed up to 200 kilos.

As more fossils of the genus Hemiauchenia have been found in North America, the researchers consider that these camelids must have come from there and migrated south during the Great American Interchange. Around 2.7 million years ago, the Isthmus of Panama formed because of tectonic activity and became a natural bridge between the two great and previously unconnected blocks of the Americas. At the time, many species of fauna passed from one part of the continent to the other, including camelids.

For paleontologist Carolina Scherer, from the Federal University of Recôncavo Baiano (UFRB), the reclassification of the fossil from Bahia shows the importance of reexamining pieces from old collections. “The taxonomic classification of the genus Hemiauchenia is still a little confusing and is based on the analysis of very fragmented materials,” says the researcher, who studies camelids, but did not take part in the work of the group from UFMG. “There are various species of which we only know the teeth or a bone from the skull. They need to be reviewed, particularly the species from North America.” In principle, Scherer does not disagree with the proposal to create a new species to designate the material from Campo Formoso. “But it would be necessary to compare it with an even larger collection of fossils to better support the proposition made,” ponders the paleontologist from UFRB.