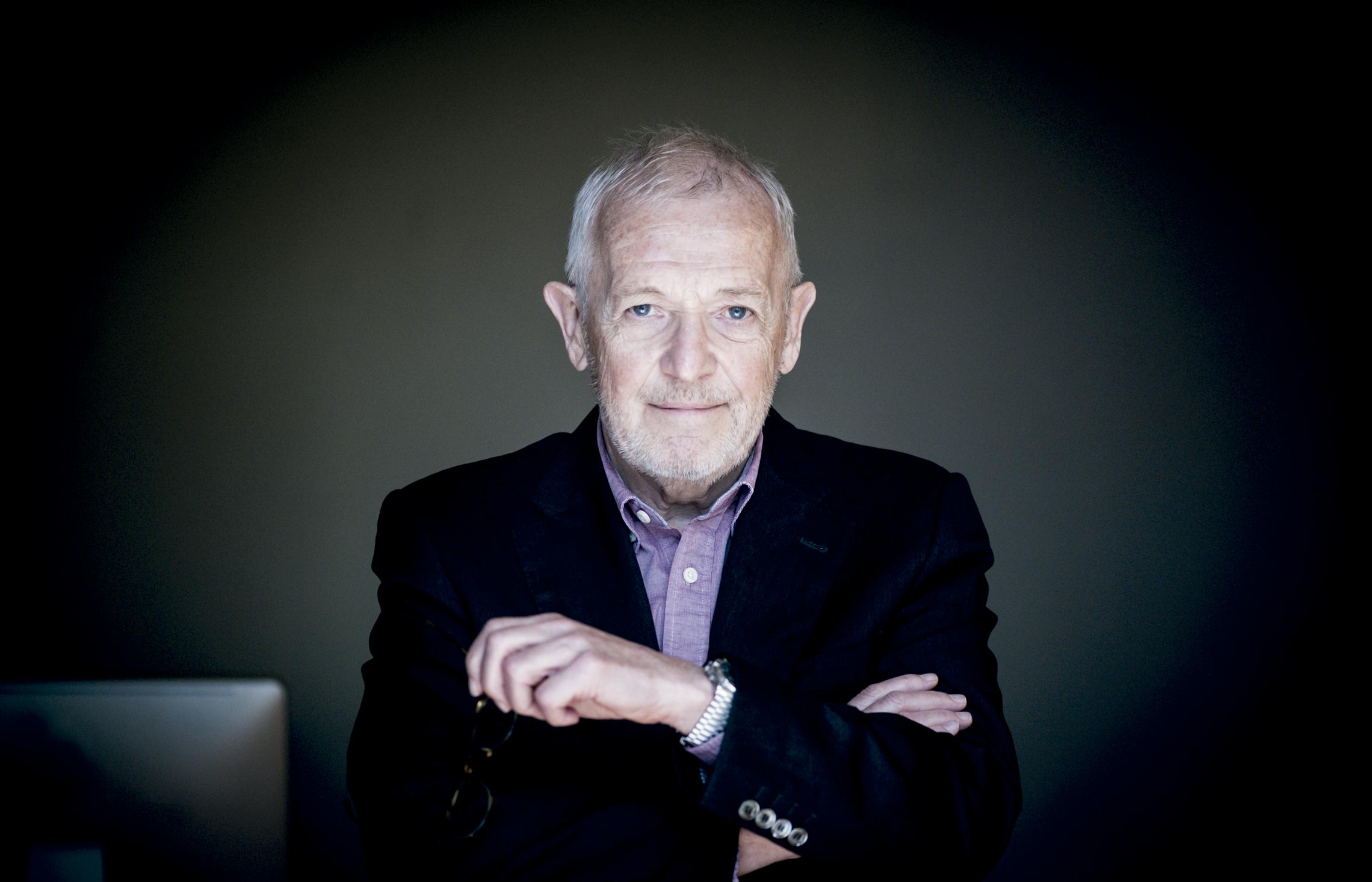 Francis Halzen, 74, a professor at the University of Wisconsin-Madison, USA, works in the overlap between particle physics, astrophysics, and cosmology, and has spent more than 30 years conducting experiments at the geographic South Pole in Antarctica, attempting to detect high-energy neutrinos from outer space. In 1987, he began working with AMANDA, a first-generation neutrino telescope that was later succeeded by the IceCube Neutrino Observatory. Operating since 2003, the IceCube consists of a network of 5,160 detectors installed 1.5–2.5 kilometers under one billion tons of ice in the vicinity of the Amundsen-Scott research station.

As lead scientist at the 279-million-dollar observatory, Halzen coordinated a group of 300 researchers from 12 countries, who in August this year, made their biggest discovery yet when they identified the first source of high-energy neutrinos—and by consequence, high-energy cosmic rays—the most energetic particles in the Universe. The neutrinos came from a blazar (a specific type of giant, elliptical galaxy with an active black hole at its center) outside our galaxy. Named TXS 0506+056, the system is located some 4 billion light-years from Earth. In October, the physicist attended an event promoted by Instituto Principia in São Paulo and took some time out to discuss the discovery with Pesquisa FAPESP, as well as plans to expand the IceCube observatory.

What is the relationship between the production of high-energy neutrinos and the presence of high-energy cosmic rays?
Cosmic rays cannot accelerate near black holes, or anywhere in the Universe, without producing neutrinos. Since it is not possible to identify the source of a cosmic ray [because they are electrically charged particles that do not travel in a straight line], we have to look for the associated neutrinos instead. Neutrinos travel at almost the speed of light, are electrically neutral, and are not absorbed by matter or deflected by magnetic fields. So if you can map the origins of high-energy neutrinos, you also have a map of high-energy cosmic rays. We have known this for some time, and now we have been able to determine the first source of these particles. Our data identified the origin of the neutrino detected in September 2017 to within 0.1 degrees, which is a highly accurate measurement. But in astronomical terms, there are literally hundreds of thousands of objects in a 0.1-degree area. Alone, we would never have been able to discover the exact source of the high-energy neutrino within this large area. Multi-messenger observations, such as those taken by the Fermi satellite, came to our rescue. At the same time as us, the Fermi space telescope recorded a source of gamma rays seven times brighter than normal from the same region of space [multi-messenger astronomy combines observations of electromagnetic radiation with the detection of other particles and waves emitted by celestial bodies]. We were lucky, because we only sent our coordinates to other astronomers as an act of desperation.

Was the discovery of blazar TXS 0506+056 also a stroke of luck?
We already knew of the existence of this galaxy, but no one had seen anything special about it before. Even if we had known that the source was a galaxy with a supermassive black hole at its center, no one would have thought of this one specifically. We just happened to look at it on the right day—not all telescopes measured the greatly increased amount of gamma rays it was producing. Some detected it, others did not. This particular source only produces a significant number of high-energy neutrinos once every 10 years. And production was not even at its peak during that event in 2017, when the IceCube detected just one high-energy neutrino. It peaked in 2014. So why did we not observe these phenomena four years ago? Actually, we did. A graduate student at the University of Geneva [Asen Christov], who also worked with the IceCube observatory, wrote about that earlier detection in his thesis. But we did not publish any papers about it because we were not able determine where the neutrinos came from. As I said, we had determined the origin of these neutrinos to within 0.1 degree, which covers a huge region of space that could contain almost anything.

There are about 5,000 known blazars. Do you think they all produce high-energy neutrinos and cosmic rays?
If just 5% or 10% of them behave like the source we identified, it would explain all the high-energy neutrinos and cosmic rays in the universe. If that is not the case, things become a little more complicated. It is hard to imagine many other bodies so energetic out there. My guess is that other blazars behave the same way, but deep down, we do not know.

Have you ruled out the hypothesis that supernova stars from within our own galaxy could also be a source of these particles?
Not necessarily. We regularly analyze data from supernovas. I believe we will detect supernova neutrinos sooner or later. Supernovas could act as particle accelerators for a very short time. They produce a level of energy one or two orders lower than blazars. We are getting close to this kind of discovery. When the IceCube has been extended, we will be able to make discoveries like these much more quickly. New sensors are due to be installed by 2022, and everything should be operational five years later. The observatory will continue running while it is being upgraded—the experiment will not have to stop.

How is this possible?
Today we have such good knowledge of how the optical sensors work that we can increase the distance between them without losing any information. We can actually double the distance between the sensors and collect data from ten times as much ice. Of the 5,000 sensors installed at IceCube, we have only ever lost one. We had no idea that everything would work so well at -15 degrees Celsius. The sensors are in a stable environment, where the temperature is constant and there is no movement. It is a much better environment than similar experiments where sensors are installed in water.