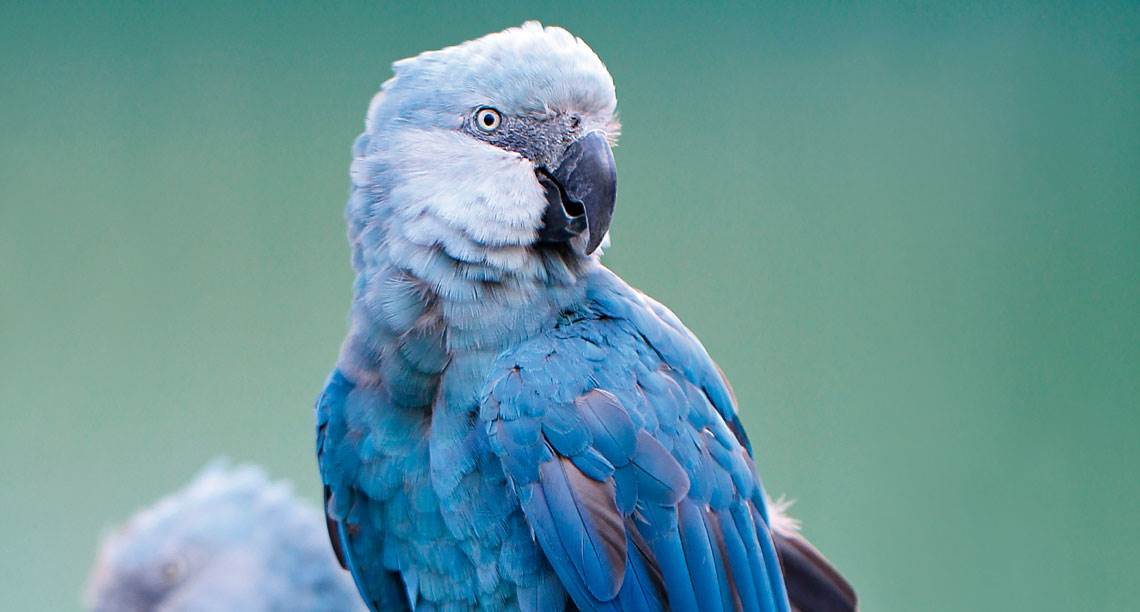 Eight Spix’s macaws (Cyanopsitta spixii) bred in captivity were released into the wild in the municipality of Curuçá, Bahia, in June. The release of the birds—three males and five females—was an important step in efforts to reintroduce the species to its original habitat, the Caatinga (a semiarid scrubland biome). The project was led by the Chico Mendes Institute for Biodiversity Conservation (ICMBio), in partnership with Brazilian researchers and German nongovernmental organization the Association for the Conservation of Threatened Parrots (ACTP), which bred the birds in captivity. In 2019, the species was officially declared extinct from the wild by the International Union for Conservation of Nature (IUCN), nearly 20 years after the last male born in the wild disappeared from the skies of the Caatinga, and 200 years after the bird was first captured by German naturalist Johann Baptist von Spix (1781–1826) and described by his assistant, Johann Wagler (1800–1832) in 1832. The Spix’s macaw disappeared from its original habitat because of changes in the landscape and poaching. The reintroduction project began in Germany a few years ago with the captive breeding of specimens purchased from collectors. Another 12 macaws are set to be released by the end of the year.