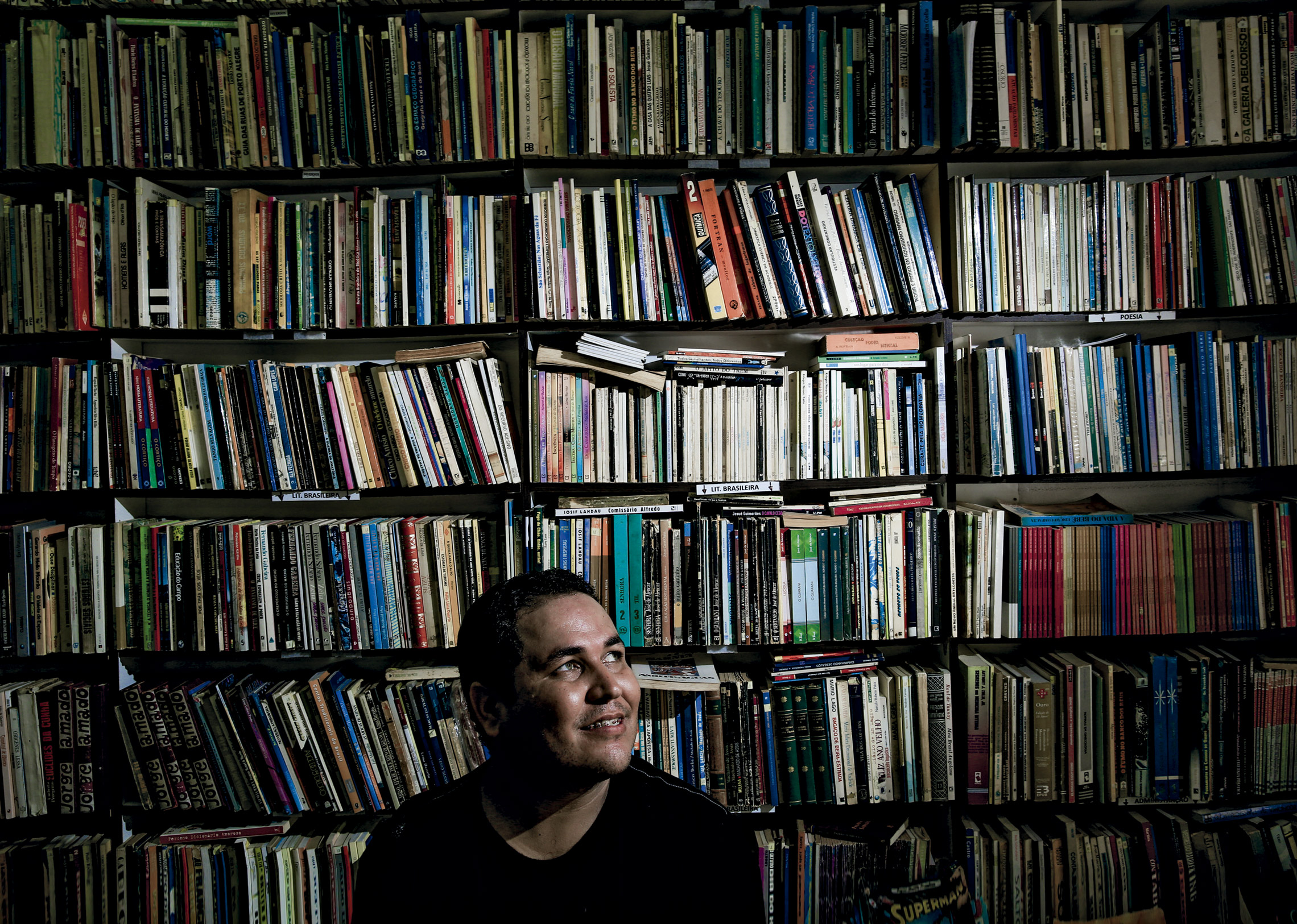 By the middle of 1997, at the age of 15, Dorival Gonçalves dos Santos Filho had read almost the entire works of renowned Brazilian writer Machado de Assis. He did not get the books from a library, however, but from the dump where he worked with his mother and sisters in the municipality of Piedade, in the interior of São Paulo State. He found almost 3,000 titles during a decade of searching through the waste to help support his family. At home, he organized them into boxes in the bedroom he shared with his younger brother.

At the time, having completed elementary school, Dorival had trouble reconciling high-school classes with working at the landfill, and eventually he was forced to drop out. His passion for reading, however, never lessened, and he returned to high school in 2003 at the age of 21. He studied at night and continued working at the dump by day. “The teachers gradually noticed my passion for literature,” says Dorival. “By then, I had already read all of the Brazilian classics,” he says, highlighting his love for Vidas Secas by Graciliano Ramos.

They started encouraging him to study a degree in languages and literature. At first, he was reluctant. “One day, when I was close to finishing high school, some students from UNESP [São Paulo State University] gave a talk at my school and said that the two students with the best grades would be able to take the entrance exam free of charge,” he recalls. He and a classmate were selected.

Dorival studied even harder, and with help from his mother, he traveled to the nearby city of Sorocaba to take the test. “I almost couldn’t believe it when I saw my name on the pass list,” he says. He moved to Assis in early 2007 with a suitcase full of books. He moved into shared accommodation and a month later, began receiving his scholarship from UNESP. “As a prerequisite for the grant, I had to choose an advisor and conduct an undergraduate research project,” he says. Under the influence of his advisor, he began a linguistics research project on Ensaio de rhetórica conforme o methodo e doutrina de Quintiliano (Essay on rhetoric according to the Quintilian method and theory), published in 1779 by Portuguese clergyman Sebastião de Santo António.

At the end of 2010, he finished his undergraduate degree, majoring in Portuguese and French, and began thinking about the possibility of pursuing an academic career. At the recommendation of his advisor, he chose to study further at the Federal University of Santa Catarina (UFSC), whose graduate linguistics course is one of the best in Brazil. After passing the entrance exam to study a master’s degree, he spent the following year in Florianópolis, where he also did his doctorate in linguistics.

Despite being accepted for a research project at Paris Diderot University, France, in 2017, Dorival had to turn down the opportunity after the funding agency he had applied to for a grant turned him down due to a lack of resources. But he did not abandon the idea of ​​studying abroad. “I have stayed in touch with Jean-Michel Fortis’s linguistics group at the History of Linguistic Theories lab at Paris Diderot,” says Dorival. The aim is to do a postdoctoral fellowship in ​​linguistic typology, focusing on Brazilian Portuguese. Since the beginning of this year, Dorival has been working as a Portuguese teacher at Alfredo Rohr elementary school in Florianópolis.