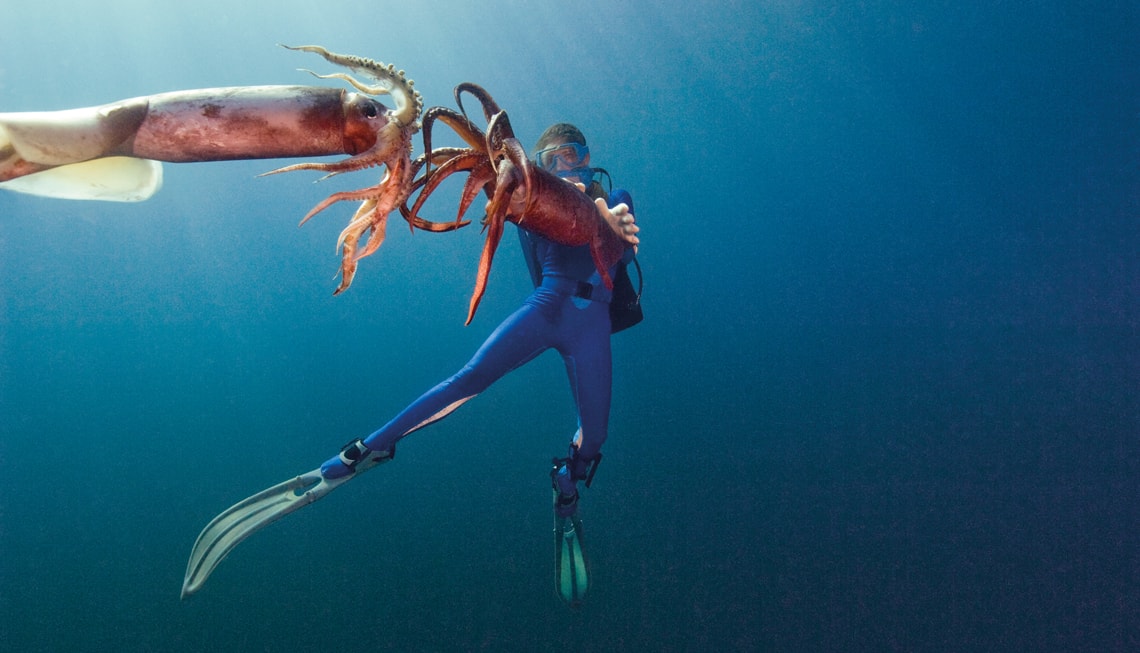 There are many memorable encounters to be had when diving 200 meters deep in the Pacific Ocean, and coming face to face with a 2-meter-long, 65-kilogram squid covered in blue spots is certainly one of them. Dosidicus gigas is one of the largest squids in the world, found off the coast of Chile, central America, and the USA. Its tentacles, legs, and head are covered in photophores—glandular organs that emit light. These animals generally go from fishing hook to frying pan without anyone noticing their luminescence. Their photophores were only discovered when tissue samples were sent to parasitologist Karin Lohrmann, from the Catholic University of the North in Chile, to study whether the small nodes embedded in the meat could be harmful to human health. The researcher recognized the nodes as photophores and her description of them in a scientific journal caught the attention of chemist Anderson Garbuglio de Oliveira of the Oceanographic Institute at the University of São Paulo (IO-USP). He and his team have been studying squid samples for three years and have now isolated the substances involved in their bioluminescence: a substrate called dehydrocoelenterazine and an enzyme called symplectin (Photochemistry and Photobiology, April 8). Gabriela Galeazzo, a student at IO-USP, is now trying to insert the genes that encode the production of these two substances into bacteria, fungus, or mammal cells to enable production of the compounds in a laboratory.