Japanese researchers feature heavily in a ranking of the 10 researchers with the most retracted articles in the world—occupying half of the list. According to a survey by the Retraction Watch website, the first name on the list is anesthesiologist Yoshitaka Fujii, a researcher at Toho University. He holds the undesirable record of 183 retracted articles, with an investigation completed in 2012 finding that he spent nearly two decades publishing papers with manufactured data. Another anesthesiologist, Yuhji Saitoh, from Kureha General Hospital in Fukushima, who was a coauthor of several of the articles written by Fujii, is 8th in the ranking with 39 retractions, tied with endocrinologist Shigeaki Kato, a researcher at Tokyo University until 2012, whose papers included manipulated images. When investigations into Kato’s work began, he ordered his assistants to erase evidence from their computers.

A more recent scandal has put two other Japanese researchers on the list: Yoshihiro Sato, with 43 retractions, and Jun Iwamoto, with 39. Sato, a neurologist at Mitaga Hospital in the small town of Tagawa, forged the results of 33 clinical trials over 15 years, mostly regarding methods for preventing bone fractures in the elderly and patients with Parkinson’s disease. Scientists in other countries had long been suspicious of the significant results on the efficacy of vitamins and the speed with which he recruited volunteers for his clinical research—in one case he was able to enlist more than 500 patients from one village in just two months.

Unequivocal evidence against the researcher was eventually found by a group of physicians and statisticians from Scotland and New Zealand. They demonstrated that the patient groups from different trials performed by Sato had extremely similar characteristics—something that could not occur by coincidence—as well as identifying several statistical inconsistencies and finding that the results were much more significant than those observed in other clinical trials involving the same therapies. “The researchers were remarkably productive, conducting 33 randomized controlled trials within 15 years, the outcomes of each being remarkably positive,” said Dr. Mark Bolland, a researcher at the University of Auckland, New Zealand, when publishing his findings on the fraudulent nature of Japanese research in the journal Neurology in December 2016.

The journal, published by the American Academy of Neurology, retracted three articles by Sato. Among the damages caused by the fraud, Bolland listed the resources wasted on new trials trying to replicate Sato’s results, and an excessive belief in the power of vitamins to combat osteoporosis—disease prevention guidelines in Japan were even influenced by Sato’s work, for example. 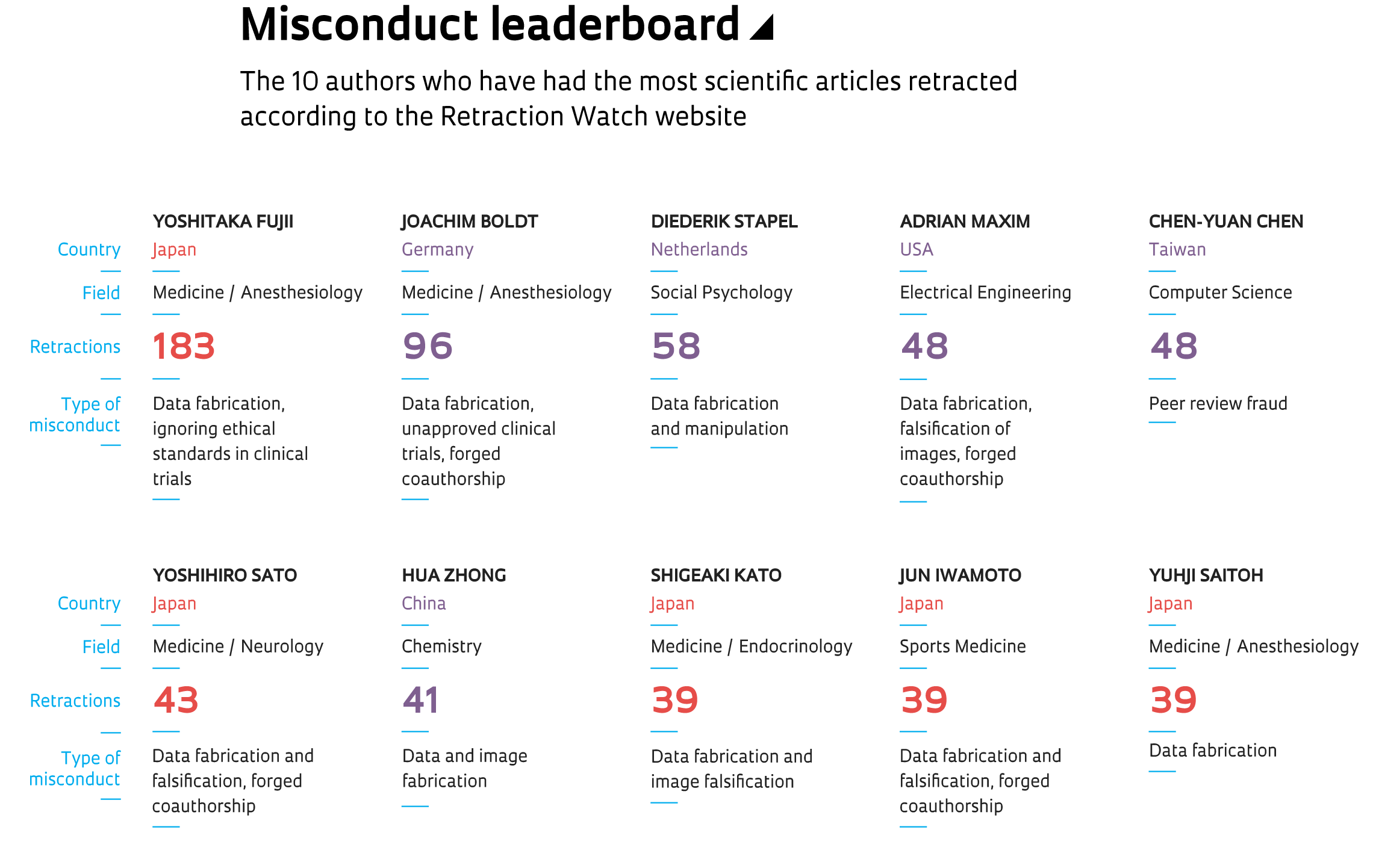 Death
What led Yoshihiro Sato to repeatedly commit such fraud remains a mystery, since he died in January of 2017 during the course of the investigation. A recent report in the journal Science raised the possibility that his death was not natural, as had been reported. Sato had shown signs of psychiatric problems and may have committed suicide, a lawyer for his colleague Jun Iwamoto, a sports medicine expert at Keio University in Tokyo, told Science. Iwamoto, a board member of the Osteoporosis Society of Japan, says he did not directly participate in the research that resulted in the retraction of 39 articles attributed to him, but admitted that he had an agreement with Sato to jointly sign articles written by their research groups in an underhanded attempt to inflate their academic performance. Three months before he died, Sato accepted responsibility for the fraud, asked for some of his articles to be retracted and cleared his colleagues of any blame, admitting that they signed the articles without having contributed to them.

In addition to the high incidence of serial fraud, Japan is also known for its focus on biomedical research. The rest of the Retraction Watch ranking is composed of researchers from a range of disciplines and countries: a German anesthetist, a Dutch psychologist, an American electrical engineer, a Taiwanese computer scientist, and a Chinese chemist. If there is one common trait among the fraudsters, it is that they are all men. “This corroborates the general findings of a 2013 paper suggesting that men are more likely to have papers retracted for fraud,” Retraction Watch noted when presenting the “leaderboard.”

Michiie Sakamoto, who is investigating Jun Iwamoto’s scientific output at Keio University, told Science that respect for hierarchy is a pronounced feature of the Japanese academic environment, and is one of the root causes of serial fraud. “In Japan, we don’t usually doubt a professor,” he said. “We basically believe people. We think we don’t need strict rules to watch them carefully.” The result, he explains, is that fraudsters are only challenged when they have been active for a long time. There were a number of reasons why it took so long to discover that Sato was fabricating his data. In 2003, he published an article based on a study of 40 patients with a very rare disease, who he claimed were seen over three years. A neurologist from the United Kingdom sent a letter to the journal expressing surprise at the large number of people suffering a disease that he had seen only twice in his life, but ultimately attributed the phenomenon to an anomalous prevalence of the disease in the Japanese population.