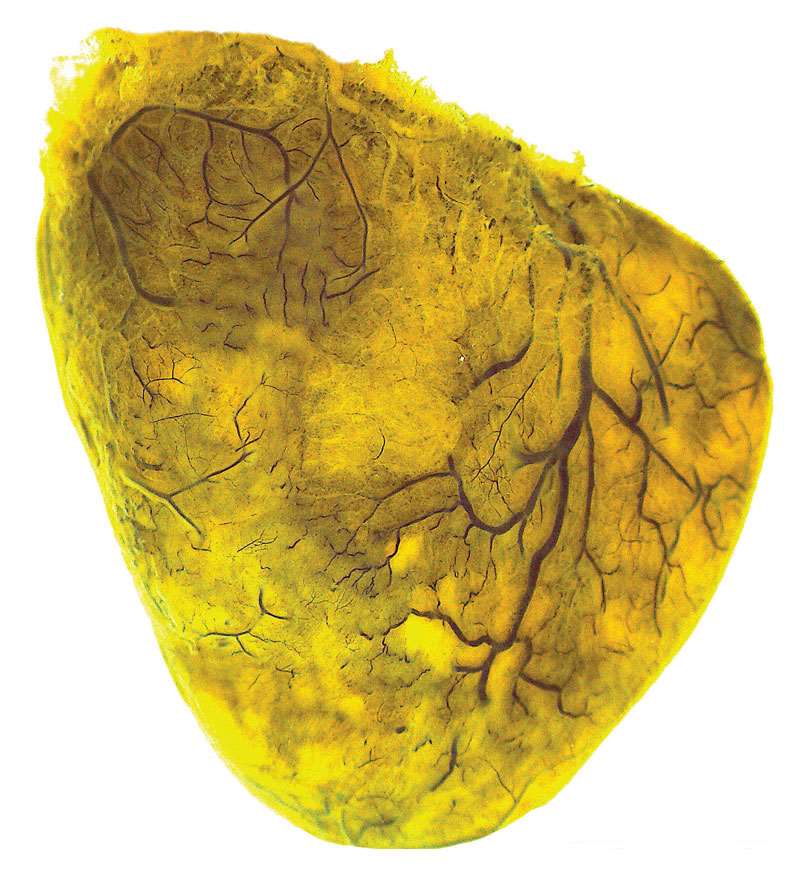 Using India ink to dye the circulatory system of the brycon (brycon amazonus), one of the characteristic fishes of the Amazon basin, has allowed scientists to describe its previously unknown anatomy. The heart (pictured) has some distinct features: blood vessels enter and exit the surface of the ventricle, like similar fish in other parts of Brazil—but different to other species from the Northern hemisphere, where more studies have been conducted. It is not yet known whether this structure provides an adaptive advantage for life in large rivers.

Image submitted by biologist Diego Dias dos Santos, a master’s student at the São José do Rio Preto campus of the State University of São Paulo (UNESP), taken during his undergraduate research at UNESP in Bauru