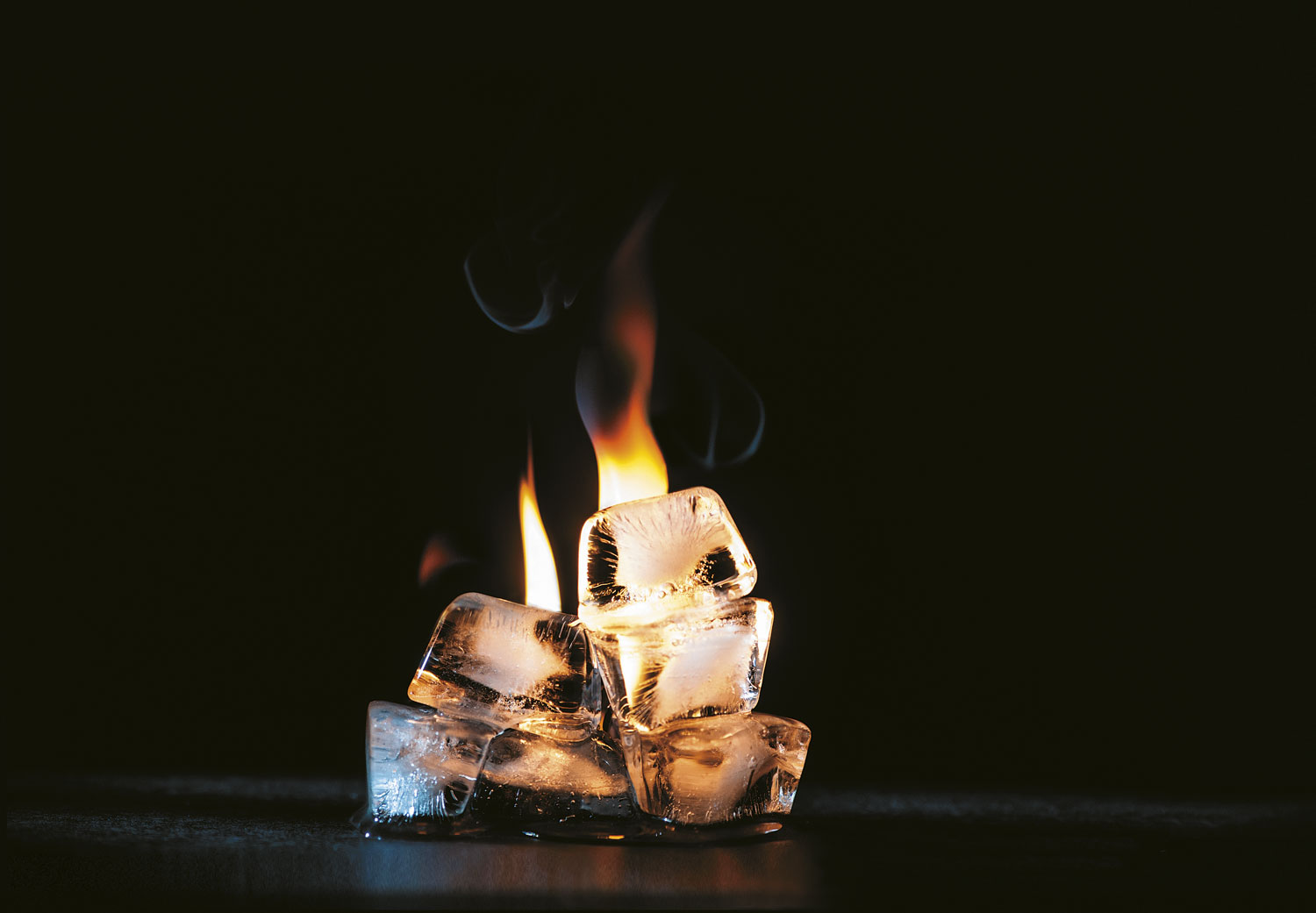 An international team coordinated by Brazilian physicists has shown that a phenomenon never seen in the macroscopic world can occur in a quantum system formed by particles of different temperatures: cold particles can spontaneously provide energy to hotter ones. The cold particle loses heat and cools down, while the hot particle gains heat and becomes hotter. This process is a reversal of the natural heat flow—known as the thermodynamic arrow of time—which normally travels from hot to cold. The surprising effect was obtained by using magnetic resonance to manipulate the nuclei of carbon and hydrogen atoms in a system composed of liquid chloroform (CHCl3) diluted in acetone (the three chlorine atoms that are also part of the compound molecule are not important to the experiment). For one millionth of a second, the carbon nuclei, which were colder, transferred energy to the hotter hydrogen nuclei, which heated up even more. The results of the study were shared in an article on the arXiv database in November 2017 and submitted to a scientific journal for consideration.

According to the paper, a reversal of the thermodynamic arrow of time occurs only under specific conditions: when a quantum correlation is established between the spin (a magnetic property of the particles) of the carbon and hydrogen atoms, followed by the introduction of significant changes to the temperature of the system components. Without this quantum correlation between the spins of the two elements, the system behaves traditionally, with the hotter particles heating up the colder ones.

Quantum refrigerator
Quantum correlation is similar to but weaker than the association known as entanglement, a kind of bond between two or more particles that makes it impossible to study one without considering the other. Although correlation is weaker than entanglement, it is still a strong enough bond that the nucleus of one chemical element shares information about its spin with that of the other, and vice versa. This type of quantum association is created using radio pulses to manipulate carbon and hydrogen atoms.

The experiment can be compared to a microscopic quantum refrigerator. Everything inside the refrigerator cools down, as long as the appliance is connected to an external source of electricity. “For a cold body to heat a hot one, the system needs to be supplied with extra energy,” explains physicist Roberto Serra, from the Federal University of ABC (UFABC), one of the researchers involved in the study, which was conducted by the Brazilian National Institute for Quantum Science and Technology (INCT-IQ). In the experiment, performed at the Brazilian Physics Research Center (CBPF) laboratory in Rio de Janeiro, extra energy was provided by applying different magnetic fields to the chloroform molecules. It was thus possible to make the nuclei of the hydrogen atoms hotter than those of the carbon atoms. The system is prepared in a very specific way, causing heat to flow from cold particles to hot ones.

The result of the study could disturb the delicate boundary between classical thermodynamics and quantum mechanics. According to the second law of thermodynamics, entropy and disorder tend to increase over time in the macroscopic world; in nature, energy dissipates. This is why hot coffee does not spontaneously heat up in a cup—it cools down. But at the very limit of what can be considered atoms and electrons, strange phenomena occur: the direction of the heat flow can reverse and the entropy of the system can decline, creating the impression that time has gone backwards. “Our research falls under the scope of thermodynamics of small quantum systems,” says Kaonan Micadei, lead author of the article and a PhD student at UFABC.

Classical thermodynamics does not consider the existence of initial associations—like those created by quantum correlation or entanglement—between particles such as atoms and electrons. It is an important issue, however, and could help explain how microsystems dissipate energy. “The experiment is fundamental to understanding thermodynamics phenomena linked to the development of quantum computing,” comments CBPF’s Ivan Santos Oliveira, who coauthored the study. “The experiment helps us verify the laws of physics,” says theoretical physicist David Jennings, from Imperial College London, UK, who did not participate in the study.

Processing information generates heat. It is estimated that 20–30% of all the electricity produced in the world is used to cool computers. Limiting the dissipation of energy in quantum machines is one of the primary motivations of those who participated in the experiment. “Creating a quantum refrigerator is a necessary step toward producing a more complex quantum device,” says Serra.