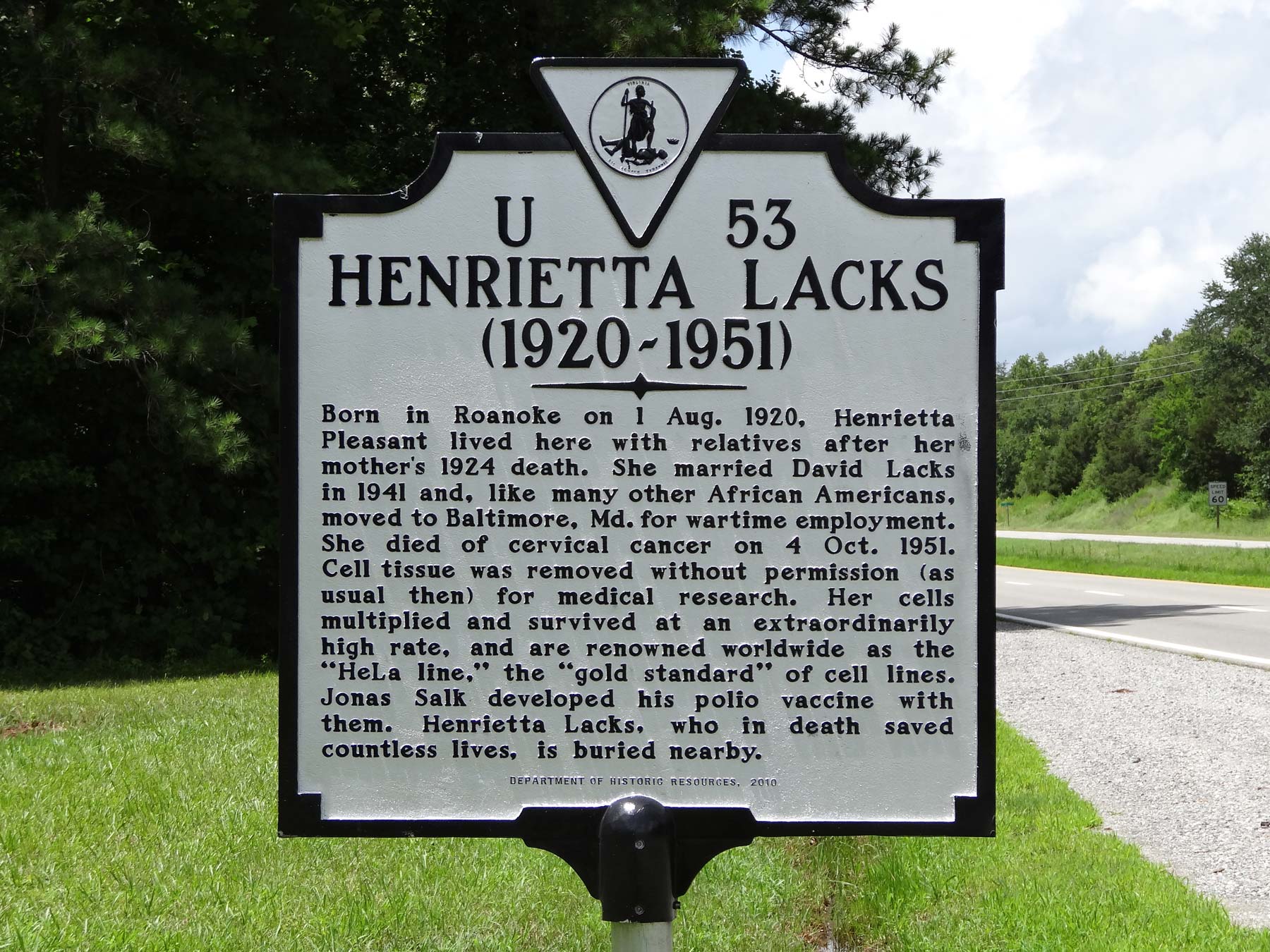 Johns Hopkins University, USA, is to name a new ethics research building in honor of Henrietta Lacks, a black housewife who was taken to Johns Hopkins Hospital in mid-1951 with heavy vaginal bleeding. The doctors diagnosed her with cervical cancer and collected samples of the tumor tissue without her consent, as was the norm at the time. They cultivated the cells in the laboratory—also without her knowledge—generating the first immortal cell line. This cell line, known as HeLa, has been used in studies on cancer genes, development of the polio vaccine, and research into the effects of toxins, viruses, and radiation on human cells. Lacks died in October 1951, but her cells are still alive in laboratories around the world today.