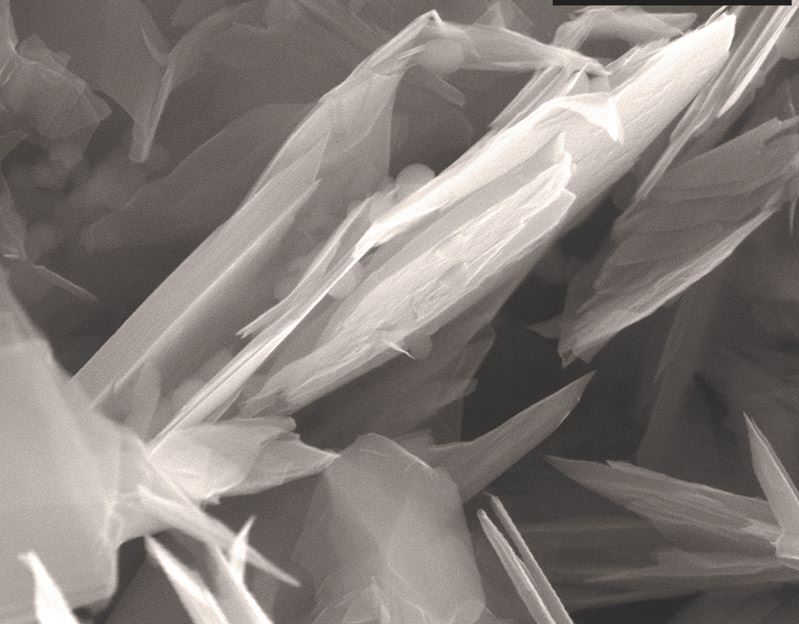 Brazil’s two first graphene manufacturing facilities have recently initiated large-scale production and are now looking to find their first buyers. Graphene is a carbon nanomaterial possessing high thermal and electrical conductivity, flexibility, and mechanical strength. These properties make it ideally suited for a wide range of industry applications, such as making lighter and longer-lasting batteries, smartphones with flexible screens, anti-corrosive coatings, stronger and conductive plastic and rubber materials, extremely light metal alloys, barrier fabrics and packaging, and heatsinks. Graphene was first discovered in 2004 by Russian-born scientists Andre Geim and Konstantin Novoselov at the University of Manchester. Six years later, the duo was awarded the Nobel Prize in Physics for their research with the material.

One of the two pioneering graphene facilities in Brazil has been built by the Minas Gerais Development Corporation (CODEMGE) as part of a project, dubbed MGgrafeno, in collaboration with the Federal University of Minas Gerais (UFMG) and the Nuclear Technology Development Center (CDTN). The other facility, UCSGraphene, was developed out of a project at the Science, Technology, and Innovation Park at the University of Caxias do Sul (TecnoUCS), in Rio Grande do Sul, southern Brazil.

The CODEMGE facility, in Belo Horizonte, southeastern Brazil, has a team of 59 people, including 20 PhDs in fields such as chemistry, physics, biology, and engineering. Experimental graphene production began in 2018, at a capacity of 150 kilograms (kg) per year, and has been ramped up since late 2019 to an annual capacity of 300 kg.

Ricardo Toledo, director of advanced technology and innovation at CODEMGE, explains that the project comprises three separate phases. The first phase—developing the technology route— was completed with the production 150 kg per year. The second, and current, phase involves scaling up to a target of more than 1 metric ton per year by 2021. The third phase will involve commercial collaborations with industry to develop applications for graphene.

“In our business model, rather than selling graphene as a commodity we will create partnerships with companies to develop products incorporating the material,” says Toledo. This means the graphene the company supplies will need to be custom-made. “Our ideal customers would be companies with established R&D [research and development] departments that can interact with our researchers and determine the graphene specifications needed for each application,” says Valdirene Peressinotto, head of research projects at CODEMGE.

Initial plans are to create partnerships with 15 companies in different industries. Five currently undisclosed companies have been identified so far and are in contractual negotiations: a textiles company, a steelmaking company, an anticorrosive coating manufacturer, a company producing plastic packaging films, and an additive manufacturing—i.e. 3D printing—company. CODEMGE is also in advanced negotiations with its electric vehicle battery joint-venture partner, Oxis Energy (see Pesquisa Fapesp issue no. 285). 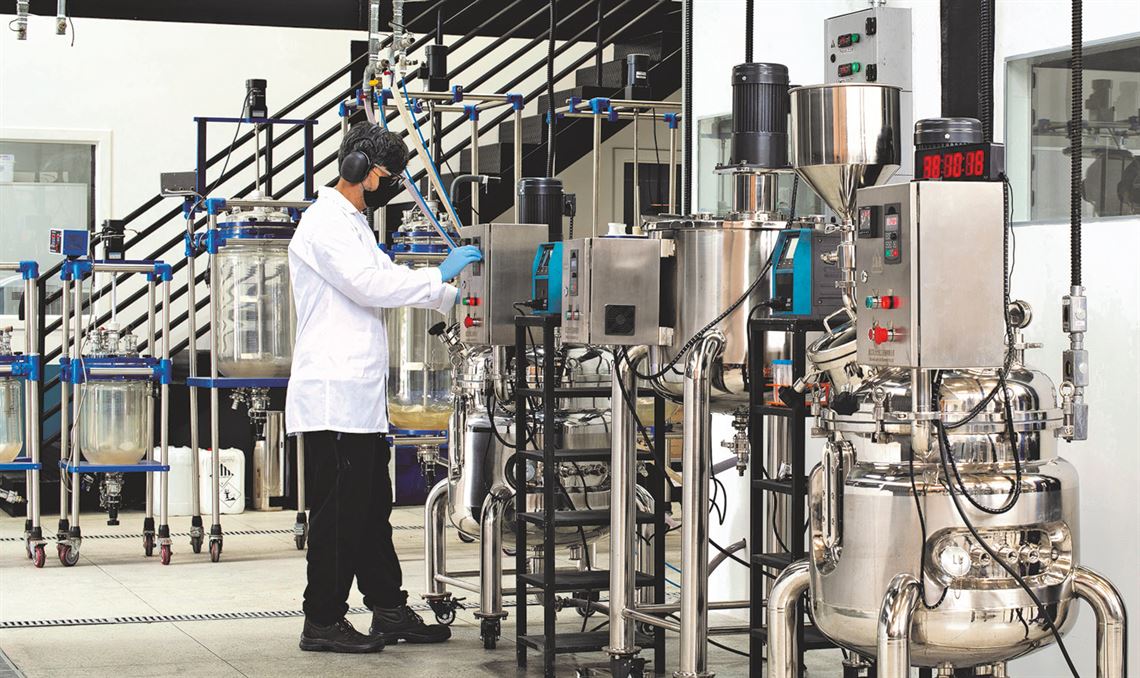 The MGgrafeno project began in 2016 in a bid by CODEMGE to produce value-added products from the graphite it mines in Minas Gerais—graphite is the basic input used in the production of graphene. Brazil is the world’s third-largest source of graphite, producing 96,000 metric tons in 2019, according to a report by the United States Geological Survey (USGS). Minas Gerais accounts for 73% of the country’s output of the mineral. Graphite is sold at approximately US$1,000 per metric ton, while the price of graphene ranges from 500 to as much as 1,000 times that amount, depending on the specification.

The CODEMGE facility uses the chemical exfoliation route to produce graphene. Graphite is a lamellar material formed from stacks of graphene sheets—1 mm of graphite has 3 million layers of graphene. Chemical exfoliation essentially consists of separating these layers and keeping them isolated and stable. This is done using solvents—in CODEMGE’s process, water and several additives. The exfoliation step is followed by separation, concentration, and drying. “Our process allows us to produce at scale and at relatively low cost, with a utilization rate higher than 90%. It generates almost zero waste,” says Clascídia Furtado, a researcher at CDTN.

Another advantage of chemical exfoliation is that it can produce graphene materials with different numbers of layers and lateral sizes, that can be incorporated in a wide range of formulations and deposited on surfaces in the form of films, fibers, and membranes. The CODEMGE facility produces two types of graphene: few-layer graphene with between 1 and 5 layers, a premium product; and graphene nanoplatelets with between 5 and 10 layers. Byproducts are used to produce 2.6 metric tons per year of nanographite (see infographic opposite).

Physicist Flávio Plentz, a professor in the Department of Physics at UFMG and a researcher in the MGgrafeno project, says the group has been able to solve many of the problems in the still-incipient graphene industry. “Our material is reproducible and reliable.” Other products available on the international market will typically vary from one batch to another and are not produced consistently, says Plentz. They provide no datasheet describing product specifications such as size, thickness, and number of layers.

“We have established the world’s first scientific qualification protocol for graphene. Our commercial partners can view a datasheet that tells them exactly what product will be supplied and the properties it will deliver,” says Plentz. This consistency led three large international groups to initiate negotiations to source graphene from CODEMGE.

In Rio Grande do Sul, the UCSGraphene facility started operation last March. The amount of the investment, funded by the University of Caxias do Sul (UCS), a civil-society higher education institution, has not been disclosed. “We produce standard graphene stacks or nanoflakes with between 30 and 100 graphene layers. We also produce nanoplatelets with less than 30 layers,” says Diego Piazza, a TecnoUCS researcher who is heading the project. Production capacity will initially be 500 kg per year and will gradually increase with demand to up to 5,000 kg per year. 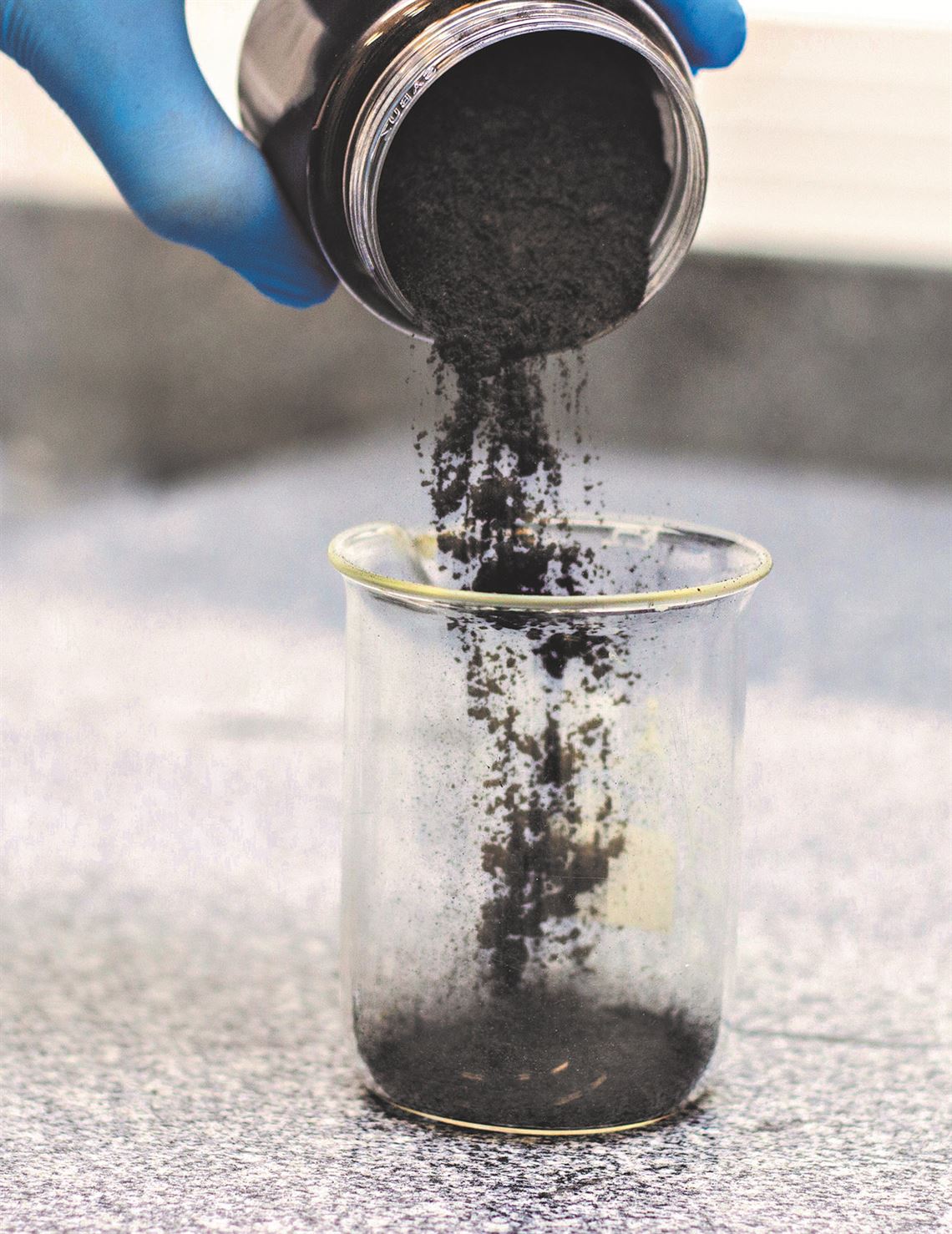 Testing graphene produced at UCSGraphene for consistency and purityRoger Clots

Current graphene production capabilities are the result of more than 15 years of research at UCS, during which different production routes were explored. In 2018, market research showed a clear opportunity for graphene production and UCS decided to fast-track the process by engaging international consultants. Under their advice, UCS implemented the same chemical exfoliation equipment and production process as used in Minas Gerais.

“We are working across three fronts: production, characterization, and developing applications for graphene,” says Piazza. Current research projects at the university include the use of graphene for composite materials (polymers, ceramics, and metals), building lighter and stronger protection equipment, and advanced coatings, such as oil-absorbing materials for use in oil-spill cleanups.

The university’s first partnership was established with bus and coach manufacturer Marcopolo to develop aluminum and graphene composites for making lighter and stronger coach parts. “We are at varying stages of negotiation with potential graphene buyers,” says Piazza. UCSGraphene has opted for a hybrid business model in which it can either sell graphene to interested buyers, or create partnerships to develop applications for the material.

According to a global graphene market report published in 2019 by Research and Markets, there are currently 200 companies globally producing materials or developing products incorporating graphene, largely in the US, Europe, China, and Australia. The market is expected to grow by 30% per year, reaching US$250 million by 2025.

Physicist Thoroh de Souza, who created the Center for Advanced Research on Graphene, Nanomaterials, and Nanotechnology (MackGraphe) at Mackenzie Presbyterian University, in São Paulo (see Pesquisa Fapesp issue no. 284), says that while large-scale production of high-quality graphene is already a major milestone, it is only the first link in the value chain. With funding from FAPESP, MackGraphe was created in 2013 as the first graphene research center in Latin America.

The next step—incorporating graphene in product formulations—is an equally challenging task. “It takes significant effort to match the right graphene properties to each product in a way that provides meaningful benefits to people,” says the researcher. Souza created a startup, Dream Tech Nanotechnology, precisely for this task. Founded in July 2018, his firm is developing customized graphene applications for potential industrial customers, with current projects targeted to the cosmetics and automotive industries. New graphene applications are opening a vast range of possibilities, says Souza. “We will soon see a host of high-tech products made with graphene, like solar cells and artificial intelligence sensors,” he says.