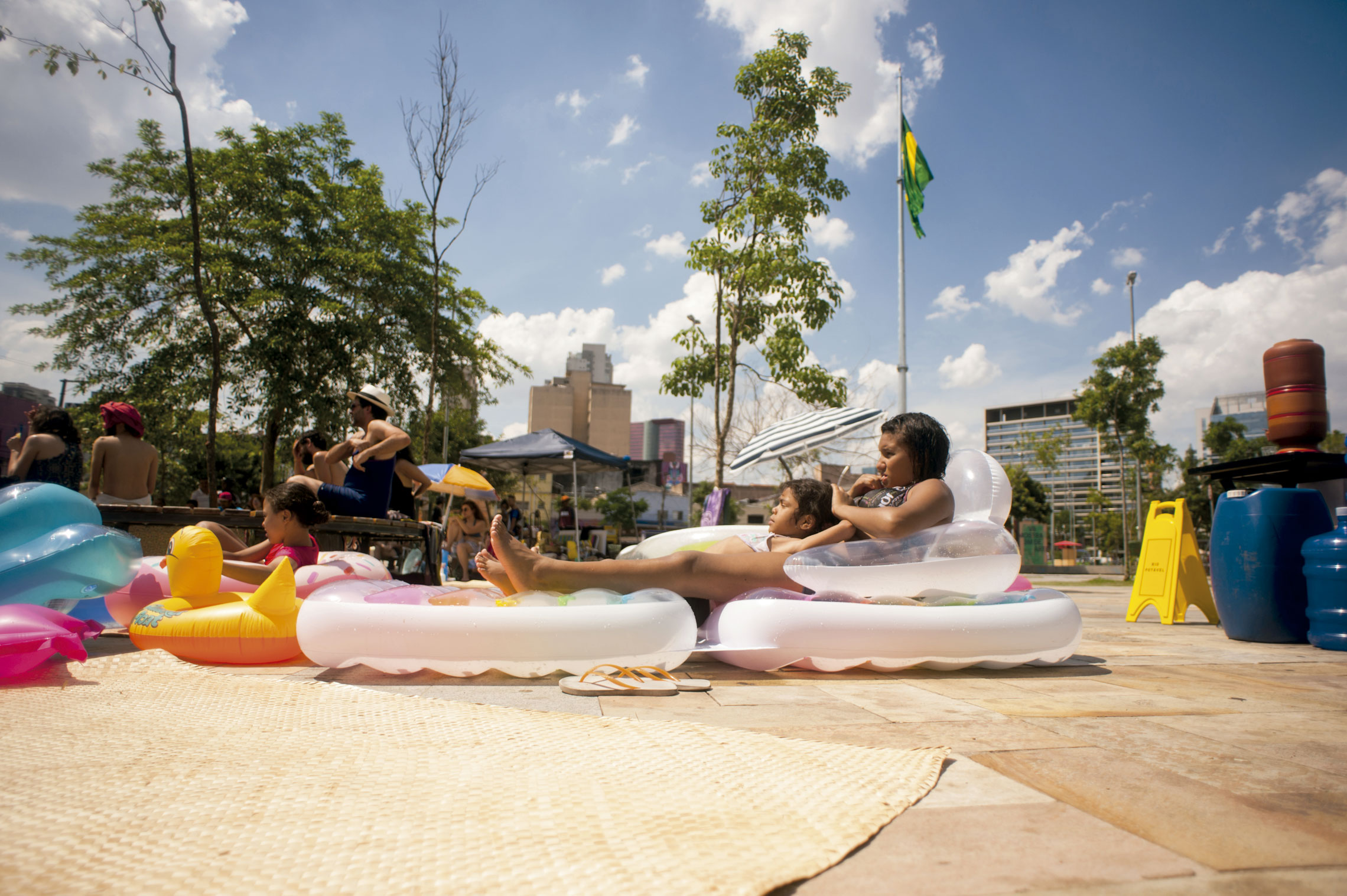 São Paulo City could have heat waves lasting approximately 60 days by the end of the century, according to model projections

In the worst-case scenario as modeled in the most recent Intergovernmental Panel on Climate Change (IPCC) report, greenhouse gas emissions would continue to increase through the end of the century, and average atmospheric temperatures would warm by around 4 °C from current temperatures. If these global climate predictions materialize in the coming decades, maximum summer temperatures could rise by up to 9 ºC and rainfall would be halved in Brazil’s two largest metropolitan areas—São Paulo and Rio de Janeiro—and in Santos, home to Brazil’s most important port. Minimum temperatures in these areas can also be expected to rise by about 4 °C by the end of the century, meaning winters would also be warmer.

These projections for parts of Brazil’s Southeast are from a paper published by researchers from the Brazilian National Institute for Space Research (INPE), the Federal University of Rio de Janeiro (UFRJ), and the Center for Natural Disasters Monitoring (CEMADEN) in the April issue of Theoretical and Applied Climatology. “If the current greenhouse gas emissions trends continue, the probability of the study data materializing will likely be high,” says meteorologist André Lyra, a postdoctoral fellow at INPE and the study’s lead author.

The Brazilian team modeled potential temperatures and rainfall rates in the three metropolitan areas assuming two of the IPCC’s global climate scenarios: the worst-case scenario, technically designated as RCP8.5, and the best-case scenario, RCP4.5. In the second scenario, greenhouse gas emissions would stop rising in the 2040s. However, even when this less alarming projection is assumed in the Eta Regional Climate Model, which was partly developed by INPE, the modeling results are not substantially different. Maximum temperatures in São Paulo, Rio de Janeiro, and Santos rise by as much as 7 ºC and rainfall is reduced by half, although the lower rainfall rates affect a smaller portion of the metropolitan areas. While these scenarios carry some degree of uncertainty, they indicate that relatively intense climate change is likely.

The researchers used an enhanced version of Eta with a spatial resolution of 25 square kilometers (km2), or a square with 5 km sides. The previous version had a resolution of 400 km2 (a square with 20 km sides). “The new model is important for an understanding of climate-change impacts on certain aspects of South American topography,” says meteorologist Chou Sin Chan of INPE, who coauthored the paper. “A study with 5 km resolution provides a higher level of detail than a study with 20 km resolution.” In this version of Eta there are fewer calculation errors for climate predictions in areas with rugged terrain. This enhancement has important implications when investigating locations near mountainous areas, such as Serra do Mar and Mantiqueira, two mountain ranges in the vicinity of the study area.

Climate projections in the three metropolitan areas were compared with historical data within the model from 1961 to 1990. The projections were divided into three slices, 2011–2040, 2041–2070, and 2071–2100. In addition to a general trend of warming and lower rainfall, the paper predicts extreme events such as extended droughts and severe storms will increase in intensity. In the Metropolitan Area of São Paulo, for example, the number of days of heat waves could increase by 60 days and the number of cold-wave days could decrease by three days at around 2100. The study also predicts that days and nights will become more uncomfortable in the three study areas, placing an increased demand on cooling equipment and consequently increasing energy consumption. This could also create potential health risks for the poor and elderly.

“Extremes have a bigger effect on our lives,” says Claudine Dereczynski, a meteorologist at the Federal University of Rio de Janeiro (UFRJ) and a coauthor of the paper. “The increasing occurrence of events of this kind is a greater concern stemming from climate change than changes in average precipitation or temperature.” The model also predicts that extremely heavy rainfall events will intensify toward the end of the twenty-first century, causing frequent landslides. Dereczynski notes that the projections are more reliable for changes in temperature than in rainfall.

The study underscores how the high population density in the metropolitan areas of Rio and São Paulo, where 33 million people live, has led to improper land use and severe degradation of natural resources. “Climate-change research depends heavily on acceptance by different industries, and public awareness, of the importance of taking action to mitigate the effects of greenhouse gas emissions,” says sociologist Pedro Roberto Jacobi, a professor at the Institute for Energy and the Environment at the University of São Paulo (IEE-USP). “Our research shows that municipal governments could even implement decarbonization initiatives on a local scale, such as erosion control through changes in land-use legislation or improved solid waste management policy. But global action is needed—which depends on agreements between nations—to mitigate climate change.”