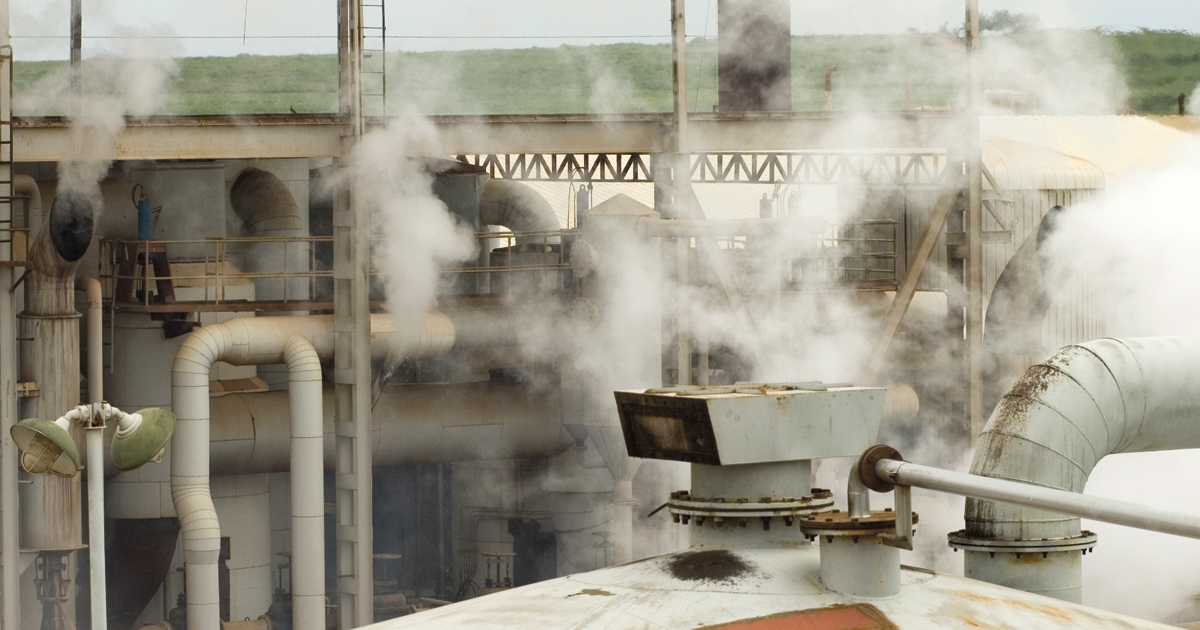 A federal decree made an important step toward solidifying the new National Biofuels Policy (RenovaBio), which is intended to reinvigorate the bioenergy industry in Brazil and to reduce greenhouse gas emissions as part of the country’s commitment signed in the 2015 Paris Agreement. RenovaBio was developed over the last two years by technicians at the Brazilian Ministry of Mines and Energy (MME), and was approved by Congress at the end of last year. When it was signed into law by President Michel Temer in a March 14 ceremony in Ribeirão Preto, São Paulo, that marked the opening of the sugarcane harvest, a timetable was adopted for the policy to take effect over a two-year period. The Brazilian National Council of Energy Policy, which advises the government, has until June to determine the compulsory targets for reducing carbon emissions from fossil fuels in the country, which will be valid from 2018 to 2028. Next, the National Petroleum, Gas, and Biofuels Agency will break down these large goals into individual objectives to be met by each of the Brazilian fuel distributors starting on December 24, 2019.

The main innovation of the new policy is the creation of a mechanism which generates financial assets for producers of biofuels such as ethanol, biodiesel, biogas, or biokerosene, in proportion to the volume produced and based on efficiency criteria. Biofuel manufacturers will be entitled to decarbonization credits (CBIOs), traded securities that will provide a new source of income for the sector. Distributors will be required to purchase these securities in amounts corresponding to their participation in the fossil fuel market. “The aim of this mechanism is to gradually decarbonize the Brazilian energy matrix,” says economist Miguel Ivan Lacerda de Oliveira, director of biofuels at the MME’s Department of Oil and Gas and one of the architects of the new policy.

Through this new measure, the government intends to expand ethanol production from the current 30 billion liters to around 50 billion liters in 2030, and boost biodiesel from 4 billion to 13 billion liters during the same period. At the same time, it calculates savings of 300 billion liters of imported gasoline and diesel over the coming years. An additional 10 million hectares of planted area dedicated to bioenergy is also planned. The program planners emphasize that Brazil currently has 198 million hectares used as pasture, much of it with low productivity, that could be employed to produce these crops.

The proposed mechanism also seeks to stimulate increased productivity in areas which are already planted. Whenever biofuel producers sell their products, they will have the right to issue CBIOs, but the amount of credits each one is entitled to will depend on an analysis of their production processes: the lower the balance of greenhouse gas emissions from the company, the more credits it can receive. This evaluation will be converted into a grade evaluating the energy and environmental efficiency of each producer. New software, Renovalc, is being developed to make accurate calculations.

This logic is expected to encourage fuel refineries to best practices in planting and in producing bioenergy, in addition to adopting new technologies. Mills that not only produce ethanol but also burn sugarcane waste to generate electricity or produce biogas to replace the diesel used in machinery can get more credits than those that do not use cane leaves, the cane fiber left after pressing, or the organic matter remaining after the cane liquid is distilled into alcohol (stillage). “We know that ethanol is sustainable, that it emits an average of 80% less carbon than fossil fuels, but some producers have better environmental and economic indicators than others and it is only fair that they be recognized,” explains agronomist Heitor Cantarella, researcher at the Agronomy Institute of Campinas (IAC) and one of the coordinators of the FAPESP Energy Research Program (BIOEN). “With RenovaBio, it will be possible to change the way we produce bioenergy and show that the world’s second-largest producer of ethanol and biodiesel is engaged in producing even cleaner fuels.”

According to Cantarella, the new policy should propel a line of bioenergy research seeking alternative technologies to reduce emissions. In an opinion piece published in February in the British newspaper Financial Times, he called attention to the impact certain fertilizers have on the carbon emissions balance in sugarcane plantations and to alternatives that can reduce this impact, such as the use of substances to inhibit the release of nitrous oxide, a greenhouse gas released by nitrogen fertilizers. “Any type of emissions reduction will be extremely valued from now on.” Some projects supported by BIOEN have been investigating the nature of carbon emissions for some time. “Routine use of straw and stillage as fertilizers in cane fields tends to increase emissions, but some groups of researchers are looking for ways to mitigate this,” he says. “In any case, the emissions in Brazil caused by fertilizer use are lower than the average rates considered by the Intergovernmental Panel on Climate Change, the IPCC.”

The new policy is also expected to provide incentives to overcome technological barriers and pursue economic viability to deploy more sustainable methods of bioenergy production, most notably second-generation ethanol made from cellulose and organic waste. “RenovaBio is expected to also become a driver of technological development,” says agronomist and engineer Gonçalo Amarante Guimarães Pereira, a professor in the Biology Institute at the University of Campinas (UNICAMP) and one of the founders of Granbio, a company that opened Brazil’s first second-generation ethanol plant in 2014, in São Miguel dos Campos, Alagoas. Amarante, who left the company in 2016, says that technological problems in the production line have been solved and that the company is now working to resolve financial issues to deploy new solutions and extend operations. “The high price of oil hindered and deterred bioenergy investors, but it is expected that now with RenovaBio will come a new wave of financing.” The MME predicts growth in private interests in the biofuel industry and expects investments of R$90 billion by 2030 in bioethanol production alone.

Luciano Rodrigues, who is in charge of economics and sectoral analysis at the Brazilian Sugarcane Industry Association (UNICA), sees two major impacts from RenovaBio. “It will provide more predictability for all players in the market, by telling each one what the role of biofuels will be in the future,” he says. The second impact is related to the CBIOs. “Biofuels have what we call positive externalities: when someone uses a renewable fuel, this generates a benefit for society as a whole, with fewer emissions of greenhouse gases. The mechanism which was created recognizes these externalities, rewards production of biofuels, and tends to expand supply. Production of biofuels will grow along with the pursuit of environmental and economic efficiency.”

The new strategy comes at a time when the Brazilian biofuel industry is trying to overcome crisis and low investment. According to a survey by the RPA consulting company in Ribeirão Preto, which specializes in sugarcane business, production at 76 of the country’s 444 mills was halted during the second half of the year, with some refineries insolvent. “RenovaBio created new demand for biofuel producers. It is not for nothing that it is being celebrated by the sugar industry,” says Daniela Stump, an expert in environmental law at the law firm Machado Meyer. “At the same time, it led to a great novelty in Brazilian environmental policy, which had been losing effectiveness for some years. This is the first time that compulsory targets are being created to reduce emissions. I had never seen such a firm commitment,” says Stump, although she adds a warning: “Now goals need to be created for other sectors of the economy. It’s not fair to choose just one sector to be the bad guy. Everyone has to participate in the effort to protect the climate according to their greenhouse gas emissions and capacity for reduction.”

The developers of RenovaBio adapted policies adopted in the United States and the European Union. “There are strategies that have been tested for over 10 years and good literature on the subject showing what went well and what went wrong. We took advantage of this experience,” says Miguel Ivan de Oliveira of the MME. The main inspiration came from the Low Carbon Fuel Standard (LCFS), a current public policy in the state of California. LCFS sets emission reduction targets and paths to reach them, using different technologies and fuels, and also establishes specific rewards for each route. RenovaBio does not mark out technological pathways and the decarbonization credits will have a single value, which will be defined by the market. “RenovaBio does not choose the winners before the fact. Each biofuel will compete to achieve the decarbonization goal. The most efficient production of biofuel from an energy and environmental viewpoint is the one that will be able to issue the most credits, and therefore will be more rewarded,” wrote the economist Plínio Nastari, president of DataAgro consulting, in an article published in the newspaper Folha de Pernambuco.

Although the RenovaBio legislation was swiftly regulated, some variables still have not been defined, such as the individual targets imposed on distributors and how to calculate the efficiency of producers. Because the value of the CBIOs will vary according to supply and demand, it is difficult to predict how the market will operate before the goals are known. “But one can imagine that the value of the credits will fall if the price of oil increases, because that would be a disincentive to consume fossil fuels,” says Luciano Rodrigues of UNICA. In the view of Gonçalo Amarante, the credits should be liquid. “If today investors buy virtual currencies with obscure underlying assets, certainly there will be interest in carbon credits which are based on sustainable production.”

That anyone can participate in buying and selling credits is the subject of controversy. The measure, which seeks to provide liquidity to the market, is seen with suspicion by distributors, who fear speculation. If the CBIOs are too costly for companies, there is a risk that they will opt to pay the penalty for failing to meet the goals, which was reduced from a maximum of R$500 million to R$50 million per distributor as the law passed through Congress. It is true that companies will have some flexibility. A small part of the individual goal, up to 15% of the total, can be delayed to the following year, but cannot be used immediately. The distributors will be exempt from needing to prove decarbonization if they sign contracts to purchase credits over long periods of time; the goal is to help structure the CBIO market. “We have the foundation of a new policy, but its application still needs to be properly organized. Mechanisms need to be created to prevent evasion,” says Rodrigues.