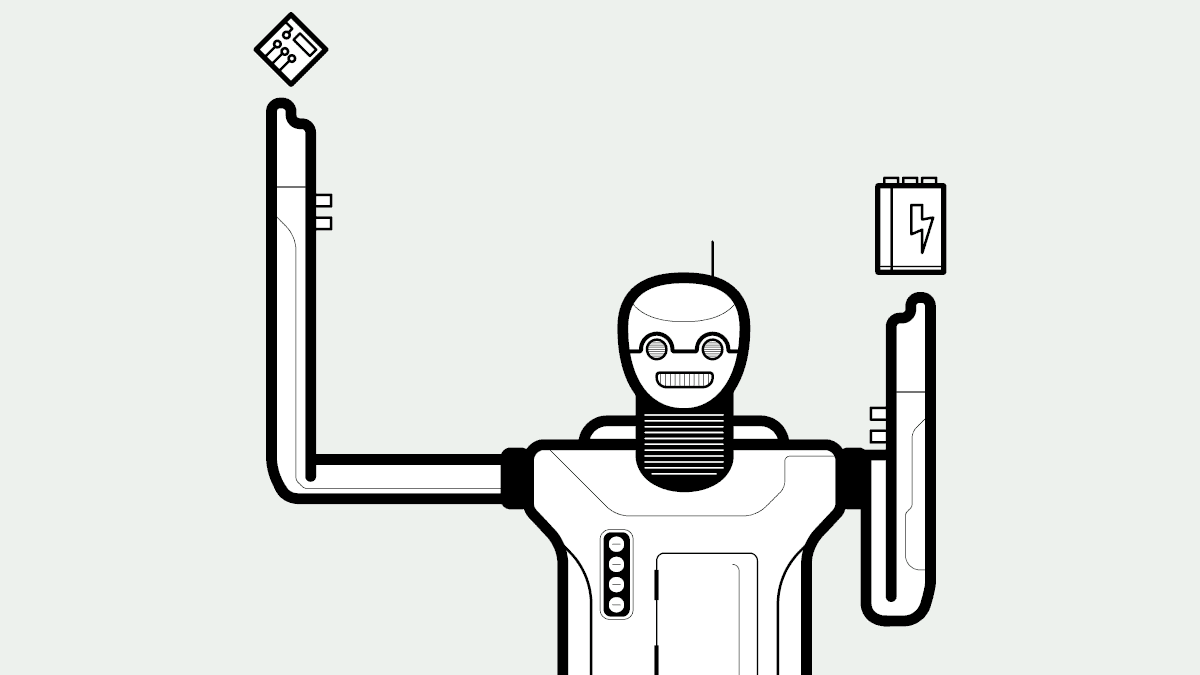 As global economies become increasingly competitive, many countries are accelerating their investments in a set of disruptive technologies with the potential to impact multiple industries, referred to as “cross-cutting technologies.” A recent report from the United Nations Organization for Education, Science, and Culture (UNESCO) looked at countries’ performance on six cross-cutting technologies considered strategic for their industrial future—artificial intelligence and robotics, biotechnology, energy, materials, nanoscience and nanotechnology, and optoelectronics and photonics—and found that Brazil is lagging its global peers on related research effort. The survey, titled the UNESCO science report: The race against time for smarter development, based on data from publisher Elsevier’s Scopus database, shows that scientific output in these fields has either stagnated or, in some cases, contracted in Brazil. The country went from 6,699 related papers in 2015 to 8,596 in 2019, an increase of 28.3% in absolute terms but the smallest gain among its BRICS peers—Russia, India, China, and South Africa. As a result, Brazil’s already meager share of international research in these fields has shrunk even further—from 1.9% of global publications about cross-cutting technologies in 2015, to 1.8% in 2019.

The six technologies selected for the report have strategic importance for the scientific and economic strength, technological superiority, and security of nations—not surprisingly, they accounted for 18% of global science output in 2019. Brazil’s worst performance was in optoelectronics and photonics, a field that is playing an important role in building data transmission capacity and the next generations of communications systems, such as 5G. Brazil’s scientific publications in this field contracted by 16%, from 405 in 2015 to 341 in 2019. Progress has been similarly slow in nanoscience and nanotechnology, with publications in this area increasing by only 37 from 2015, reaching 293 in 2019. “These fields are involved in the design of complex devices, and are reliant on a robust electronics industry that is non-existent in Brazil,” says Osvaldo Novais de Oliveira Junior, a physicist from the São Carlos Physics Institute (IFSC) at the University of São Paulo (IFSC-USP).

Brazil has performed somewhat better in biotechnology, with the country reporting a 51% increase in the number of papers in this area, from 684 articles in 2015 to 1,032 in 2019. This has slightly increased Brazil’s weight in the international research effort in this field—its 4.1% share of global biotechnology publications in 2015 rose to 5.5% in 2019. Carlos Alberto Moreira-Filho, a professor at the USP School of Medicine, says “Brazil’s strongish performance in biotechnology is primarily thanks to research in fields related to agriculture—like biological pest control and genetic crop improvement—and, to a lesser degree, applications in life sciences, such as studies on recombinant DNA and monoclonal antibodies.” Oliveira, of IFSC-USP, says the numbers reflect Brazil’s advancing capabilities in agricultural technology, with research institutions developing studies supported by steady, long-term investments and close collaboration with industry, which can’t be said of other fields.

The growing number of scientific publications about cross-cutting technologies provides a measure of countries’ efforts to keep their industries at the cutting edge of frontier technologies—such as Industry 4.0 or advanced manufacturing, and the shift toward more integrated, connected, and intelligent manufacturing processes—to make them more competitive and to boost exports. “Universities don’t actively create demand, but will respond to society’s needs for research and skilled labor,” says Renato Pedrosa, a professor in the Department of Science and Technology Policy at the University of Campinas (UNICAMP). He explains that countries with low levels of industrial activity demand less of this type of research. “Brazil’s poor research performance in these fields isn’t surprising, as research funding is inadequate and there is little domestic demand from world-class companies producing high-tech products.”

Contrasting with the situation in Brazil, in the US there appears to be a bipartisan consensus view that the country needs to revitalize its industry to counter the threat to its economic and technological leadership from China and other nations. This has led the federal government to prioritize key strategic platforms in digital technology, in fields that include artificial intelligence, quantum computing, and advanced mobile network technology. Among the flagship initiatives adopted by the US government is Manufacturing USA, a network of institutes created in 2014 to foster academic and industry collaboration in developing new technologies and manufacturing processes, and building a skilled workforce. Sixteen Manufacturing USA institutes have been established since 2012, each focused on a different process or technology. Collectively, these institutes reach 1,291 member organizations, of which 844 are manufacturing firms and 65% are small and medium-sized manufacturers. This strategy is estimated to have contributed US$ 2.3 trillion to the US economy and to have helped create more than 12 million jobs, while accounting for the bulk of private-sector research in technologies that are strategically important for the country’s industrial future.

More recently, the US Congress unveiled a bipartisan proposal, the Endless Frontier Act, that would create a dedicated technology and innovation department within the National Science Foundation (NSF), the leading funder of basic science in the country. The new department would have a budget of US$100 billion over five years for research in areas such as artificial intelligence and robotics, quantum computing, advanced communications, and data management (see Pesquisa FAPESP issue no. 304).

China has also understood the importance of cross-cutting technologies and has invested for decades in institutional mechanisms to drive development and adoption in industry. This strategy has led to the establishment of large business conglomerates—such as Huawei in information and communication technologies, and Yingli Green Energy and Mingyang in energy—that have now become globally leading players in strategic industries. Chinese efforts were further bolstered in 2015 by the launch of a new industrial policy to reduce these and other corporations’ dependence on foreign high-tech suppliers by 2025. The policy encourages Chinese companies to expand their global market share of electric vehicles, agricultural technologies, maritime and aerospace engineering, synthetic materials, emerging biomedicine, and high-end rail infrastructure.

China also aspires to become a global innovation hub for artificial intelligence by 2030, as does India, where scientific production in this field leaped by 189% from 2015 to 2019. “But the interest of governments in these technologies extends beyond applications in industry,” explains Roseli Francelin Romero, a professor of electrical engineering at the USP Institute of Mathematical and Computer Science (ICMC). “They can also be combined with networking and big data technologies to develop advanced cybersecurity solutions.” For Oliveira of IFSC-USP, “the concept of national security now extends beyond a nation’s military power to include its ability to develop cybersecurity technologies natively and reduce its dependence on foreign strategic resources.”

Brazil was late to realize the importance of these technologies. “Brazilian industry, which is heavily reliant on solutions developed in other countries, is currently only scratching the surface when it comes to deploying these technologies,” says Mariano Laplane, an economist at the UNICAMP Institute of Economics. This reflects historically low levels of investment in plant expansions and upgrades, due to a shrinking domestic market and the way Brazilian companies have struggled to compete in the global marketplace, he explains. A joint survey by UNICAMP, the Federal University of Rio de Janeiro (UFRJ), and Fluminense Federal University (UFF) between November 2019 and June 2020, paints a less-than-encouraging picture. Only 5% of the 982 companies in the survey were found to be operating at the technological frontier. “Nearly half of them are using obsolete digital solutions and have no plans to implement new ones within the next five years,” says João Carlos Ferraz, an economist at the UFRJ Institute of Economics who co-authored the study. “The best-performing companies are larger, invest more in R&D and training, and export more.”

Brazil has mechanisms in place to fund Brazilian firms, and especially small and medium-sized firms, in their technological transition to digitally enabled manufacturing and services. Two such mechanisms are available from the Brazilian Funding Authority for Studies and Projects (FINEP): Finep Inovacred 4.0 and Finep IoT, with funding drawn from the National Fund for Scientific and Technological Development (FNDCT) and awarded as interest-bearing loans. But with industrial activity currently contracted, companies are reluctant to apply for this type of funding because they will have to repay it even if the technologies they invest in fail to deliver expected returns. “Larger companies are able to overcome these barriers more easily by doing in-house R&D or engaging intermediate players to develop modular solutions to specific problems,” says Laplane.

Brazil’s situation means the future of its industry is highly uncertain. The lack of a strategic plan to support the establishment of tech-based firms and the modernization of incumbents can further exacerbate Brazil’s technological disadvantage. “Creating and implementing government programs to aid the development of cross-cutting technologies and their adoption in industry can help to develop the needed skills and native technological capabilities that can shape global trends,” says Glauco Arbix, a sociologist at USP’s School of Philosophy, Languages and Literature, and Human Sciences, and a former chair at FINEP. “By failing to invest in industry, Brazil is relinquishing its place as an important link in global value chains, and resigning itself to be a consumer of manufactured products and an exporter of commodities.”

But there is still time to turn things around. These technologies are expected to be disruptive in the short term in only a handful of industries. In most sectors the transformation will be gradual, according to a report titled “Industry 2027,” developed by economists at UNICAMP and UFRJ for the National Confederation of Industry (CNI) (see Pesquisa FAPESP issue no. 264).

In 2019 the federal government launched the Brazilian Chamber for Industry 4.0—an agency led by the Ministry of the Economy and the Ministry of Science, Technology, and Innovation (MCTI)—to foster collaboration between the public sector and industry and academia in adopting cross-cutting technologies in industry. “The MCTI is also orchestrating research on these technologies,” says Paulo Alvim, the ministry’s secretary for entrepreneurship and innovation. In May the MCTI announced a partnership with FAPESP and the Brazilian Internet Steering Committee (CGI.br) to create six artificial intelligence research centers in Brazil focused on applications in life science, agriculture, manufacturing, and smart cities.

There are several hurdles needing to be cleared, however, among them the current ST&I funding crisis in Brazil, which is constraining research in these fields and the development of a skilled workforce to create and deploy these technologies in manufacturing. “We hope to increase investments as soon as the freeze on FNDCT funding is lifted,” says Alvim, referring to the current curtailment of FNDCT funds (see the article “Futuro incerto” in the online edition of Pesquisa FAPESP). “We plan to invest R$ 100 million this year in cross-cutting technologies at universities and companies, either through calls for proposals from the Brazilian National Council for Scientific and Technological Development (CNPq) or through industry grants from FINEP.”