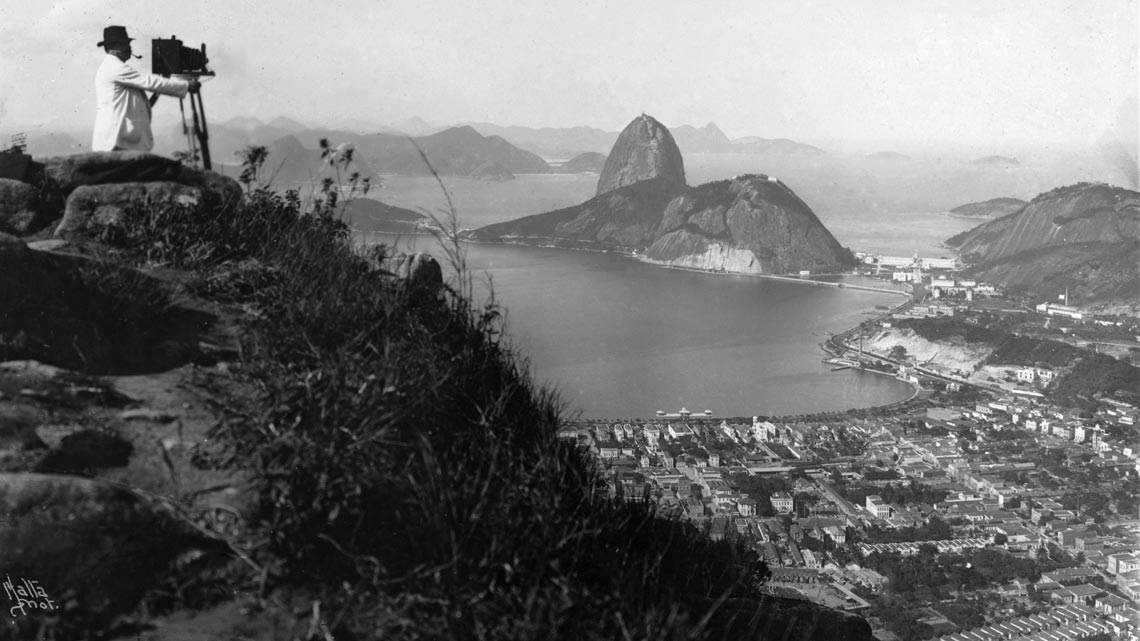 View of Botafogo and Sugarloaf Mountain from Mirante Dona Marta, in a photograph probably taken in 1910

An interactive map of Rio de Janeiro has just been released with photos, paintings, and graphic representations, all dated and geographically identified. With imagineRio, it is possible to follow more than 500 years of changes, growth, and transformations, some radical, to the landscape of the state capital of Rio de Janeiro.

“imagineRio began to be conceived in 2010 out of the necessity of two professors from the University of Rice, in Houston, Texas,” remembers Martin Passos, urbanist and researcher from the Moreira Salles Institute (IMS). “Alida C. Metcalf and Farès el-Dahdah are North American Brazilianists who teach the history of Rio de Janeiro to a student body that does not speak Portuguese. When they got to urban evolution, they felt a lack of something more visual, such as cartographic and historiographical material so the students could understand the changes of the city.”

“Metcalf studies colonial Brazil, the history of water in Rio, and the consequent evolution of the city,” explains social scientist Sérgio Burgi, responsible for the coordination and curation of photography for the IMS. “Whereas el-Dahdah is a specialist in modern Brazilian architecture, Oscar Niemeyer [1907–2012], Lúcio Costa [1902–1998], and Burle Marx [1909–1994].” According to Burgi, the genesis of imagineRio is the combination of these two interests, colonial and modern. 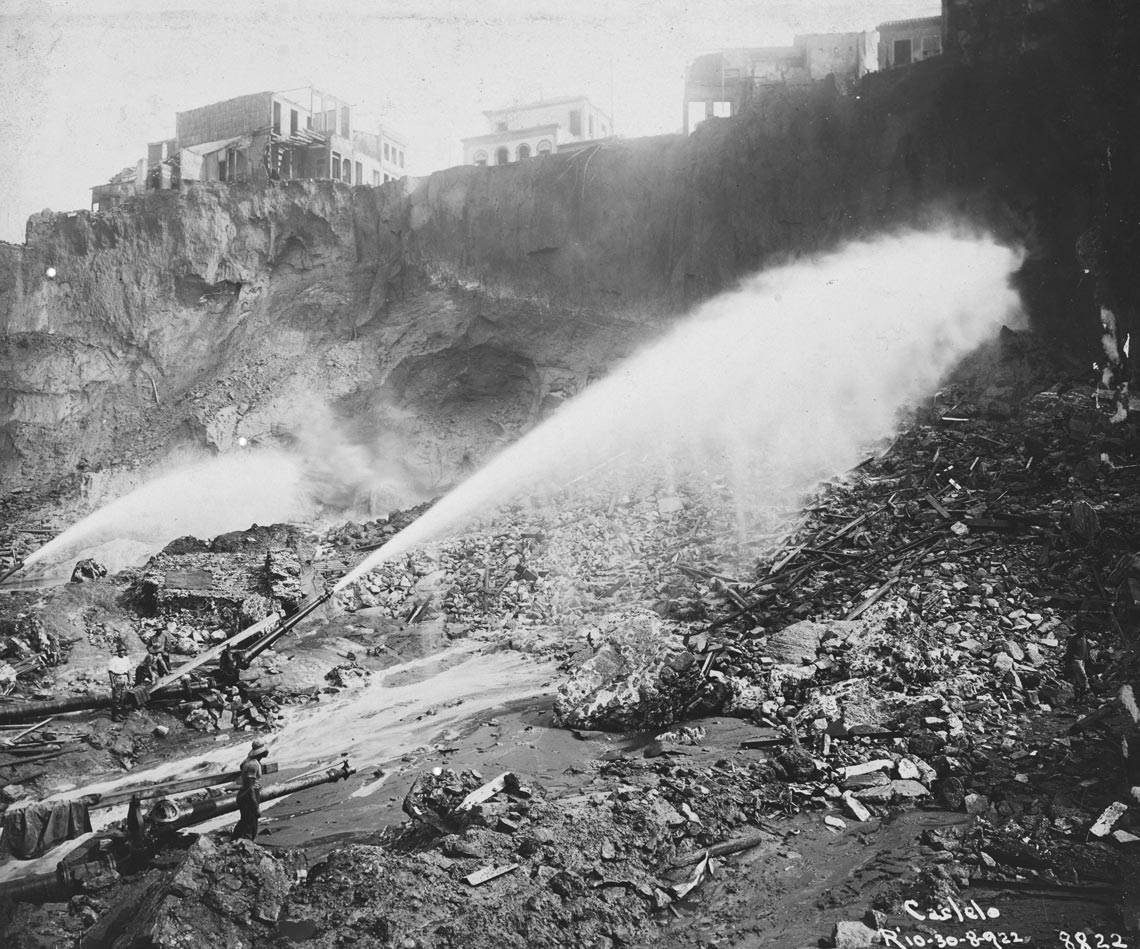 In Rice itself, Metcalf and el-Dahdah joined a group of programmers and studied the first platform for the project, superimposing old maps over the current relief of the city, made available online by Google. In 2012, approximately two years later, the university established a partnership with the company Axis Maps, also North American, which created a second more cartographically accurate platform with intuitive and immersive navigation.

But something important was missing from the project: images, thousands of them, in addition to the maps. In 2015, during an international seminar on digital cartography held in Rio, the team from Rice discovered the IMS and the synergy was immediate. The institute was already developing virtual reality projects in photography exhibitions, besides having a large collection of images of the city. The union was inevitable: on one side, the digital platform and cartography; on the other, the collection of photographs and territorial expertise. 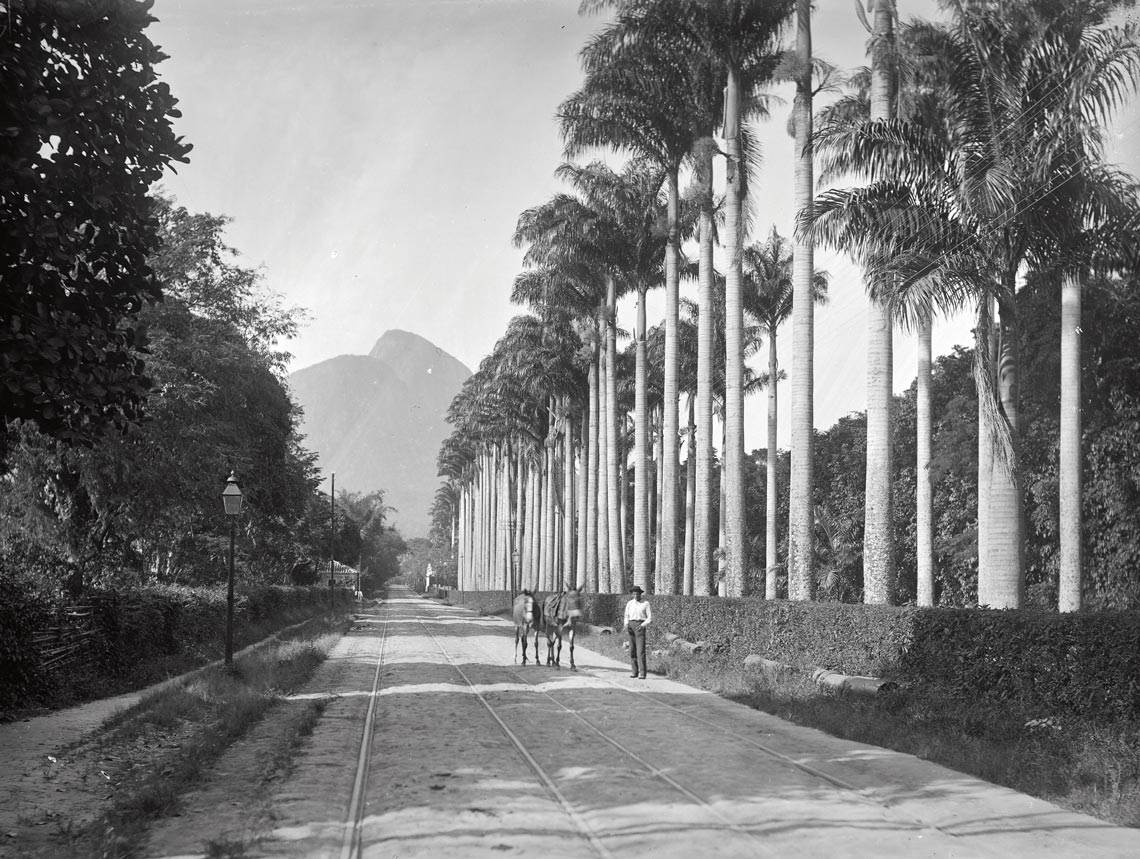 The third and most complete version of imagineRio is the coming together of these two institutions as well as a history of digital art scholarship awarded by the Getty Foundation at the end of 2018 to the Rice-IMS consortium. The US$200,000 of funding from Getty was planned for 24 months, but funding for the project was extended until the end of this year due to the pandemic and other delays. With this funding, the IMS was able to scan or rescan over 3,000 photos from its collection in high quality, join them with the maps from Rice and improve the interactive map, which has been officially available since the start of 2022. “The maintenance of the website continues to be done by the University of Rice, which counts on support from the institution itself and also external aid from Axis Maps, as well as the work of students of all levels,” says Passos. An important detail and one of the requirements for the financial support from the Getty Foundation: all the available images must be in the public domain and can now be shared freely. The same applies for their metadata, that is, the information regarding the authorship of these images, the year they were taken, dimensions, etc.

“In Rio, the last year of high school uses the city as the final topic of the core curriculum. The use of a robust cartographic tool, digitalized images, and a vast document collection is, methodologically, what can make the difference in approaches inside the classroom,” says geographer Walmir Pimentel, who has taught in state and municipal schools in Petrópolis, the mountainous region of the state, for 20 years.

“Considering that history is constructed as knowledge from the interconnection of oral, written, iconographic, and musical sources, among others, imagineRio provides access to extremely valuable images and cartographic data for those interested in studying the city from a broader perspective, understanding and broadening perceptions of the relationships between the population, land, and public power,” says writer Luiz Antônio Simas, also a high school history teacher in Rio. “The uses of a platform such as imagineRio are as varied as the people that will use it,” he says. 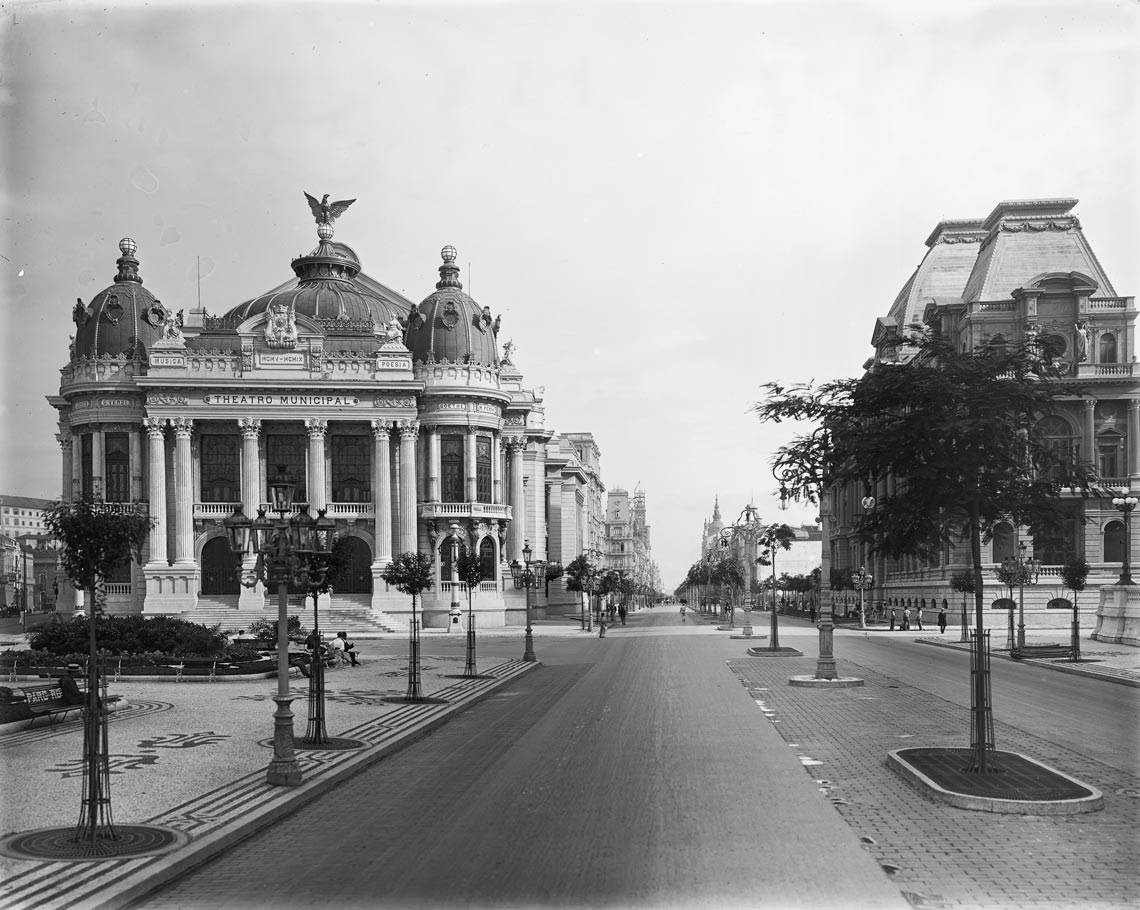 Historian Flávio Gomes, coordinator of the Laboratory of Atlantic History Studies of the Federal University of Rio de Janeiro (LEHA-UFRJ), has other ideas for using the interactive map. “I am monitoring, in a large research project, the movement of African occupation in different parts of the city. With the tools from imagineRio and the comparison with databases we are already able to see how Rio has been organizing itself between different ethnic territories, many of which are linked with commerce, religious identities, and different socialities,” he explains.

Simas says that he is interested “above all in the uses that allow understanding of how the city has been changing in an impacting way and to what extent these changes have affected the daily lives of people from Rio de Janeiro.” “The urban reorganizations of the First Republic, such as the Passos Reform between 1903 and 1906, the occupation of the suburbs, and the demolition of Morro do Castelo between 1920 and 1922, are compelling examples of these dramatic transformations,” he explains.

ImagineRioFrom top to bottom, the first two maps show the occupation of the city of Rio de Janeiro in 1600 and 1900, respectively. Photograph taken around 1866, by Georges Leuzinger from Morro de São Bento, showing the perspective of the view of Ilha das Cobras on the third mapImagineRio

“imagineRio is an attempt to join together multiple confluences, many entry points, so ideally the platform will be collectively appropriated by researchers, by institutions that preserve memory, and by the population that just wants to wander through the history of the city,” adds Burgi. In the future, he anticipates that the platform will maybe house historical surface models. It will be possible, for example, to walk around the center of Rio de Janeiro in 1808, in a 3D projection faithful to the city’s relief, like you can today with Google Earth.

Until this future arrives, those responsible for the project are attempting to go beyond the classic images, immortalized in the photographs of Marc Ferrez (1843–1923), Augusto Malta (1864–1957), and Jorge Kfuri (1893–1965), or even the paintings by Jean Baptiste Debret (1768–1848), Thomas Ender (1793–1875), and Johann Moritz Rugendas (1802–1858). In a partnership with the Images of the People program of the Favelas Observatory, 50 images of the Maré region were acquired that will allow the insertion of these territories on the map.