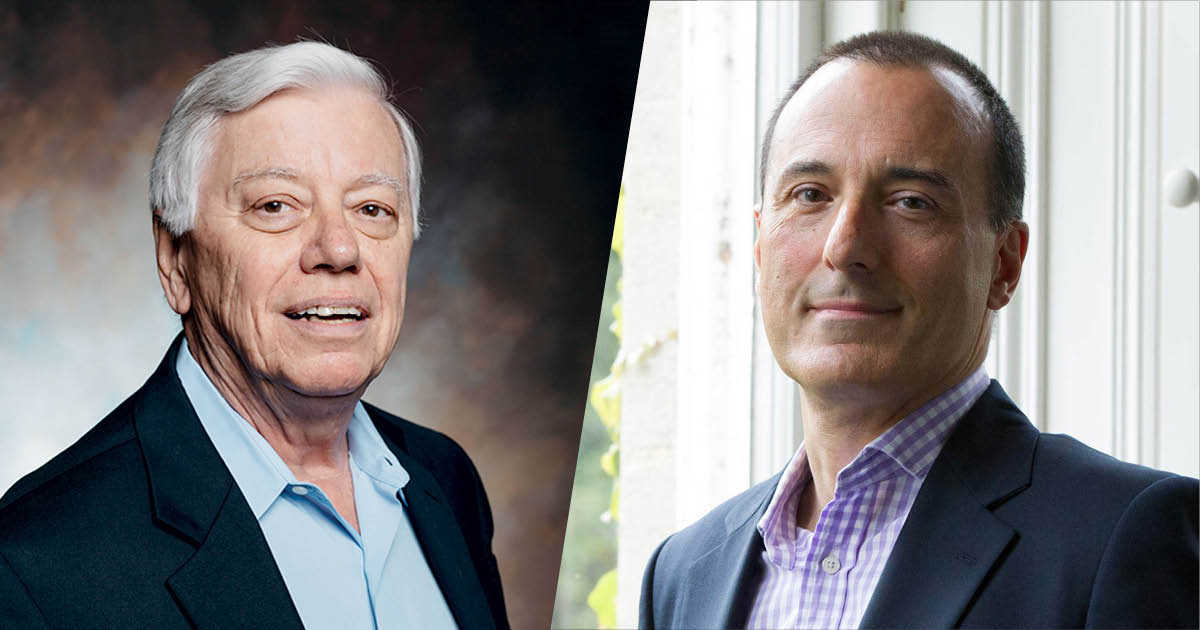 John Kincaid (right), director of the Center for the Study of State and Local Government at Lafayette College, USA and Paolo Dardanelli, professor of comparative politics at the University of Kent, UK

The study “Why Centralization and Decentralization in Federations?“, coordinated by John Kincaid, director of the Center for the Study of State and Local Government at Lafayette College, USA, and Paolo Dardanelli, professor of comparative politics at the University of Kent, UK, has just completed its first stage after two years evaluating the level of decentralization in federal nations around the world. The researchers analyzed the history of federal systems in Australia, Germany, India, Switzerland, Canada, and the United States, identifying two important findings: there is a trend toward centralization with respect to laws and regulations, and a trend toward decentralization in the fiscal and administrative spheres.

With an expanded scope, the study’s second stage will analyze federal systems in Argentina, Austria, Brazil, Mexico, Nigeria, Pakistan, and Malaysia. The objective is to measure the impact of democratization on the power balance in these countries. During a recent visit to Brazil to discuss the development of this new research phase, Kincaid and Dardanelli spoke to Pesquisa FAPESP about the hypotheses that influenced the study and its main findings.

Could you explain the concept of federalism within the context of your research?
John Kincaid: Federalism is a political system through which government is divided into central, state, and local levels that share the power of governing a nation. The states and municipalities have representatives in central government who can support their decisions, but there are also areas in which they govern independently. Federalism works well in large territories with significant regional differences, as is the case in Brazil. It also makes sense for territories where there are numerous ethnic groups and languages, like Canada. With federalism, each region or group is able to have their own say about their own individual needs. About 40% of the world’s population (26 countries) lives under a federal arrangement.

What are the objectives of the project?
Paolo Dardanelli: We want to understand how the division of powers between central, state, and local governments has developed throughout the history of each of these countries. The aim of the project is to identify whether the emergence of federalism resulted in more or less centralized forms of government in these nations. We created indicators that allow us to assess which governmental level holds most power regarding 22 public policy areas and five fiscal areas. We also work with the concepts of static and dynamic decentralization. The former describes how power is distributed at any given point in time, while the latter relates to changes over time.

JK: We use empirical results to develop theoretical perspectives on how federalism works in each country. It is important to understand these dynamics on a large scale not only to explain the balance of power within nations, but also the emergence of federal arrangements between countries, like the European Union, for example. The project offers potential lessons for countries that may want to establish federal systems in the future.

What hypotheses have been confirmed? Or refuted?
PD: Federalism has been studied at least since the United States Constitution was drafted in 1787, and many hypotheses have been formed since then. One of the aims of the project was to test the validity of some of them through empirical research. One classic hypothesis seen in the literature is the idea that the power in monolingual nations tends to be more centralized, while multilingual nations are more likely to distribute power among local governments. Our results suggest that multilingualism alone does not explain the decentralization dynamics seen in these countires. Canada is a multilingual country that was founded as a federation with fairly decentralized powers compared to the USA, for example, and it has maintained this level of decentralization. Switzerland and India, both of which are multilingual, show a similar trend toward decentralization in some areas, as does the USA, a monolingual nation. These findings demonstrate that multilingualism by itself does not lead to greater decentralization.

Did you make any other new discoveries?
JK: In the federations we studied, legislative power was generally found to be more centralized, while fiscal and administrative areas were more decentralized. This means that states or municipalities are increasingly functioning as administrators of public policies that are regulated at the federal level, maintaining a certain autonomy in terms of management. History also shows us that nations tend to go through periods of decentralization and other periods of centralization. The change is not linear—it can fluctuate over time.

What hypotheses are you working with in the second stage of the study?
PD: Since we are now looking at countries that have experienced regime changes and democratization, we expect to see more significant changes. There is usually a trend toward centralization during such periods, while the opposite tends to be true during periods of stable democracy. However, we know that decentralization can sometimes occur during authoritarian regimes. We want to understand why this happens. We believe that decentralization can function as a strategy for increasing legitimacy, but we want to identify other reasons too.