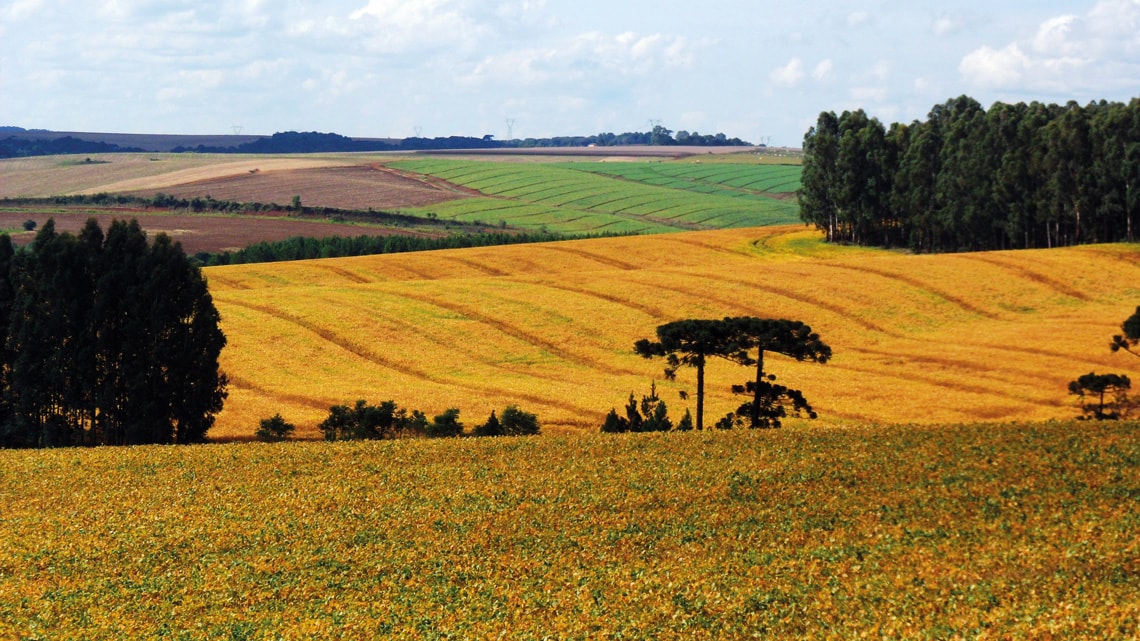 There are two factors putting pressure on global land use, according to the report by the UN Intergovernmental Panel on Climate Change (IPCC), released in Geneva, Switzerland, on August 8. The first is the growing global population, currently at around 7.7 billion people, which is increasing the demand for food and natural resources. The second is climate change, which creates new challenges for humanity’s difficult relationship with the planet’s land. Human activities manifest above all through agricultural activities, urban land use, and the preservation of natural areas. Opting, for example, to convert an area of native forest—which has stored a considerable amount of carbon into its biomass—into livestock pasture, results in a large quantity of greenhouse gas emissions. The choices humans make can minimize or exacerbate climate change, which in turn leads society to new decisions about how to use land, in a cycle that creates a feedback loop.

The new IPCC document is unlike its other large, comprehensive, general global climate reports, which have seen five editions produced to date—with a sixth in preparation, due for release in early 2021. This is a special report that deals with a very specific subject, in this case, the relationship between land use and climate change. It emphasizes issues such as desertification, soil degradation, sustainable land management, food security, biofuel production, and greenhouse gas fluxes in terrestrial ecosystems. This is the IPCC’s second special report, written and edited by 107 authors from 52 countries, including four Brazilian authors. The first, released in October 2018, spoke of the climatic impacts of a 1.5° C rise in global temperature over the coming decades. Because of its specificity, the new document does not address the necessary reduction in fossil fuel combustion, and focuses primarily on the relationship between humans and the planet’s surface. 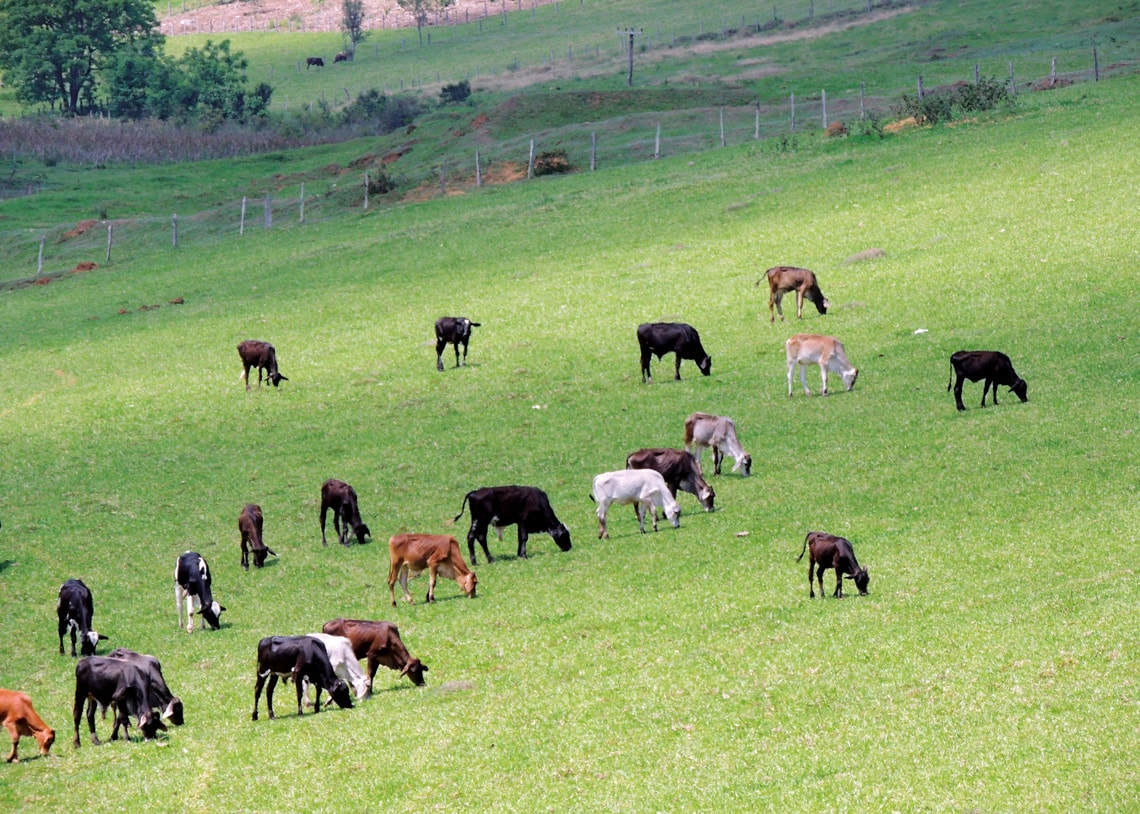 “Land plays an important role in the climate system,” said Scottish scientist Jim Skea, a professor at the Imperial College of London’s Center for Environmental Policy, in a statement when the report was released. “Agriculture, forestry, and other land use account for 23% of human greenhouse gas emissions. At the same time, the natural processes of terrestrial ecosystems absorb an amount of carbon dioxide (CO2) equivalent to nearly one-third of carbon dioxide emissions from fossil fuel combustion.” Skea is co-chair of the IPCC Working Group III, which studies ways to mitigate climate change by reducing greenhouse gas emissions or by removing them from the atmosphere.

According to the report, activities that depend on land use accounted for 13% of the CO2, 44% of the methane (CH4), and 82% of the nitrous oxide (NO2) emissions generated by humans from 2007 to 2016. Most emissions of CO2, the principal greenhouse gas, come from industrial and transport activities that involve the burning of fossil fuels. 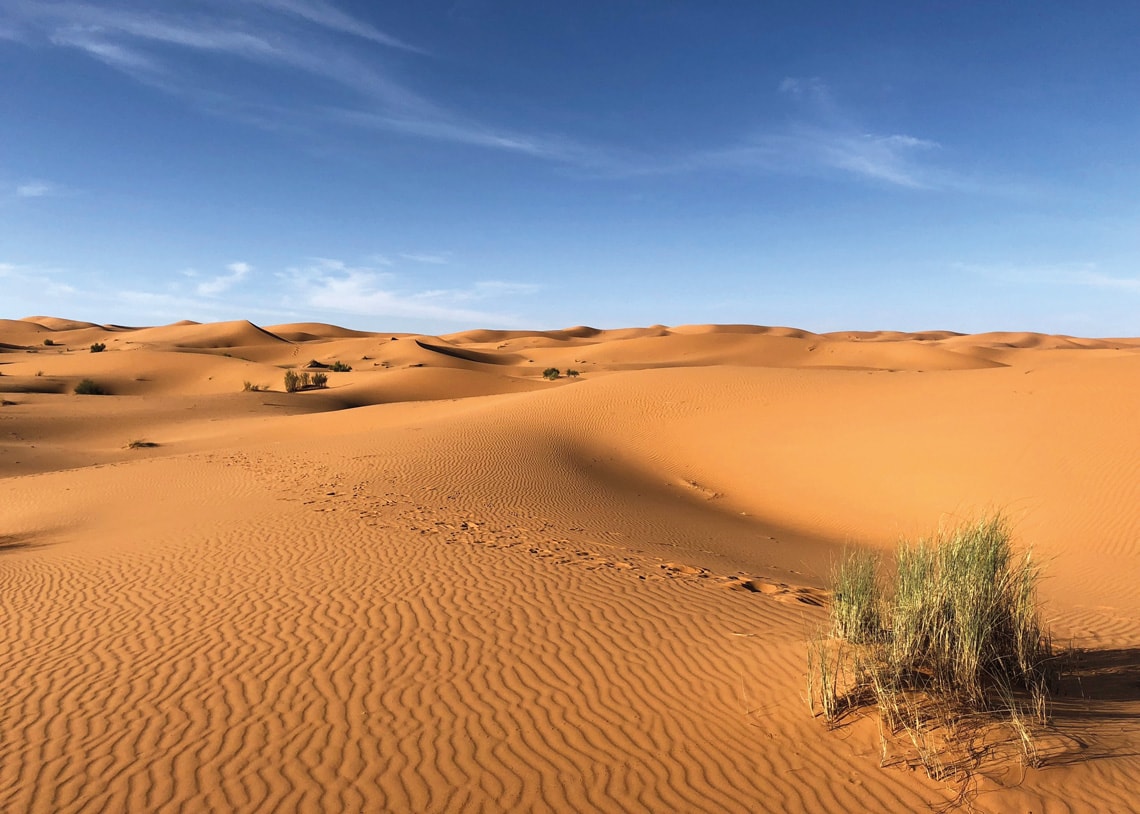 …and natural deserts: three forms of land use with different implications for the climateGreg Gulik / Pexels

There are about 130 million square kilometers (km²) of ice-free land on the continents, or 72% of the planet’s land mass. Most of this ice-free land is used by humans to obtain food, water, energy, fiber for various purposes, wood, and access to a range of environmental services, in addition to maintaining biodiversity. Pasture, both intensive and extensive, for raising cattle and other animals occupies 21% of the global ice-free land, while irrigated and non-irrigated agriculture account for 12%. From 1961 to 2016, meat and vegetable oil consumption more than doubled, and methane emissions, which are naturally produced by the digestive system of cattle and by rice cultivation, increased by 70%. Nitrous oxide emissions also doubled, as a result of the use of nitrogen fertilizers.

One of the report’s most consequential points was its emphasis on the adoption of diets with lower impacts on land use, which would result in fewer climate repercussions in terms of greenhouse gas emissions. “The report doesn’t make any direct recommendations to reduce meat consumption,” says physicist Paulo Artaxo of the University of São Paulo (USP), one of the Brazilians who participated in preparing the document. “It talks about adopting healthier, more sustainable diets that would bring health benefits to the population and the environment.” Reducing food waste is also essential. Today, one-third of the world’s food is lost or misused.

One of the issues discussed among the researchers who participated in writing the document was how this sensitive topic will be addressed in the final report. “We even discussed the ethical aspects regarding what kinds of diets the report could advocate,” says oceanographer and climatologist Regina Rodrigues of the Federal University of Santa Catarina (UFSC), who helped produce Chapter 7 of the report. One concern was to avoid stigmatizing populations from historically poorer areas, who only in recent years have been able to eat diets with more animal protein, which is a food source richer nations have been eating for far longer.

Livestock farming and other land uses emit 13% of the carbon dioxide, 44% of the methane, and 82% of the nitrous oxide produced by human activity

Bioenergy controversy
Another topic that sparked discussions, particularly during the final process of writing the report’s “Summary for Policymakers” section, was bioenergy. Is cultivating plants to produce some form of energy—such as Brazil’s use of sugarcane to make the ethanol that partially replaces fossil fuels—detrimental to food production? Is this practice a good use or a misuse of land with regard to combating or mitigating climate change? According to the report, the answer is: it depends. In some places, and for certain cultures, the results of employing bioenergy may be positive. In others, they may endanger food security and biodiversity.

For biochemist Glaucia Mendes Souza, from the USP Institute of Chemistry (IQ-USP) and a member of the FAPESP Bioenergy Research Program (BIOEN) steering committee, the new IPCC report presents a reasoned assessment of this issue based on the scientific literature, listing the pros and cons of adopting different types of bioenergy. “But the version of the report summary that was ready to be released in Geneva did not reflect this balanced view,” says Souza. “It treated all forms of bioenergy as if they were the same, without making it clear that in Brazil, sugarcane cultivation for ethanol production doesn’t compete with food production, and is important for reducing emissions caused by burning of fossil fuels in the transportation sector. Depending on how they’re produced, many forms of bioenergy are sustainable, even corn ethanol.” 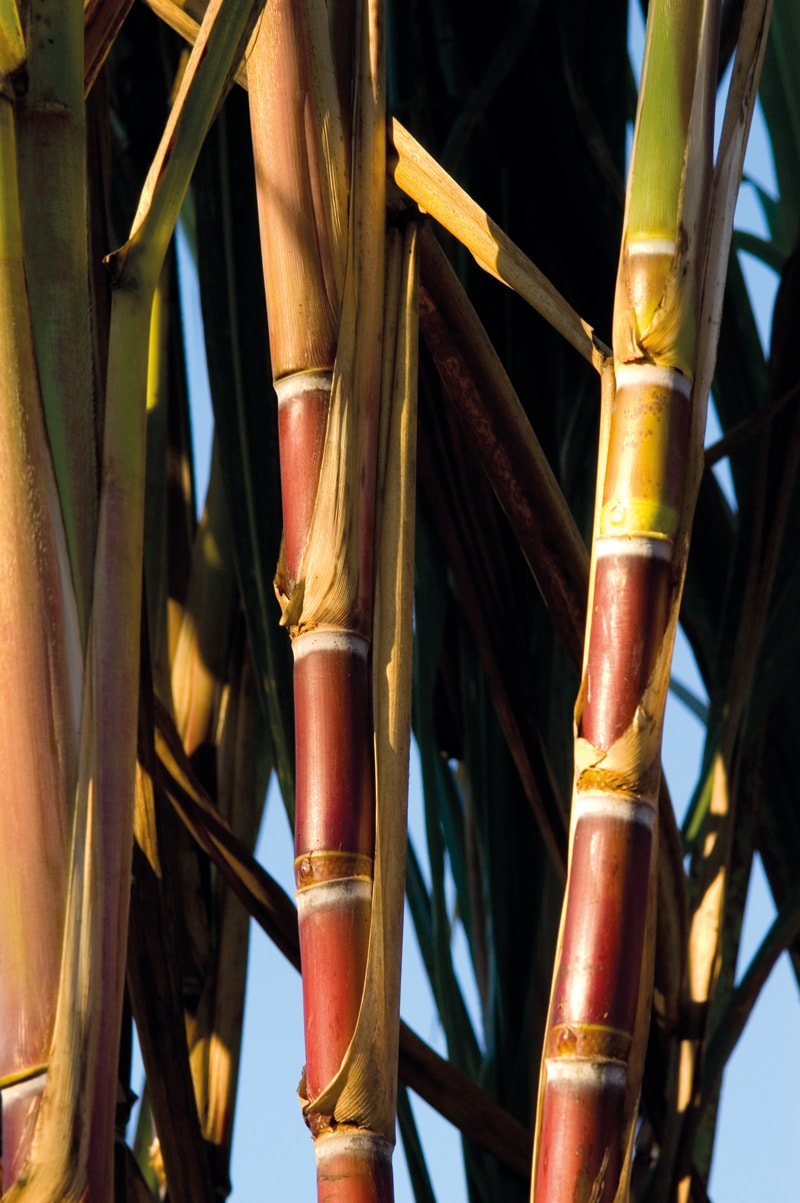 In addition, the original version of the summary also didn’t differentiate established bioenergy production, a reality in some countries, from the experimental use of technologies (called BECCS) aimed at capturing the carbon dioxide released from burning or fermenting biomass, and storing it underground. In theory, BECCS (bioenergy with carbon capture and storage) might look promising, but the initial version of the summary projected that it would take a few hundred million hectares of land worldwide for these technologies to have any impact on slowing global warming by 2050—which is an enormous amount of land that could be used to grow food. “Nothing indicates that ethanol production in Brazil needs to expand at that rate to remain competitive,” says agronomist Luís Gustavo Barioni of Embrapa Agricultural Informatics in Campinas and one of the authors of the chapter on food security, as well as a section on land and bioenergy in the new IPCC document. Currently, the area planted with sugarcane in Brazil totals 10 million hectares, with about half being used for producing bioethanol and half for sugar.

To dispel the overgeneralized viewpoint regarding bioenergy that was going to be published in the “Summary for Policymakers” section, Brazilian researchers exchanged real-time information via WhatsApp groups with officials from the Ministry of Foreign Affairs, who were in Brasília and Geneva in early August helping write the final draft of the report’s executive summary. Their strategy was to supply the ministry delegation with scientific studies on the sustainability of bioenergy production in Brazil, which does not threaten land area intended for food cultivation.

The effort worked and the summary ended up being more neutral, and in accordance with the tone of the report itself, as regards the role of biofuels in mitigating climate change. “On the last day of negotiations at the meeting in Switzerland it took 30 hours to reach a consensus,” says Renato Domith Godinho, head of the ministry’s Energy Promotion Division. “Germany and Sweden understood our position and supported us throughout the discussions,” says meteorologist Humberto Barbosa of the Federal University of Alagoas (UFAL), who was coordinator of the chapter on land degradation, and also contributed to the summary’s final draft.