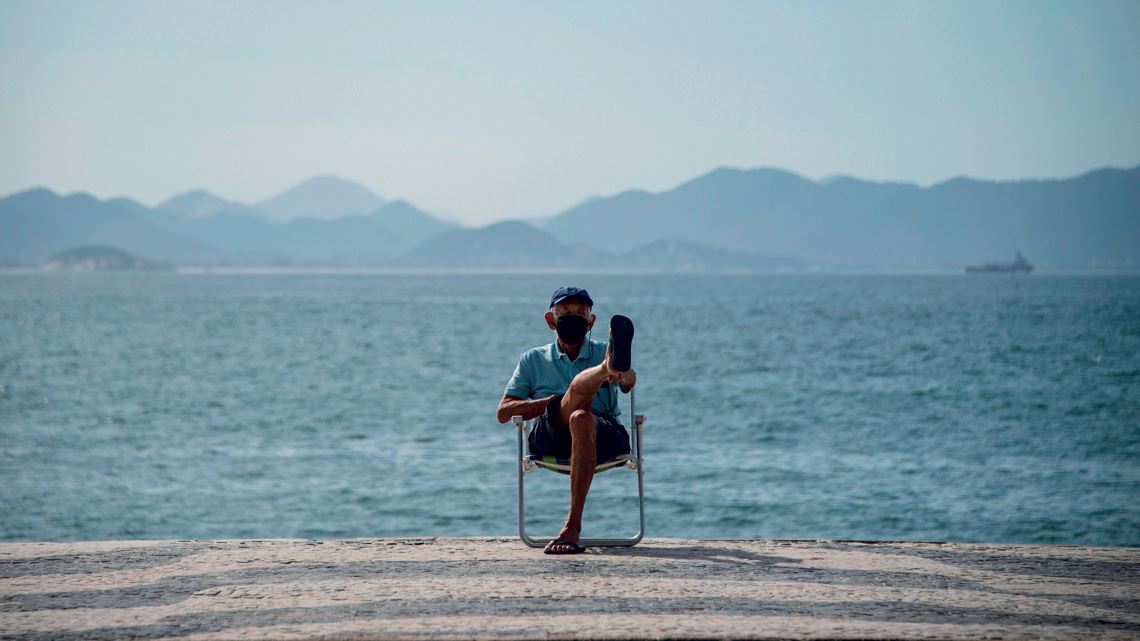 A comparative study of 363 cities in nine Latin American countries found that life expectancies vary widely—by as much as 14 years—across cities in the region. Longevity disparities on the continent were found to be highest in Brazil—where life-expectancy gaps across cities are as large as 10 years, and longevity increases in a North-South pattern—as well as in Peru and Mexico.

In the countries they analyzed, the researchers found that life expectancy decreases with city size for men, but not for women. The larger the city, the higher the incidence of violent deaths, with young men being the primary victims. In addition to violent deaths, the study assessed variability in other causes of death including maternal, neonatal, and nutritional causes, cancer, cardiovascular disease and other noncommunicable diseases, and injuries.

Life expectancy has declined by 1.94 years in Brazil as a result of the pandemic

Average life expectancy in Latin American cities varies by more than 8 years for women—from 74.4 to 82.7 years—and by 14 years for men—from 63.5 to 77.4 years. The proportion of violent deaths also varies widely, from 1% to as much as 20% of total deaths depending on the city. “Studies about population longevity typically look at averages for countries or provinces within countries. But in Brazil, for example, the country average of 75.7 in 2018 masks considerable differences across cities,” says lead author Usama Bilal, an epidemiologist at Drexel University’s Dornsife School of Public Health, in Pennsylvania, noting that the Latin American cities with the highest longevity have similar life expectancies to those in high-income countries, such as Sweden and Switzerland.

A Nature article reporting on the study also compared causes of deaths across cities, confirming the intuitive notion that cities with higher levels of education, water access, and sanitation will have higher life expectancies and fewer deaths from infectious diseases. In Brazil, death rates from different causes also vary across regions. The study found the highest rates of death from communicable diseases in the North, violent deaths in the Northeast, noncommunicable diseases and cardiovascular disease in the Southeast, and deaths from cancer in the South. “The causes of death to some extent reflect regional social and economic patterns,” Bilal explained in an email interview.

Waleska Teixeira Caiaffa, a professor at the Federal University of Minas Gerais (UFMG) School of Medicine, who led the Brazilian leg of the study, notes that, in general, higher rates of communicable diseases are associated with poorer social and economic conditions, while higher rates of chronic diseases, such as cancer, are associated with higher longevity. In recent years, Brazil has seen a downward trend in communicable diseases and an upward trend in deaths from chronic diseases, she notes, reflecting higher life expectancies. “These trends, however, are likely to be affected by the COVID-19 pandemic, which could increase the incidence of chronic diseases,” predicts the researcher.

Caiaffa, who heads UFMG’s Epidemiology Research Group and the Belo Horizonte Urban Health Observatory, says the findings from the study can point to needed government programs in areas such as education and health. “We found, for example, that in São José do Rio Preto, southeastern Brazil, one of the cities with the highest income per capita in the country, around 20% of causes of death are related to poor maternal and neonatal conditions, suggesting the need for better public healthcare policies for mothers and newborns; but in the northeastern city of Porto Seguro, where 20.2% of deaths are from violent causes, local governments need to invest more in improving public security,” she says, noting that, in addition to providing inputs into public policy, the study can also inform wider initiatives to bring about change.

The Drexel University study, conducted from 2017 to 2020, analyzed 5 years of data (2012–2016) on all cities with a population above 100,000 in Brazil, Argentina, Colombia, Chile, El Salvador, Peru, Panama, Mexico, and Costa Rica, representing a total population of 283.3 million people. These nine countries were selected based on the quality of available data. In Brazil, vital statistics data were obtained from the Mortality Information System at the National Healthcare System’s (SUS) Information Technology Department, to compile information about mortality, demographic data such as population counts, and social and economic indicators. “We also used satellite imagery to profile the different cities,” says Bilal, recalling that one of the challenges was standardizing the data across the nine countries to make them comparable.

The study was carried out as part of Salud Urbana en América Latina (SALURBAL), a project launched in 2017, with funding from the Wellcome Trust in the UK, to investigate how urban environments and urban policies impact the health of city residents throughout Latin America. Around 200 researchers from countries such as Columbia, Mexico, the US, Peru, Chile, and Argentina are collaborating on the project, including 35 Brazilian scientists linked to institutions such as UFMG, the Rio de Janeiro and Bahia chapters of the Oswaldo Cruz Foundation (FIOCRUZ), and the University of São Paulo (USP).

Tirza Aidar, a demographer at the University of Campinas’s Elza Berquó Center for Population Research (NEPO-UNICAMP), says the biggest contribution from the SALURBAL project is providing a comparative perspective across countries in Latin America. She notes that before the pandemic, Brazil had made important strides in reducing deaths from heart disease and infant mortality, which had fallen to 12.4 deaths for every 1,000 live births in 2018, according to the Brazilian Institute of Geography and Statistics (IBGE), down from 146.6 deaths for every 1,000 live births in the 1940s. “The current study can provide inputs for comparative analysis about the impacts from COVID-19 on life expectancy,” says Aidar.  A study at the Department of Global Health and Population at the Harvard T.H. Chan School of Public Health, in collaboration with researchers from the Demography Department at UFMG, has found that life expectancy at birth in Brazil has been reduced by 1.94 years as a result of the pandemic. The study, published as a preprint in early April, used mathematical models and data on reported COVID-19 deaths in the country in 2020.