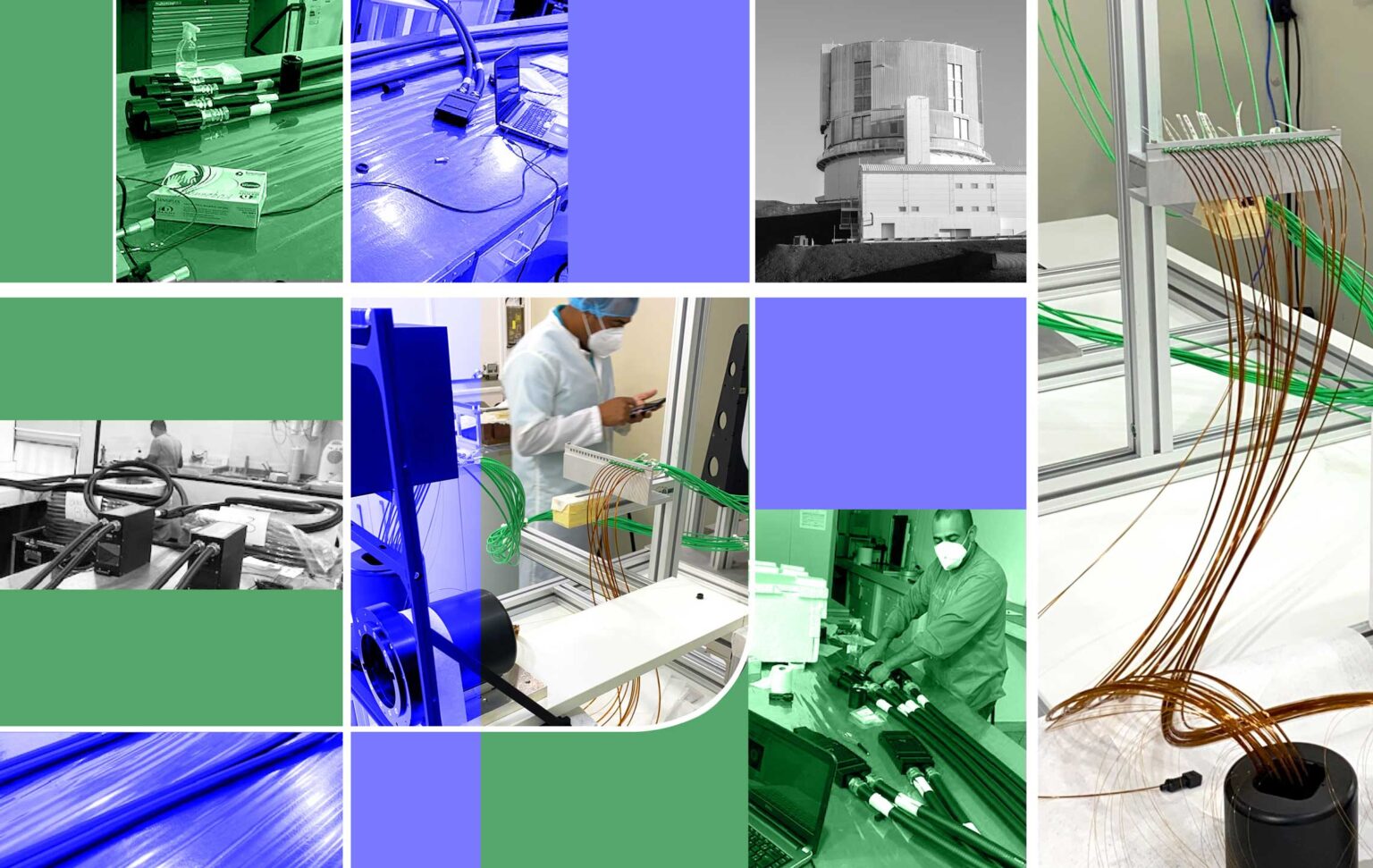 A Brazilian research group is putting the final touches on its contribution to the Japanese Subaru telescope on the peak of Mauna Kea, in Hawaii. Designed and constructed in Brazil, the last cable for the fiber optic system arrived by air at its final destination in early June. Once it is joined to the first two cables, which were delivered in 2020 and 2021, the complex will have 2,394 optical fibers—distributed over a 65-meter length—with microlenses attached to the ends that will work like small eyes pointed to the sky. The subsystem will be an essential part of the latest generation of Prime Focus Spectrograph (PFS), a type of observatory equipment used to estimate the chemical composition, speed, distance, and age of a star. Built by an international consortium, the new PFS is scheduled to begin operating in late 2023.

“Once the PFS starts operating, the Subaru will be the world’s most advanced ground-based telescope for studying very distant galaxies and stars,” says astrophysicist Laerte Sodré Júnior, from the Institute of Astronomy, Geophysics, and Atmospheric Sciences at the University of São Paulo (IAG-USP), the coordinator of the optical fiber project. This is because by implementing the new spectrograph the Japanese telescope—whose mirror measures 8.2 meters in diameter—will be able to observe almost 2,400 astronomical objects simultaneously. “There has never been a spectrograph with this number of fibers installed in a telescope of this size,” Sodré observes.

He points out that the Dark Energy Spectroscopic Instrument (DESI), a spectrograph that began operating last year at the Kitt Peak National Observatory in the United States, has 5,000 optical fibers, however, they are in a telescope with a mirror half the size of the Subaru. “With Subaru we will have a view area that’s four times larger for observing a particular region, in other words, the data collection will be four times faster. The Subaru has two defining features: the optical quality and the large area for light collection,” he explains. The more light that is received, which is proportional to the area, the faster and more efficiently data is collected, increasing the ability to observe fainter objects. Subaru has one of the world’s largest digital cameras, the Hyper Suprime-Cam (HSC)—a key technology for creating cosmic maps—that captures an area nine times the size of the full moon, with 870-megapixel resolution. 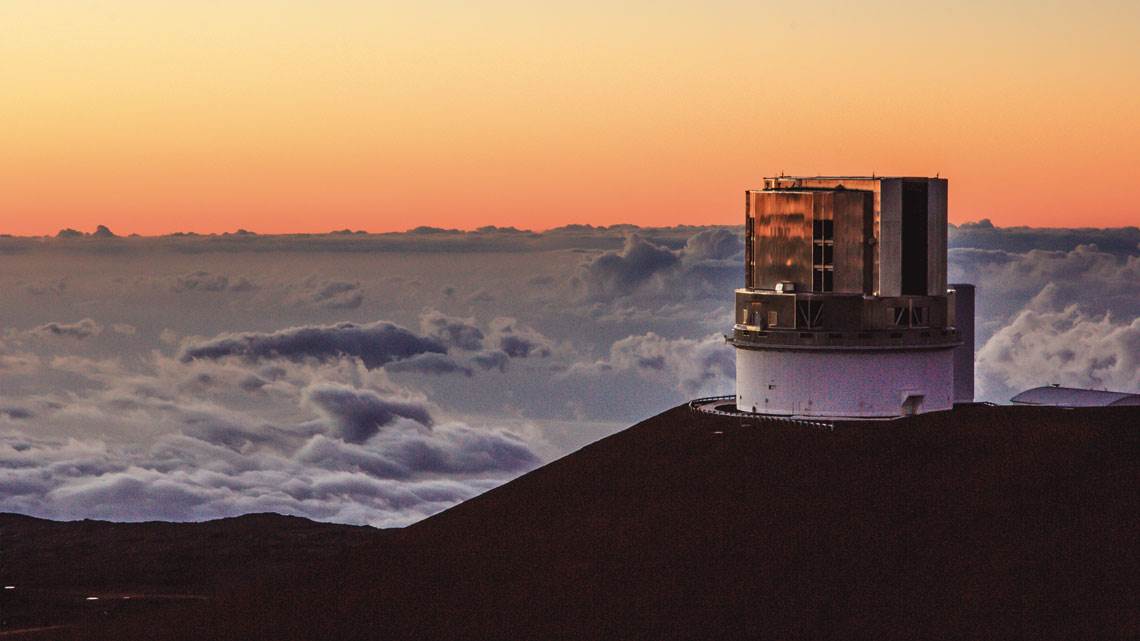 Over the next five years, the plan is for the PFS to be shared by the researchers who participated in its construction—within the scope of the international consortium formed by Japan, Brazil, Germany, the United States, and China—in order to collect millions of data points on the cosmology, evolution, and archaeology of galaxies. In practice, this will enable studies on the nature of dark matter and the exploration for more clues to how the Milky Way itself formed, to name two examples. “Much research indicates that during its evolution the Milky Way has been swallowing dwarf galaxies, which once functioned as satellites. The PFS will help us unravel when dwarf galaxies formed and better understand the history of our own galaxy,” the astrophysicist says.

Over the project’s 12-year history, around 30 researchers, engineers, and technicians from IAG-USP, the National Astrophysics Laboratory (LNA), and the private firm Oliveira Instrumentação Óptica (OIO) participated in the design and development of the optical system components, which was given the name FOCCOS (for “fiber optic cable and connector system”). They developed three cables with 42 fiber optic modules each, in addition to adapted connectors that allow for maintenance at detachable junctions. The cables will be connected to the three arms of the four spectrograph modules, whose cameras take readings in the blue, red, and infrared spectrum.

After the testing period for these last elements in Hawaii, the FOCCOS will be completely integrated into the PFS’s primary focus instrument, the area that receives the light reflected by the 8-meter mirror. The fiber optic system will function as the corridor for the captured light. The modules will be installed in 57 rotating devices that will allow the repositioning of the fibers towards the observed object, ensuring that more precise data will be obtained. 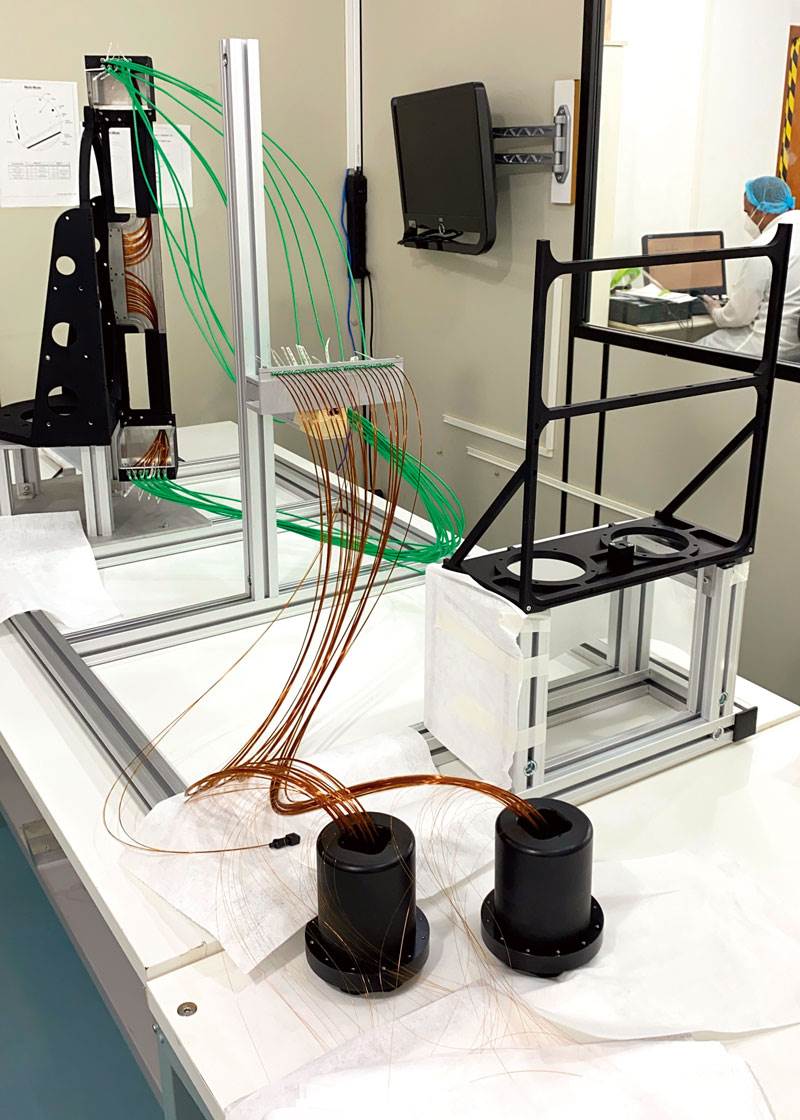 “We’re going to see the PFS become a reality almost 20 years after the initial idea of building it,” Sodré says. Originally, the spectrograph was designed for the Gemini telescope, also on Mauna Kea, however, the researcher says the initial project was canceled due to a lack of funds. It was then that the University of Tokyo became interested in the PFS for its Subaru telescope. The budget for FOCCOS is estimated at US$5 million, with US$1 million invested by FAPESP through thematic projects and grants, close to R$100,000 coming from the National Council for Scientific and Technological Development (CNPq), and the remainder going to the salaries of team members over the last ten years.

Physicist Luiz Vitor de Souza Filho, from the São Carlos Institute of Physics (IFSC) at USP, who is also chairman of the board of the international scientific collaboration that coordinates the Cherenkov Telescope Array (CTA)—and did not participate in the PFS project—says Brazil has improved its capacity in astronomical instrumentation over the last 20 years. “We see this reflected by an increase in the country’s participation in astronomical research and discoveries. We have access to important data, which wasn’t possible before we were part of constructing large instruments,” he observes.

In addition, the physicist points to the advancement in technology and innovation. “Projects like the PFS work at the limit of our technological development, presenting challenges like optical instruments, micromotors for precision movements, and sensors, among others, for Brazilian industry,” he says.

“What we discover in our research may affect us a century from now, but instrumentation provides an immediate impact on Brazil’s capacity building,” says Souza Filho. He believes there are three major projects that will stand out over the next 30 years: the PFS, the Giant Magellanic Telescope (GMT) under construction in Chile, and the CTA itself, which Souza Filho coordinates. “Our challenge now is to maintain our group of researchers, engineers, and technicians over the long term,” says Sodré, who is also the coordinator of the GMT.