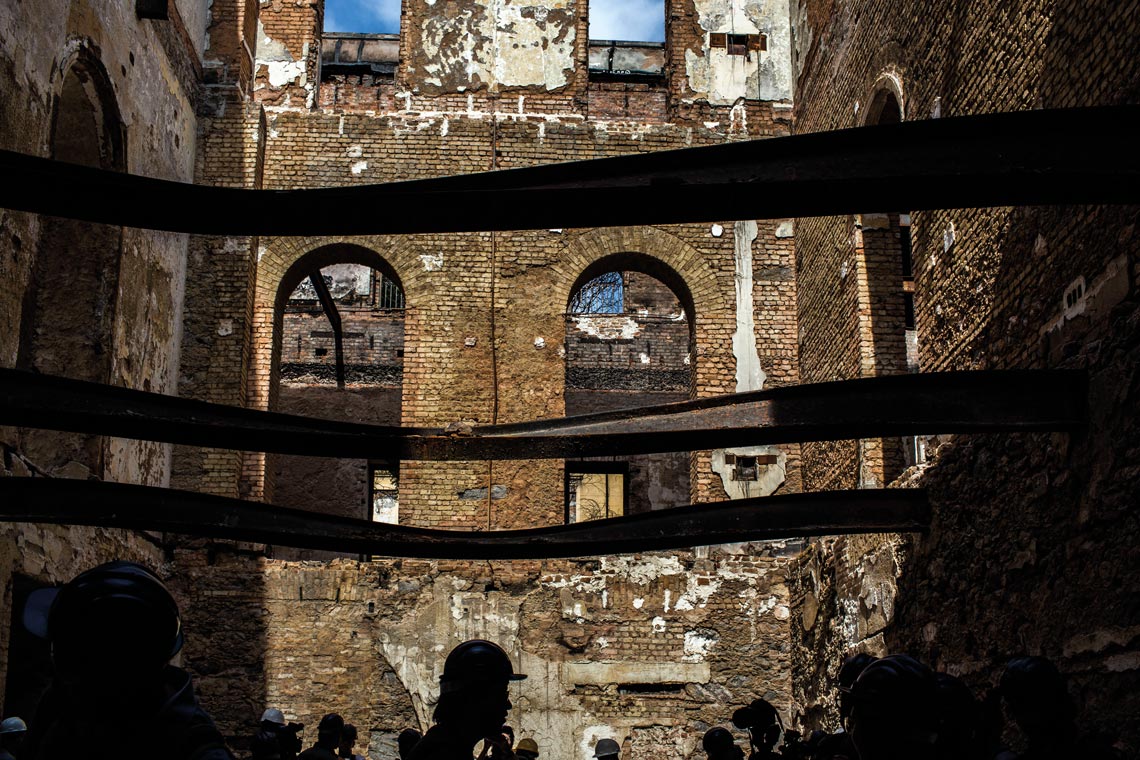 The fire, started by an air-conditioning unit in the auditorium, quickly spread and destroyed most of the museum in September 2018

Improper electrical installations were likely the cause of the fire that destroyed the Brazilian National Museum in Rio de Janeiro on the night of September 2, 2018, according to a Federal Police report issued on April 4. Experts who participated in the investigation spent nearly an hour at the Federal Police headquarters in Rio de Janeiro describing how they examined the scene via aerial photographs, scanned images, and excavations, eventually concluding that the fire was caused by an electrical overload of the air-conditioning system near the stage of the ground-floor auditorium. The auditorium was located below the room that housed the fossil of Maxakalisaurus topai, a 13-meter-long dinosaur that fell in with the collapse of the ground-floor ceiling and was destroyed by the advancing fire.

Sparks were generated because three appliances were connected to a single circuit breaker, a device that automatically switches off an electrical circuit when the current is too high. “There should be one circuit breaker for each machine,” said criminal investigator Marco Isaac in the presentation video. “The air-conditioning units were not installed in accordance with the manufacturer’s guidelines.”

Early on Sunday night when the fire began, “the air-conditioning unit was the only equipment in the auditorium that was on standby, awaiting input from a remote control,” noted Marco Antônio Zatta, another investigator. He also highlighted another electrical failure: “We found no evidence that the appliances were grounded, which would have helped divert the flow of the current in the event of a failure.”

The experts found that the fire extinguishers were working, but there were no wall hydrants, sprinklers, or fire alarms. “The museum was destroyed because there were no fire detection devices,” said Carlos Alberto Trindade, another Federal Police expert, “nor were there any fire doors, which would have prevented the blaze from spreading.”

If there had been visitors in the museum when the fire began, the tragedy could have been far greater—after studying photographs from before the event, the experts identified no escape signs. The investigating team was able to rule out other theories, such as lightning, a falling hot-air balloon, and arson. Publication of the report signifies the end of the investigation into the cause of the fire, but the experts are still working to determine whether anyone was responsible for the incident. “We have not yet closely examined the report and the museum board is not technically qualified to comment on it,” said museum director Alexander Kellner.

Soon after the fire, the federal government announced that R$10 million would be provided for the museum’s reconstruction, which is likely to cost between R$50 million and R$100 million. Through a parliamentary amendment passed by legislators in Rio de Janeiro, the federal government later approved another R$55 million. “Rebuilding is going to start this year,” says Kellner.