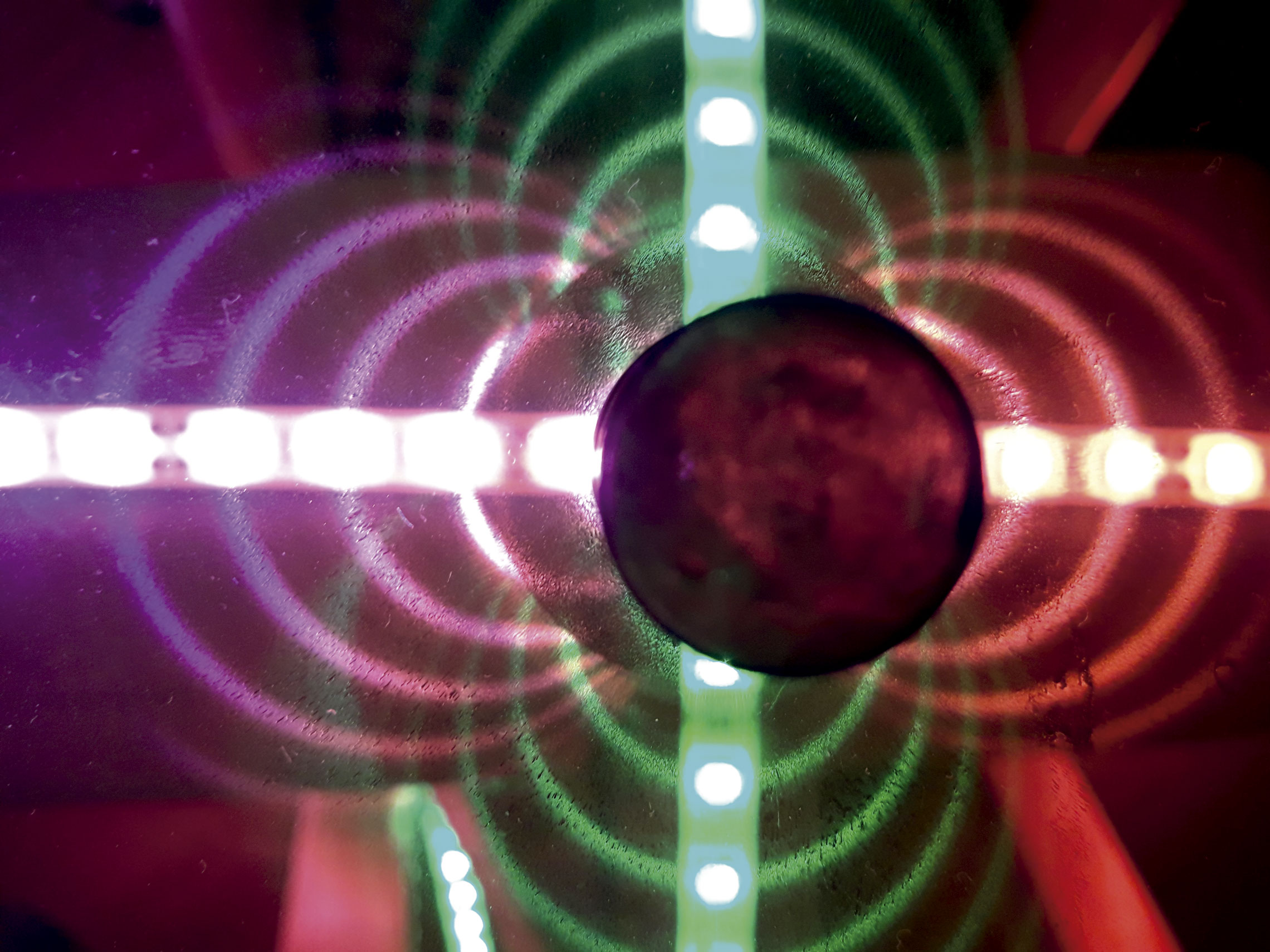 LED light strips, a cylindrical magnet, and a thin film of ferrofluid (a liquid composed of nanoparticles that respond to magnetic fields). This is the recipe for the diffraction effect shown in the image above, in which the colored lights form circles—and no one knows why. While investigating the mystery, physicists Adriana and Alberto Tufaile demonstrated the phenomenon at the International Conference on Magnetism, which took place in the USA in July. “The leading experts in the field were there, and they had never seen the effect,” Alberto Tufaile said.

Image submitted by Alberto Tufaile, a professor at the School of Arts, Sciences, and Humanities at the University of São Paulo (EACH-USP)