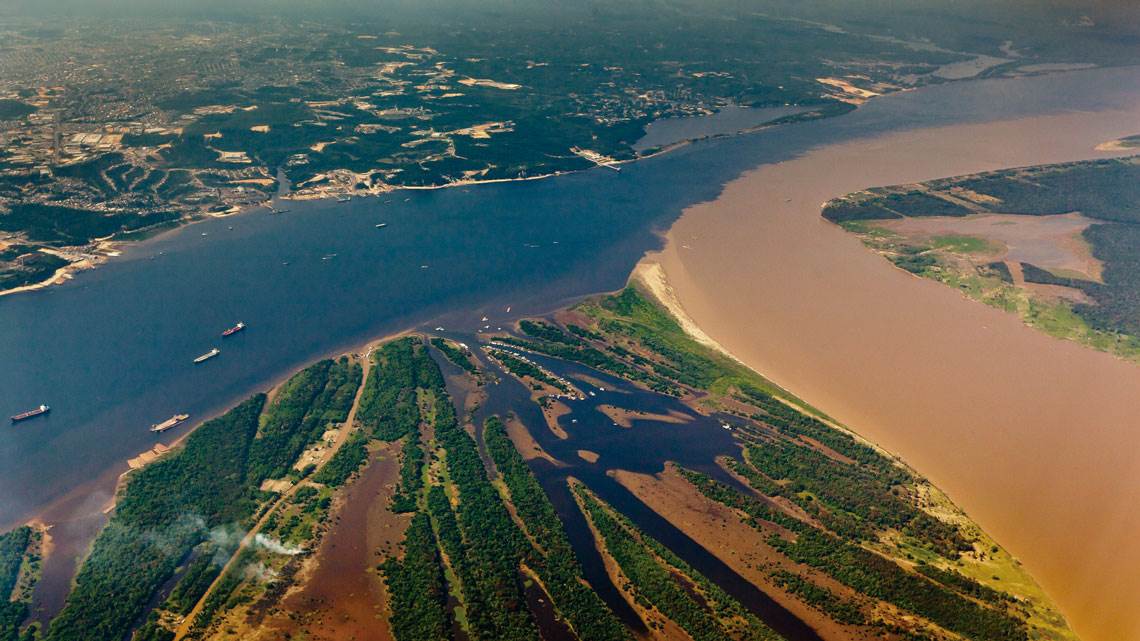 Confluence of the Negro and Solimões rivers near Manaus, one of the sample points

Painkillers, antidepressants, antiallergics, and antihypertensives can be found not only in pharmacies and hospitals, but also in rivers all over the world. A group of 127 researchers from 86 research centers, including Brazilians, found residues of 73 drugs in water samples from 1,052 locations in 258 rivers on every continent on Earth. Some 470 million people live in the areas surrounding the sample sites. The chemical compounds found in the highest concentrations were the painkiller paracetamol, the stimulant caffeine, the antidiabetic drug metformin, the antiallergic fexofenadine, the antibiotics sulfamethoxazole and metronidazole, and the anticonvulsant gabapentin. Rivers in poorer countries in Asia, Africa, and South America were the most polluted. The highest concentration (227 micrograms per liter) was of paracetamol, found in a sample collected near a garbage dump and sewage outlet in the Seke River in La Paz, Bolivia. The rivers sampled in Brazil were the Piracicaba River near the municipality of Americana in the state of São Paulo, in which 4 compounds were detected; the Negro, Solimões, and Amazon rivers in Manaus, which together contained 23 drugs; and the Pitimbu River in the Natal Metropolitan Area in Rio Grande do Norte, with 12 (PNAS, February 14).