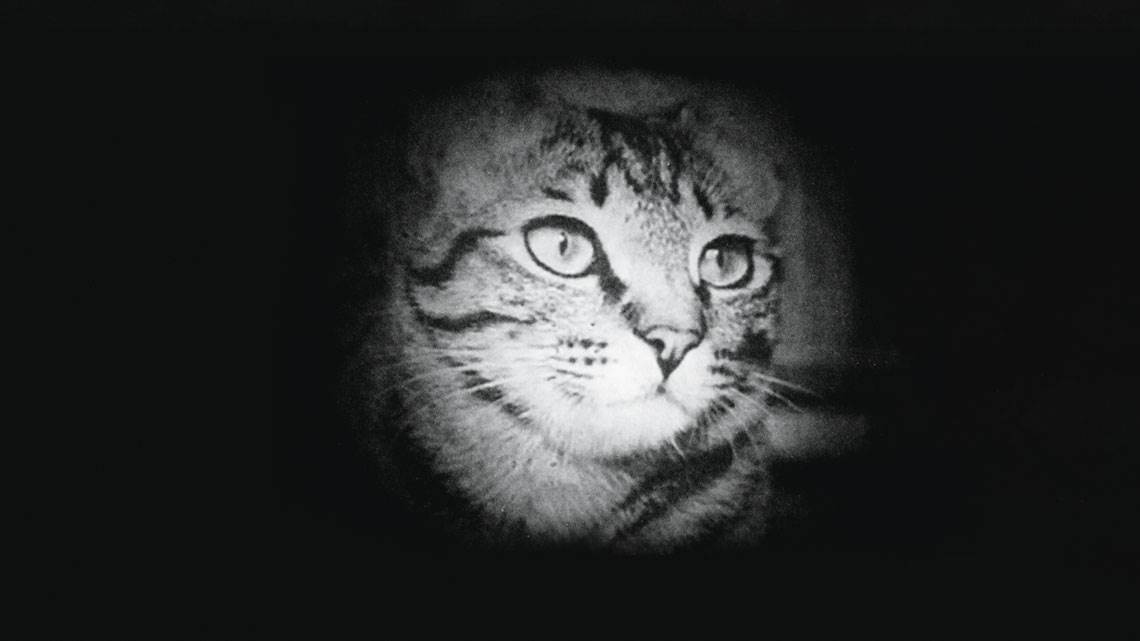 Two researchers from the Laboratory of Quantum Technologies of the São Carlos Institute of Physics of the University of São Paulo (IFSC-USP) have developed a method that can control the distribution of a laser beam’s luminous intensity with more agility and precision. To demonstrate that the technique works, they encoded a high-definition image of a cat in a laser beam. Instead of generating a narrow, focused point of light like a laser pointer, the projection from this type of light, manipulated using their technique, can form a portrait of a feline or any other programmed pattern.

“The study is a proof of principle to illustrate how complex and intricate patterns can be encoded and reproduced with a high degree of detail and fidelity through the technique we are proposing,” says physicist Sérgio Muniz, from IFSC, one of the study’s authors, with his master’s student Pedro Faleiros Silva. The results were presented in mid-2021 and published in the journal of the SBFoton International Optics and Photonics Conference (SBFoton IOPC).

In the laboratory, the researchers made the laser beam reflect off a device called a spatial light modulator (SLM), built with liquid crystal. Each pixel from this high-precision device can be controlled by electrical fields, programmed by a computer. Scientists are thus able to modulate the phase and control the interference of the light intensity point to point and can distribute it in the pattern they want.

The level of control of light parameters achieved through the experiment could be useful in improving what are known as optical tweezers. These devices use a laser beam to hold and move microscopic objects, such as nanoparticles, atoms, molecules, and Bose-Einstein condensates (a state of matter in which a rarefied gas is cooled to a temperature close to absolute zero, a condition in which its atoms manifest certain quantum properties). “Optical tweezers are a tool to control matter with extreme precision, without touching it directly,” explains Muniz. “In experiments with ultracold atoms, they are essential for not heating up the system. Otherwise, the atoms would be heated to the temperature of the object they came in contact with.”

For now, in addition to encoding images, the new technique is being studied in quantum simulations with ultracold atoms and for controlling nanoparticles with optical tweezers. The study’s authors say the method allows light from a laser beam to be controlled without the need to turn to complicated computer algorithms. However, further studies need to be conducted to confirm the technique’s potential.