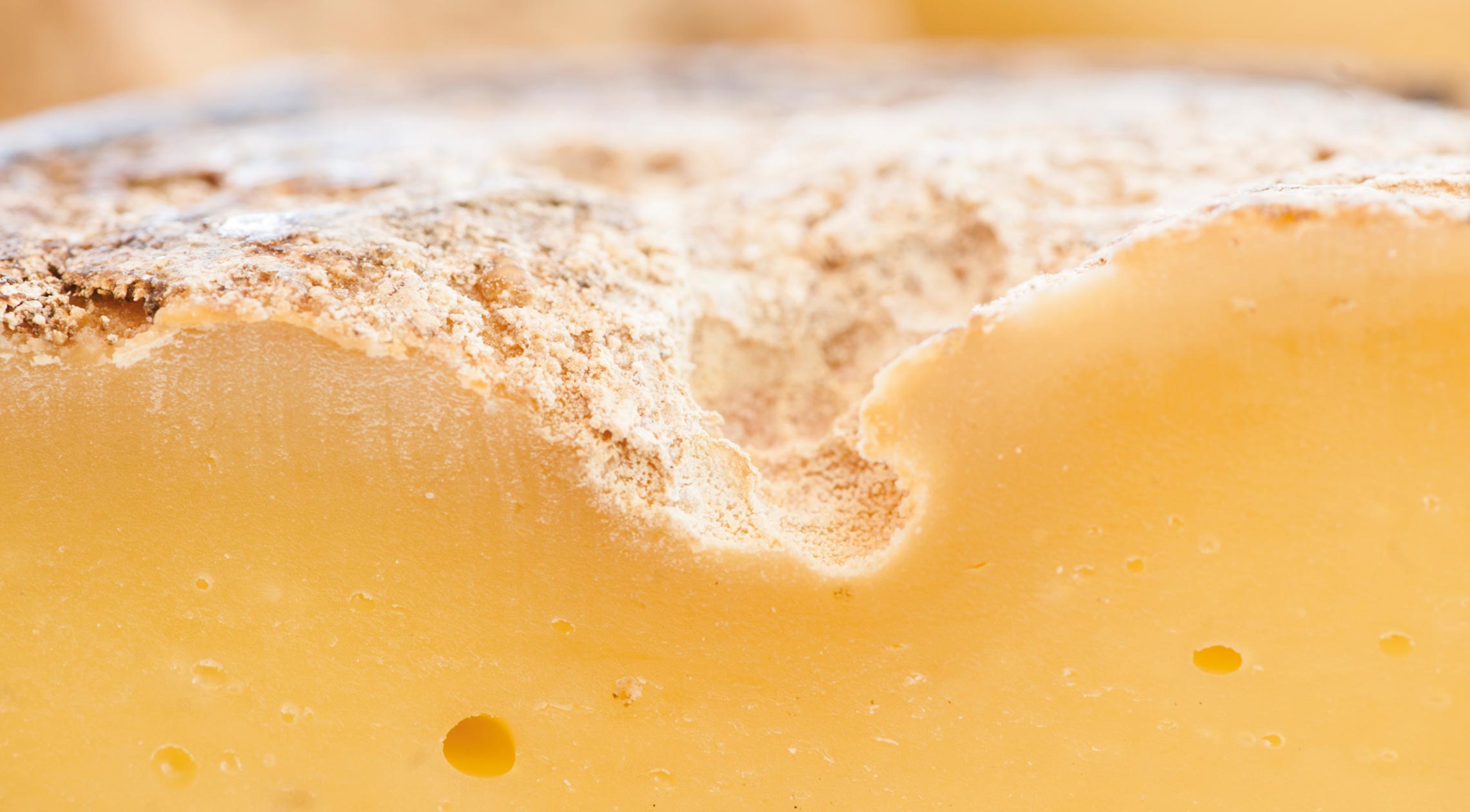 Serrano, a cheese known for its pungent flavor, is produced using a traditional recipe brought by immigrants to southern Brazil

Artisanal cheeses are living products; the raw milk they are made with, unlike the pasteurized milk used to produce processed cheeses, contains unique combinations of multiple species of bacteria. Their varying flavor, consistency, and aroma are determined by the properties of the (cow, goat, sheep, or buffalo) milk and the production techniques with which they are made, and by the acids and other substances produced by lactic acid bacteria. This is true for any artisanal cheese made by naturally fermenting milk without the aid of external additives. A recently published paper provides new insight into the diversity of lactic acid bacteria present in 11 types of Brazilian artisanal cheeses—including Coalho, in the Northeast; Canastra, in Minas Gerais; and Colonial, in the South.

Researchers from the University of Campinas (UNICAMP) and the University of Naples Federico II, in Italy, analyzed 578 samples of cheeses from five regions of Brazil and identified 24 genera of bacteria, predominantly Streptococcus, Leuconostoc, Lactococcus, and Lactobacillus. DNA sequencing identified 15 species of Lactobacillus, a group of bacteria that produce substances associated with the unique flavors, texture, and aromas of different cheese varieties. The study was published on December 26, 2018 in Food Microbiology.

“Artisanal cheeses derive their identity from their unique combinations and proportions of different species of lactic acid bacteria, as well as from the region in which they are produced and the methods by which they are made,” says chemist Anderson de Souza Sant’Ana of the School of Food Engineering (FEA) at UNICAMP, who coauthored the study and is leading an artisanal cheese research program initiated in 2013. The lead author of the paper, zoologist Bruna Akie Kamimura, developed one strand of the study during her doctoral research, in which she explored the diversity of microorganisms found in cheese products.

Kamimura collected samples of artisanal cheeses from local street markets, cooperatives and cheesemakers in Minas Gerais, Paraíba, Pernambuco, and Mato Grosso do Sul, and supplemented the collection with products from other parts of Brazil sent by colleagues from UNICAMP and other institutions. She then analyzed the samples in Brazil before spending a year at the University of Naples, where she genetically identified the bacteria in each type of cheese.

Although made using similar methods, the five types of artisanal cheeses produced in Minas Gerais—Brazil’s largest producer—were distinguishable by the lactic acid bacteria found in the whey—the liquid left over from cheesemaking, which is added to freshly collected milk the next day to produce a new batch. Aspects such as the thick rinds and white paste that characterize Serro, a cheese produced in Serra do Espinhaço, northeastern Minas Gerais, are due in part to a predominance of bacteria of the genera Streptococcus (42%) and Lactococcus (29%). Two other groups of bacteria, Lactococcus (46%) and Lactobacillus (17%), combine with environmental variables to give Canastra—a specialty cheese produced in the mountainous region of southeastern Minas Gerais—either a mild or a more acidic flavor depending on how long it is left to ripen.

“Lactic acid bacteria are at the heart of artisanal cheesemaking,” says Júnio Cesar De Paula, a researcher at the Cândido Tostes Dairy Institute of the Minas Gerais Agricultural Research Company (EPAMIG) in Juiz de Fora, Minas Gerais, who was not part of the study team. “They are used to promote the fermentation of lactose into lactic acid and other substances that keep contamination by other microorganisms in check. The more acidic the cheese, the lower the risk of contamination.” Lactic acid bacteria generally die out during the ripening process, although some still remain for some time in the end product but pose no risk to consumers.

Rind and flavor defects
Artisanal cheeses are produced by smallholders using traditional recipes. In Brazil they require health surveillance inspection by state agencies only, or by federal agencies when marketed across state borders. Although reliable statistics are not available, estimates suggest that around 200,000 metric tons of artisan cheese are produced annually in Brazil, the equivalent of about a fifth of the 1.1 million metric tons of processed cheese produced annually according to the Brazilian Cheese Industry Association (ABIQ). Brazil is the eighth largest producer of processed cheese in a market led by the US at 5 million metric tons per year, Germany (2 million), and France (1.8 million).

De Paula explains that producing cheese with raw milk is a continuous challenge, unlike large-scale processing using a more homogeneous raw material. Large cheese factories use pasteurization, which eliminates not only disease-causing agents but also the original bacteria in the milk. These are then replaced by standardized microorganism lineages, resulting in products with a more uniform flavor, aroma and texture. “Raw milk, weather, and production conditions vary from one day to another for the artisan cheesemaker,” says De Paula. 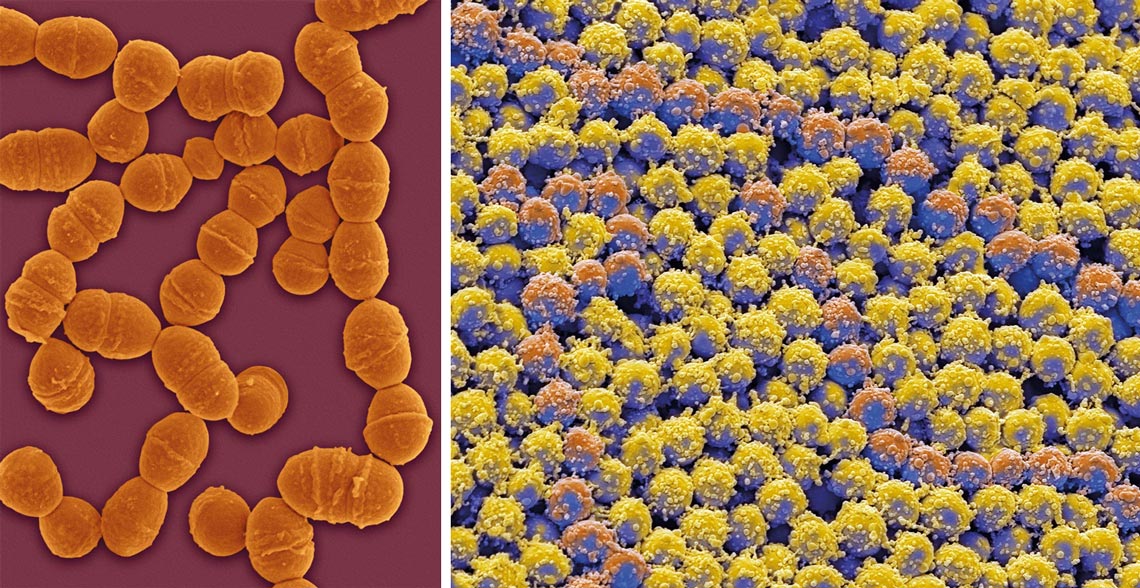 Because the risk of contamination by disease-causing microorganisms is continually present, “microbial mapping is also useful to detect unwanted or pathogenic microorganisms that negatively affect product quality,” observes Danilo Ercolini, a researcher at the University of Naples who worked with the UNICAMP team. “Milking and cheesemaking conditions still vary widely in Brazil, but overall they have improved,” says De Paula. While the occurrence of pathogenic bacteria such as Salmonella and Listeria monocytogenes in artisanal cheeses has become rare, contamination by Staphylococcus aureus and coliforms remains a concern, says the EPAMIG researcher.

But ensuring raw milk is free of pathogenic microorganisms is not the only issue facing artisanal cheesemakers in Brazil. After visiting 24 properties on the Serra da Canastra highlands between December 2016 and January 2017, food engineer Denise Sobral and other EPAMIG researchers found that producers are still at a loss at how to deal with variation in rind quality—rinds are often thick and cracked or have dark or white spots—and with unwanted flavors, ranging from acidic to sour or bitter. These inconsistencies are the result of flaws in the production and ripening processes.

According to a study published by the researchers in the July–September 2017 edition of the EPAMIG journal Revista do Instituto de Laticínios Cândido Tostes, only 4 of the 24 producers observed the minimum ripening period of 22 days required by state regulations to make products safe for consumption. Most cheesemakers sold their cheeses when still fresh, with only cheeses made for contests allowed to mature for about 15 days. “Cheesemakers prefer to sell their cheese products early because many consistency, flavor and rind defects appear during the ripening stage,” says De Paula.