Orchids of the Epidendrum genus. When the yellow species is crossed with a rose, an orange hybrid flower is created

Botanist Fábio Pinheiro is studying two very different orchids in the experimental garden of the Biology Institute at the University of Campinas (IB-UNICAMP). Both produce bunches of pink flowers and are classified as Epidendrum secundum, a species that grows on a long strip of land between the Brazilian states of Bahia and Rio Grande do Sul, as well as in the Andes and the Caribbean. One of the plants, collected at the top of a mountain in the state of Minas Gerais, is about 20 centimeters high and has three branches. The other, from the tropical savanna of Paraíba State, is almost three times the height and has twice as many branches. “We don’t know if they still belong to the same species, or if they have already diverged so much that they are no longer able to cross-breed and generate fertile offspring,” says Pinheiro.

His team has identified genetic differences between the plants: the mountain variety has 56 chromosomes while the savanna plant has 82. “But it is possible that reproductive incompatibility between them has still not fully occurred, meaning they cannot yet be considered distinct species.” The two orchids form what biologists call a species complex. The term refers to a group of genealogically related species that can be very similar or very different in appearance. Classifying a group as one or several species is a common challenge faced by experts. Organisms with differing external appearances (morphology) tend to be classified as different species, although they can also be described as just one. The reverse also occurs, with organisms that appear to belong to one single species actually representing several.

A study of brown butterflies of the genus Praepedaliodes, which initially comprised four species…André Freitas

Species with a very diverse range of forms sometimes have surprising familial relationships, as seen in some of the other orchids stored at the herbarium. E. secundum is genetically closer to the species E. xanthinum, which has yellow flowers, than to another orchid with pink flowers, E. denticulatum. “Color can be very inconsistent and misleading when used as a characteristic to identify species,” says molecular biologist Clarisse Palma da Silva, also a professor at IB-UNICAMP.

Integration of knowledge
Uncertainties about the exact classification of an organism could be reduced if different fields of knowledge were better integrated and a variety of classification methods were used simultaneously, argue Pinheiro, Silva, and Marcos Vinicius Dantas-Queiroz, a PhD student at São Paulo State University (UNESP) Rio Claro campus, in an article published in the scientific journal Critical Reviews in Plant Sciences in May 2018.

…led to the identification of six moreAndré Freitas

The three botanists examined 129 articles published in South America between 1900 and 2016 that mentioned the approaches used to analyze and differentiate species complexes covering 44 plant families and 84 genera. According to the study, the use of molecular markers—DNA analysis—was the most widely used method for distinguishing species within a complex. This approach was adopted in almost half (43%) of the articles. In second place was morphometry, a technique that involves measuring and comparing the size and shape of the plant, which was used in 38% of the studies. Traditional taxonomy, based on the description of morphological characteristics, was used in 36% of the articles, and cytogenetic analysis, which involves counting the number of chromosomes in an organism, in 22%. Around 10% of the papers looked at data on the ecology, anatomy, and reproduction of the plants.

Less than half of the studies (43%) used more than one method when analyzing species complexes, a figure that the researchers considered low. “We need to take a more multidisciplinary approach,” suggests Pinheiro. The use of molecular markers was more common alongside the analysis of morphometric data, and occasionally together with taxonomic and ecological techniques. These three methods of analysis were in turn occasionally used in conjunction with anatomic, cytogenetic, and reproductive biology approaches, which can also be useful for understanding the limits of each species and identifying their possible differentiation mechanisms. “No one method alone can accurately answer every question,” Silva emphasizes.

Fertile hybrids
Jordana Neri studied her PhD under the supervision of Silva, as well as botanist Tania Wendt, from the Graduate Program in Botany at the Federal University of Rio de Janeiro National Museum (MN-UFRJ). Neri examined the morphology, genetics, and reproductive biology of two species of bromeliads: Vriesea simplex and V. scalaris. She found that when the two species live in the same environment—in the mountains of Espírito Santo and Rio de Janeiro—they can create fertile hybrids. No longer used to refer only to sterile plants and animals such as the mule, which is the result of a cross between a male donkey and female horse, today the term hybrid includes fertile crosses that can give rise to new species.

With her team, Silva is again combining multiple analysis methods to examine a genus of bromeliads that includes so-called cryptic species—morphologically very similar but genetically different—still seen as a single species. “The use of just one method, such as DNA analysis or classic morphology-based taxonomy, does not provide consistent conclusions, especially with cryptic species,” says biologist André Freitas, also a professor at UNICAMP. He recently participated in a study that expanded the number of species in the Praepedaliodes complex—brown butterflies from southeastern and southern Brazil. The four species initially described were further detailed as 10. The six new species were differentiated from the others by morphological, molecular, and ecological studies that were described in an article published in the journal Neotropical Enthomology in April 2018. According to Freitas, the 10 species live at different altitudes, although their habitats may overlap. 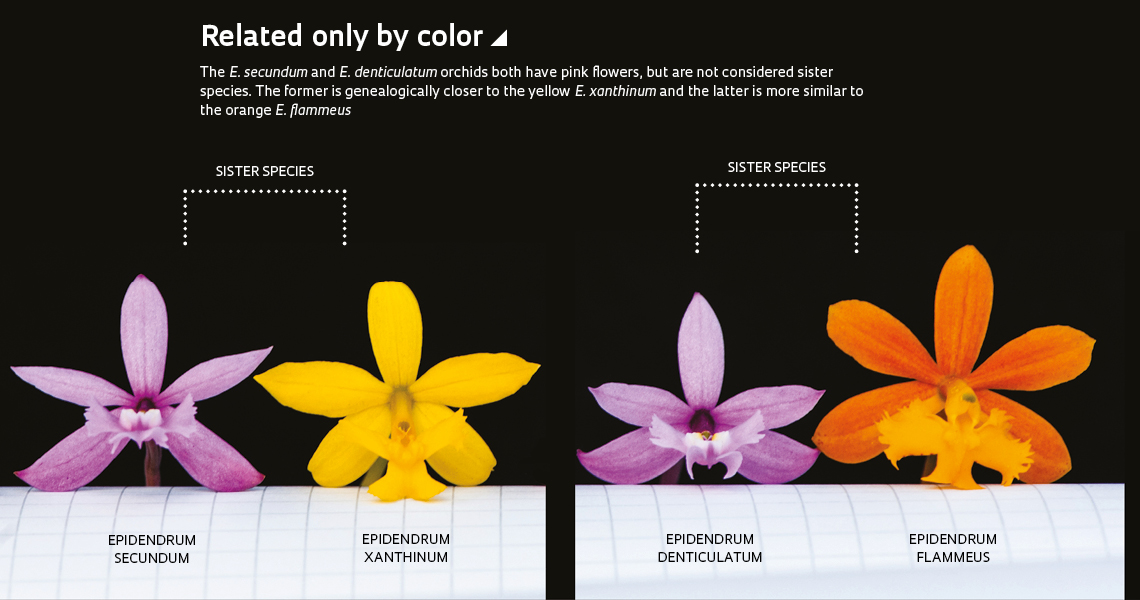 There are no estimates on how many species complexes exist among microorganisms, animals, and plants. The use of more sophisticated analyses could result in one species being redefined as several, increasing the number of new species described in scientific literature. But sometimes when species complexes are reviewed, the reverse can occur. Freitas’ team, for example, analyzed the genetics of a group of five butterfly species, finding that they should actually only be considered as one. “We have yet to find any evidence that they are different species. Our study suggests they are one species with significant morphological diversity,” he says.