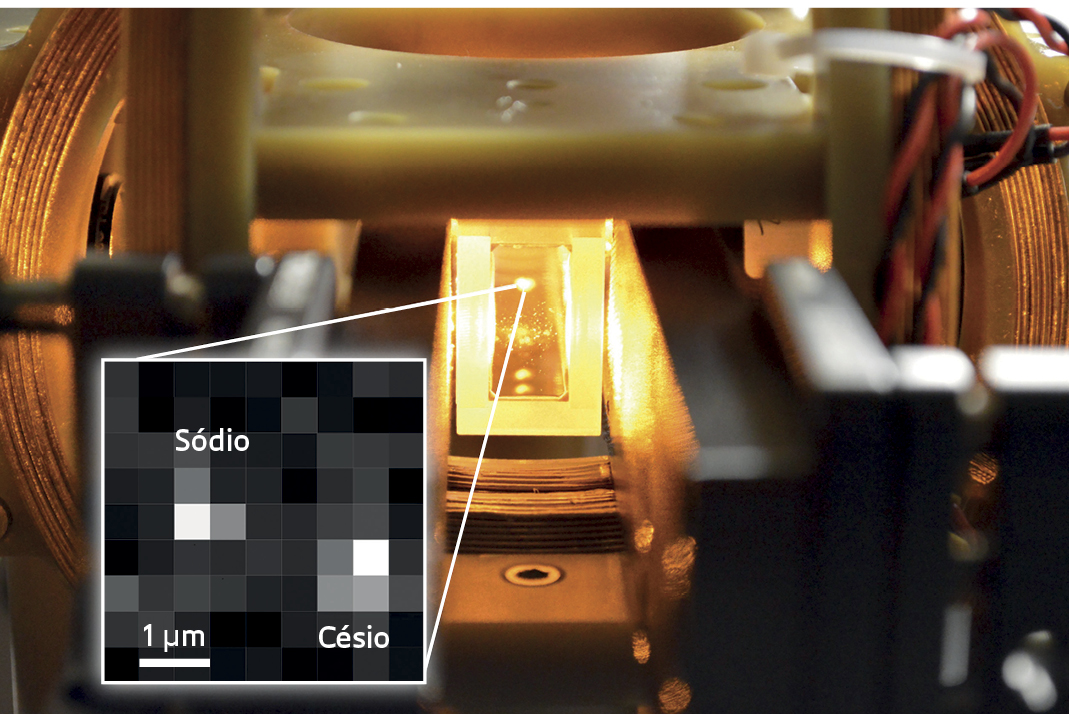 At the center of the larger image, a trap holds a cloud of sodium atoms. In close up, a sodium atom and a cesium atom as seen under electron microscope

Researchers at Harvard University and the Massachusetts Institute of Technology (MIT) have discovered an innovative way to control chemical reactions. They used laser beams to bump two atoms together, creating a molecule. Using optical tweezers—highly focused laser beams capable of trapping microscopic objects—the researchers fired an atom of the chemical element cesium (Cs) at a sodium (Na) atom until they collided. A third laser was aimed at both, providing the extra energy needed to create an NaCs molecule (Science, April 12). In nature, molecules are formed by chance during interactions between atoms, but because of their chemical characteristics, cesium and sodium would never spontaneously join together to create a molecule. Creating molecules has previously been an unpredictable process, and in some cases involved the use of toxic components to facilitate interactions between atoms. The achievement by the Harvard and MIT group opens up new possibilities for atom-by-atom molecular engineering and the development of material technologies. According to the researchers, the NaCs molecule has particular properties that mean it could be used to store or manipulate information on a quantum computer. Physicist Kang Kuen Ni, leader of the Harvard team, told the journal Chemistry World that the next steps involve gaining full control over a single molecule and creating larger molecules to simulate quantum computing operations.