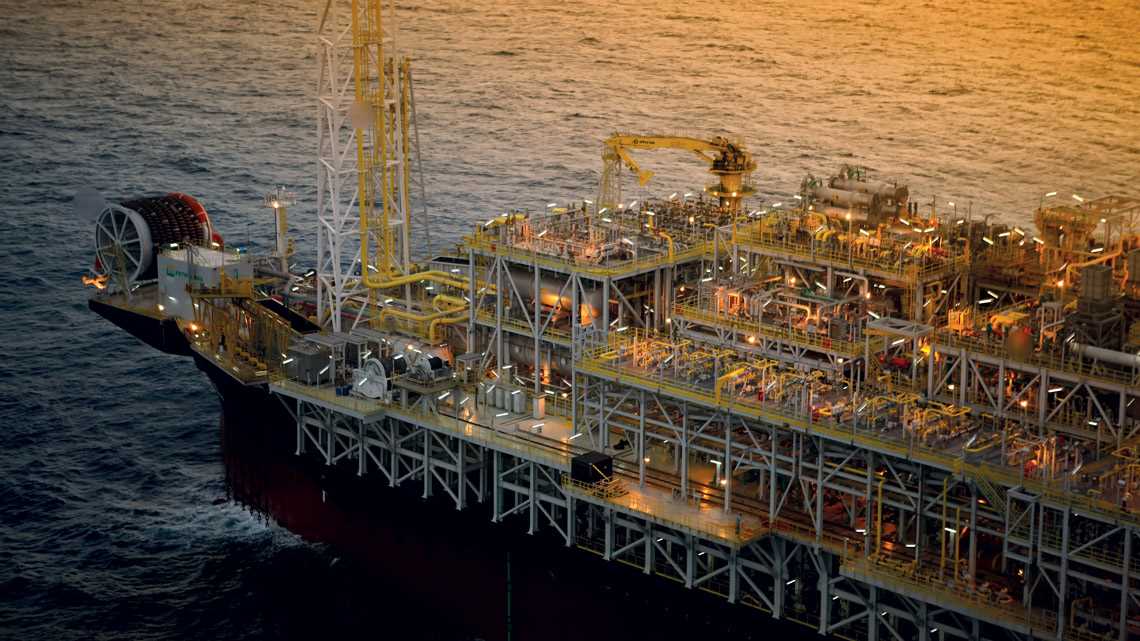 Researchers at the University of São Paulo at São Carlos School of Engineering (EESC-USP) have developed a novel hybrid computational method that combines fluid mechanics with artificial intelligence to tackle one of the most complex problems in deep and ultra-deepwater oil production—managing the flow of oil and natural gas from the well to the production platform. An abrupt change in the flow pattern can result in incidents with serious environmental and economic consequences.

Subsea pipes, known as risers, carry the oil and natural gas—together with different combinations of carbon dioxide (CO₂) and water, which are commonly present in oil reservoirs—from the well to the production platform on the surface for separation. This is known as multiphase flow: when one or more fluids and one or more gases are transported together. The flow path, which in pre-salt oilfields can be upward of 7,000 meters long, is monitored using computer systems on the platform that correlate subsea sensor data to detect patterns, typically using artificial neural networks.

When deviations from normal patterns are detected, the system issues alarms to the platform operators, who then respond to prevent any critical incidents, such as a ruptured riser, from occurring. “The more accurate the data feeding the system, the quicker the problems can be detected and remediated,” says Oscar Maurício Hernandez Rodriguez, a professor in the Department of Mechanical Engineering (DEM) at EESC-USP, who led the study.

Today, production forecasting and monitoring is done using computer codes that rely on mathematical models based on the physical laws governing fluid mechanics. “They use mathematical formulas that are unable to accurately predict different fluid and gas compositions in each well and how they will behave when flowing under different pressure and temperature conditions,” explains Rodriguez.

The method developed at USP to improve on existing code is based on machine learning, a branch of artificial intelligence. Data is collected in the field about the specific flow conditions in a given well. At the lab, this data is supplemented by predictions using physical models based on the laws of fluid dynamics. This creates a repository that can be used to train the artificial neural network with well-specific data.

Rodriguez notes that artificial intelligence alone would require a huge database with many years’ worth of production data to establish a recognizable pattern. “Hybrid solutions that combine fluid mechanics with machine learning will be a trend in the oil industry over the coming years,” he says. An article reporting on the study was published in the Journal of Fluids Engineering, of the American Society of Mechanical Engineers (ASME).

There are several factors that make flow pattern analysis in an oil well a complex task, explains Antonio Carlos Bannwart, a professor at the School of Mechanical Engineering at the University of Campinas (FEM-UNICAMP), who heads the FAPESP-funded Engineering Research Center for Energy & Innovation (CPE-EPIC). The first is that there are many different types of crude oil with varying densities and sulfur contents. Secondly, each well has different combinations of oil, natural gas, CO₂, and water, making it difficult to predict the composition of each reservoir.

Yet another factor is that each of these fluids’ thermodynamic behavior varies with changing pressure and temperature conditions. In the same ultra-deepwater well, pressure can vary from 500 to 600 bar—or 500 to 600 times the atmospheric pressure at sea level—and temperatures can be upwards of 40 degrees Celsius. Under these conditions, oil can solidify and form crystals, while gas can pass into a supercritical state, in which the gas-liquid interface becomes indistinguishable. “As these fluids flow toward the surface, they undergo constant changes in pressure and temperature. “These changes cause the fluids to assume different geometric configurations at each stage in their assent,” explains Bannwart.

Although accidents involving risers are rare, the National Petroleum Agency (ANP) has recorded at least two incidents since pre-salt exploration began, one in 2017 and the other in 2020. According to the ANP, there was no resulting environmental damage, as the wells were shut in on time by safety systems. Fluids flowing out of an oil well are controlled by a valve assembly known as a Christmas tree, which connects the well to the risers. These valves need to be shut immediately in the event of an incident.

Pre-salt subsea valves have a design life span of 15 years, but in practical terms are much less durable. According to an oil major operating on pre-salt oilfields, these valves cost over US$200 million in annual maintenance, not to mention the losses from unscheduled production stoppages. These losses, says Rodriguez, could be partly mitigated by more accurately modeling fluid flow patterns. “We believe we can anticipate issues by determining which valves are experiencing greater wear and require servicing,” he says.

Another cost-optimizing application for the technique developed at USP is providing more accurate data to inform oilfield development. Today, industry-standard mathematical models are used to predict oil recovery potential over horizons of more than 25 years. EESC’s hybrid model uses data collected in each field that can be used to inform better equipment designs and lengthen useful life.

The Industrial Multiphase Flow Laboratory (LEMI) at EESC is already working on the first hybrid models to be run on the computer systems used to monitor oil and gas flow on Petrobras-operated pre-salt oil platforms. The first tests with the system are planned for the second half of the year. Petrobras did not respond to requests for comment on the tests and the new technology.

The state-run oil company provided the bulk—R$3.77 million—of the R$3.95 million in funding for the research, with the remainder coming from USP (R$62,400), the Brazilian National Council for Scientific and Technological Development (R$79,200) and FAPESP, which provided a total of R$37,000 in scientific initiation scholarships. “Scholarship beneficiaries made important contributions that included the use of innovative data collection methods to feed the database,” says Rodriguez. USP and Petrobras plan to file a joint international patent application for the new method within the next few months.