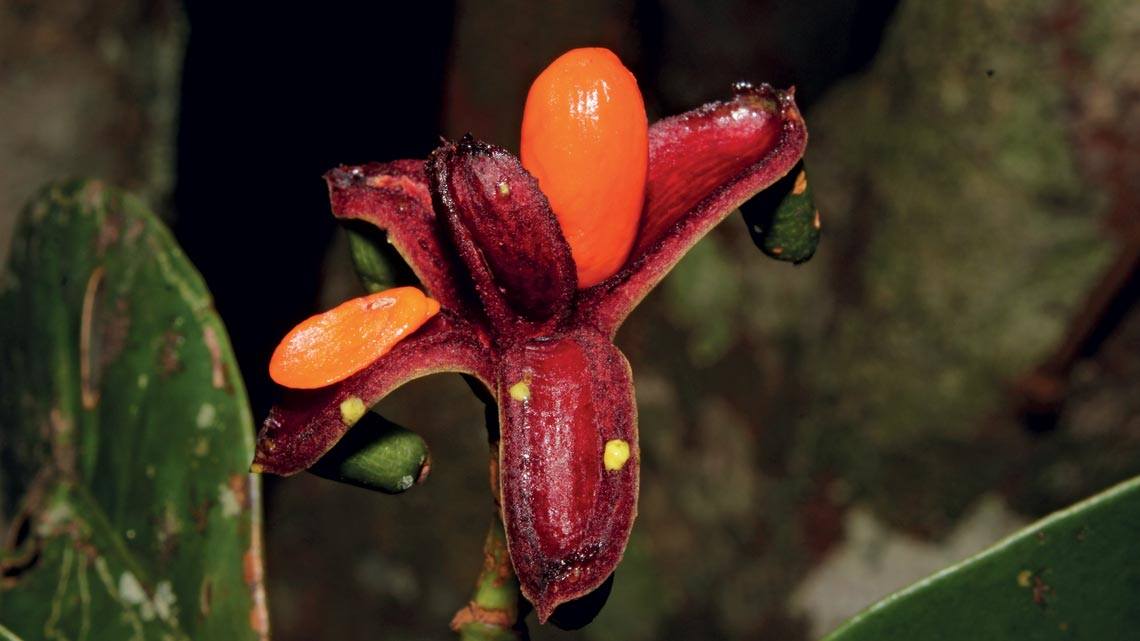 The flamboyant fruit of Tovomita cornuta seems to attract birds, which eat the seeds, covered in orange pulp, and then spread them via their feces. But the process has not yet been officially documented. The plant was only discovered in 2018 and described this year, thanks to surveys of the Amazonian campinarana region, where the sandy, nutrient-poor soil gives rise to many unique low flora. The rare plant is found in areas affected by human activity—despite being newly discovered, it is already considered endangered.

Image submitted by Layon Demarchi, an ecologist studying a PhD in botany at the Brazilian National Institute of Amazonian Research (INPA)