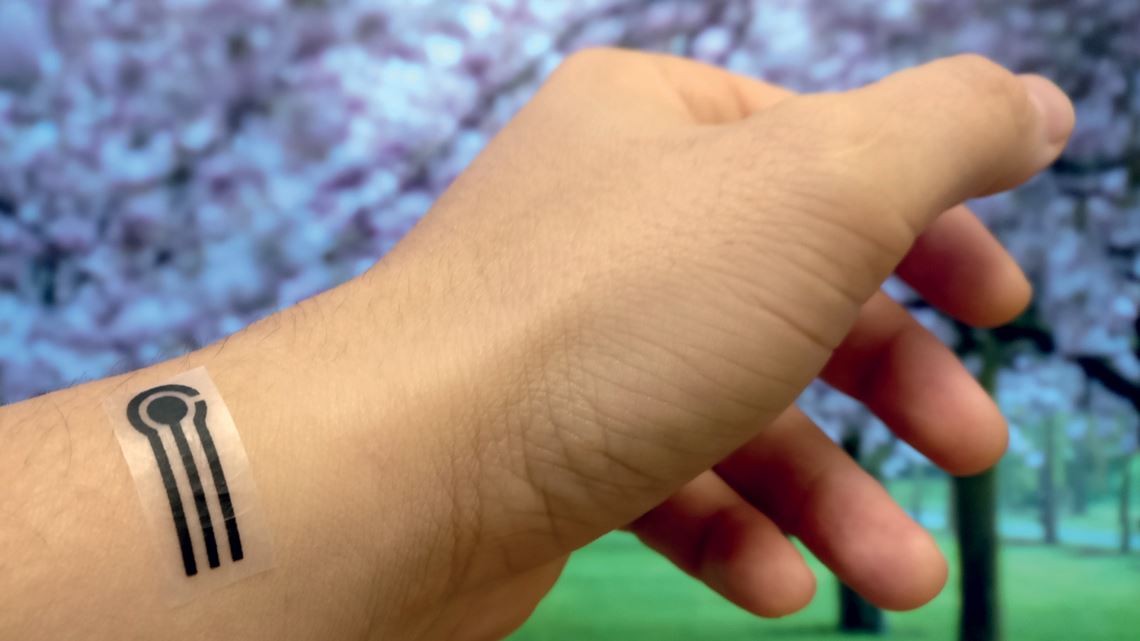 Microbial nanocellulose, a natural polymer used in wound dressings, could be used to make electrochemical sensors that attach to the skin to monitor health conditions or physical performance, replacing the plastic models commonly used today (Talanta, May 19). The material’s potential was demonstrated in a project by researchers from the University of São Paulo (USP) in São Carlos, in partnership with teams from other institutions. According to project leader Osvaldo Novais de Oliveira, from USP, nanocellulose sensors have several advantages over plastic. They are not toxic and do not irritate the skin. They are also semi-permeable, which allows them to detect substances in sweat. “We have already demonstrated that they can detect heavy metals, hormones, and uric acid. With some modifications, they can also identify glucose,” he says.