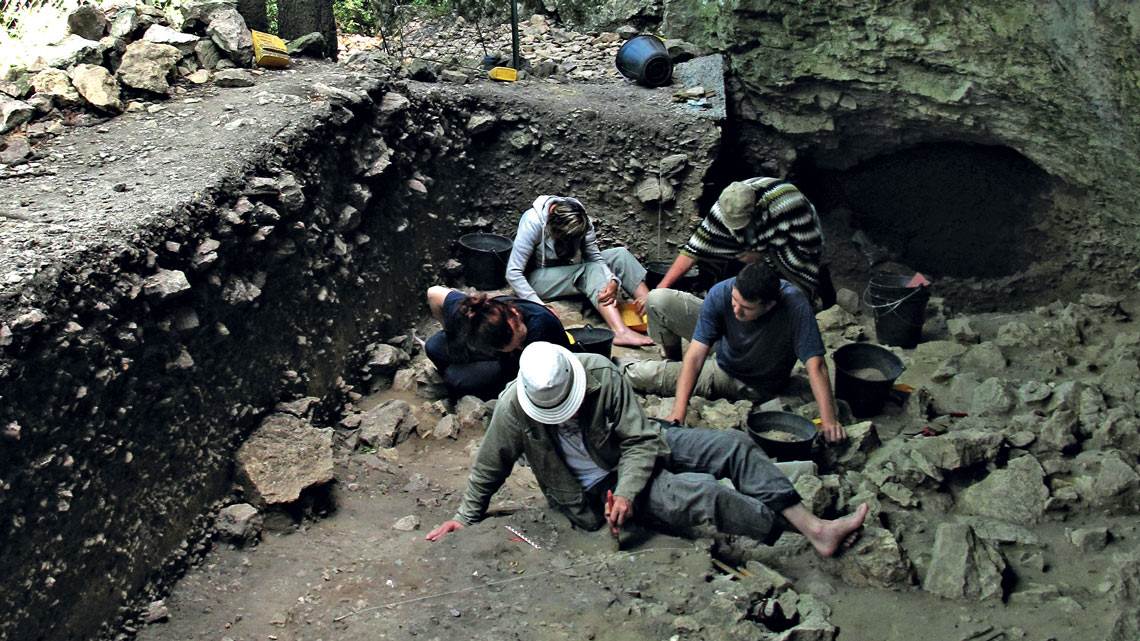 Researchers from Slimak's team during the excavation at Grotte Mandrin

A cave near Malataverne, a village with 2,000 inhabitants in the south of France, contains the oldest records of the presence of anatomically modern humans (Homo sapiens) in Europe. A team led by Ludovic Slimak, an archaeologist from the University of Toulouse, found human remains dated approximately 54,000 years old in Grotte Mandrin, a cave near the Rhône River. They found a milk tooth (upper molar) from a human child and spearheads of various sizes attributed to Neronian lithic industry (Science Advances, February 9). The artifacts were located in a layer aged between 56,800 and 51,700 years, surrounded by others containing teeth from six Neanderthals (Homo neanderthalensis), in addition to lithic objects made by the archaic human species. Before this discovery, the oldest robust evidence of human presence in Europe was dated to 45,000 years ago, found in three caves in Italy and one in Bulgaria. The locations of the artifacts suggests that modern humans and Neanderthals occupied the cave in alternating periods.