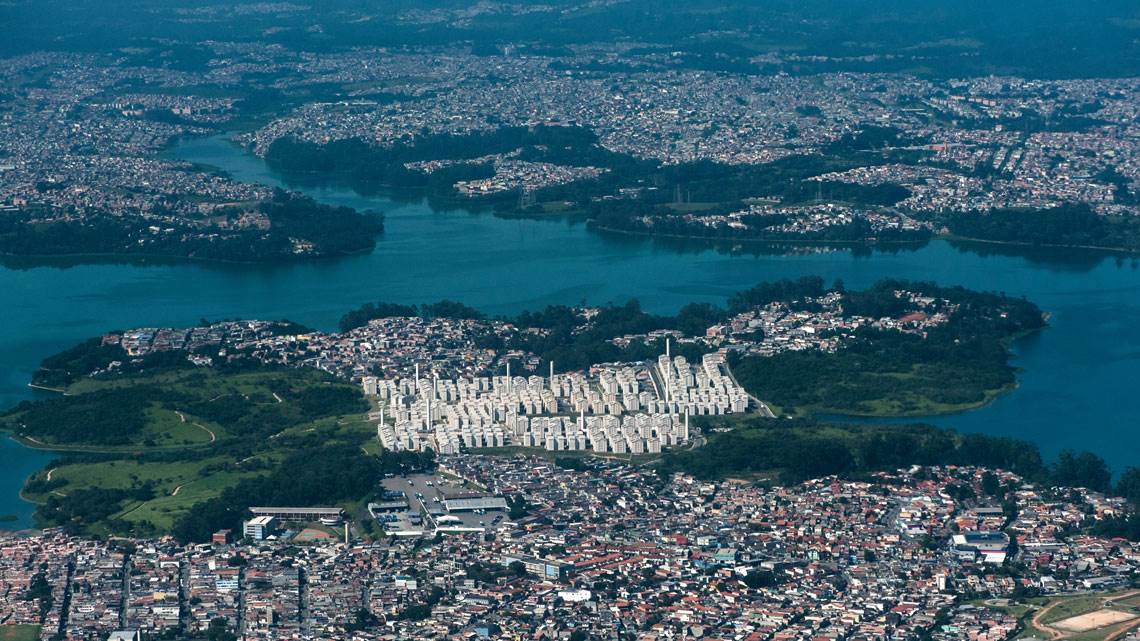 “You can’t make an omelet without breaking a few eggs.” José Antônio Perrella, an engineer from São Paulo State University (UNESP), Guaratinguetá campus, uses this old maxim to explain the meaning behind the concept of the water-energy-food security nexus. Perrella, who has studied the level to which young people aged 10–24 in Vale do Paraíba, São Paulo, understand the concept of the nexus, wants to highlight how challenges in the food sector have historically been resolved without considering possible impacts on energy and water systems, such as by expanding areas where certain foods are grown, which leads to an increase in water consumption and may impact its availability for other uses. The situation began to change about a decade ago, when the idea of the nexus spread in academia after an international conference on the relationship between the three elements in Bonn, Germany, in 2011. With the potential to improve crisis management, the new approach involves searching for integrated, multidisciplinary solutions to water, energy, and food security problems, seeking to ensure that mitigating one problem does not exacerbate another. Research on the concept in relation to Brazil aims to encourage the formulation of public policies that also consider the social inequalities that are so prominent in the country. 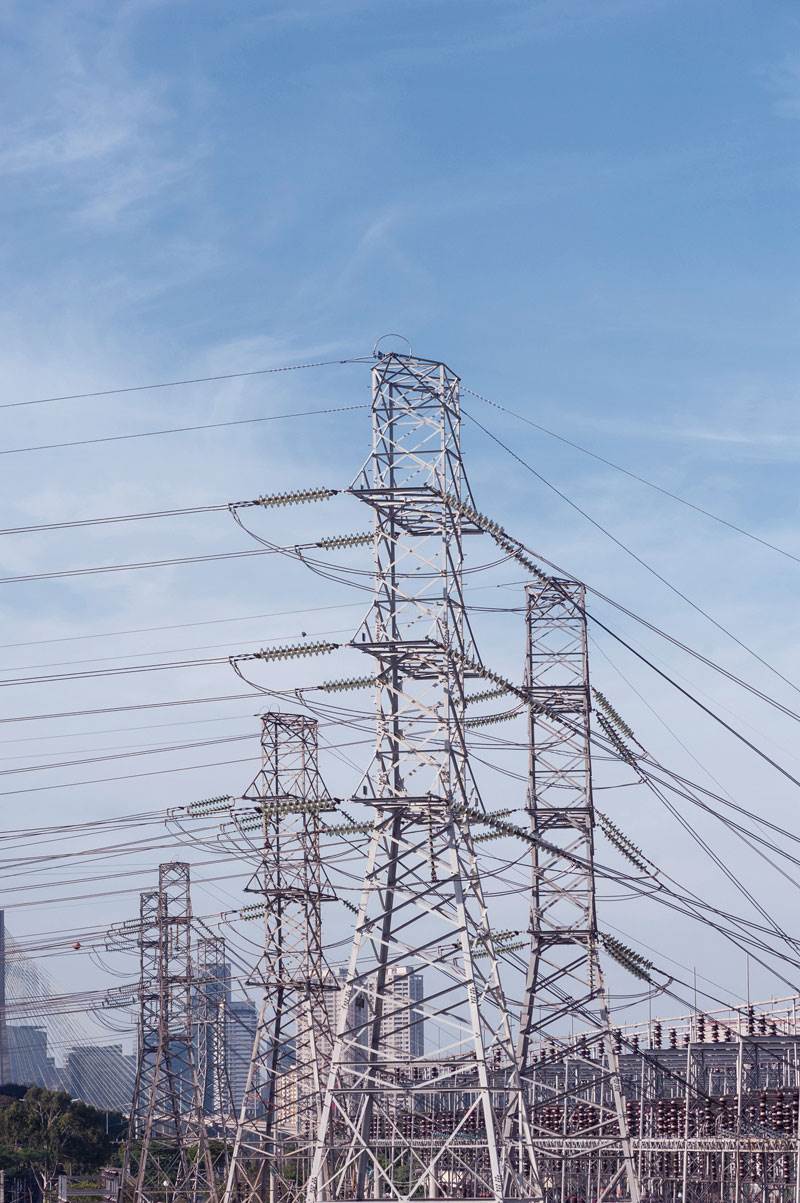 Correlations between energy crises and hunger first began to be studied in the 1970s, but the idea of a link between water, energy, and food was established as a research methodology in 2008 at the World Economic Forum in Davos, Switzerland. Economists gathered at the event to discuss potential solutions to water security problems and alternative energy sources as a way to reduce the use of fossil fuels. Initially encompassed by research in the natural sciences, engineering, and economics, the scope of the topic was amplified based on an article by Holger Hoff, an environmental scientist from the Potsdam Institute for Climate Impact Research and the Stockholm Environment Institute in Sweden, presented during the conference in Bonn. “Hoff suggested analyzing the management of these three elements together, in addition to drawing attention to the relationships between them and situations of poverty and vulnerability,” explains Leandro Luiz Giatti, a biologist from the School of Public Health at the University of São Paulo (FSP-USP). According to Giatti, Hoff’s ideas were adopted by researchers from fields such as geography and the social sciences, who began working together with engineers and biologists in the search for integrated solutions to energy, water, and food security management.

Brazilian scientists, many with funding from FAPESP, are on the front line of this process, having aligned themselves with institutions from all over the world in the last 10 years to analyze how the concept of this nexus can contribute to research in developing countries. Gabriela Marques Di Giulio, a professor at FSP-USP, is one such researcher. According to her, the approach has gained traction in the country in studies of the biofuel sector. “As well as using natural resources more sustainably through strategies that balance the use of land for sugarcane and food production for example, in Brazil the nexus can also serve as a foundation for debates about the climate crisis, preserving biodiversity, food security, and reducing poverty,” she says.

Giatti offers another example. He recalls that during water crises in São Paulo, the state government has invested in capturing water from farther away, such as the Cantareira system, which captures water from springs in the state of Minas Gerais to supply the São Paulo Metropolitan Area. “Bringing water from so far away requires more energy and tends to lead to conflicts with other users of the same source. It can also end up benefiting some sectors more than others, such as industries that continue to use a regular volume of water even during shortages, while vulnerable populations in peripheral neighborhoods have to deal with severe rationing,” he details. Although this type of problem has always existed, Giatti points out that the idea of the nexus provides new perspectives that can be used to overcome the challenges of interdependent scarcity. 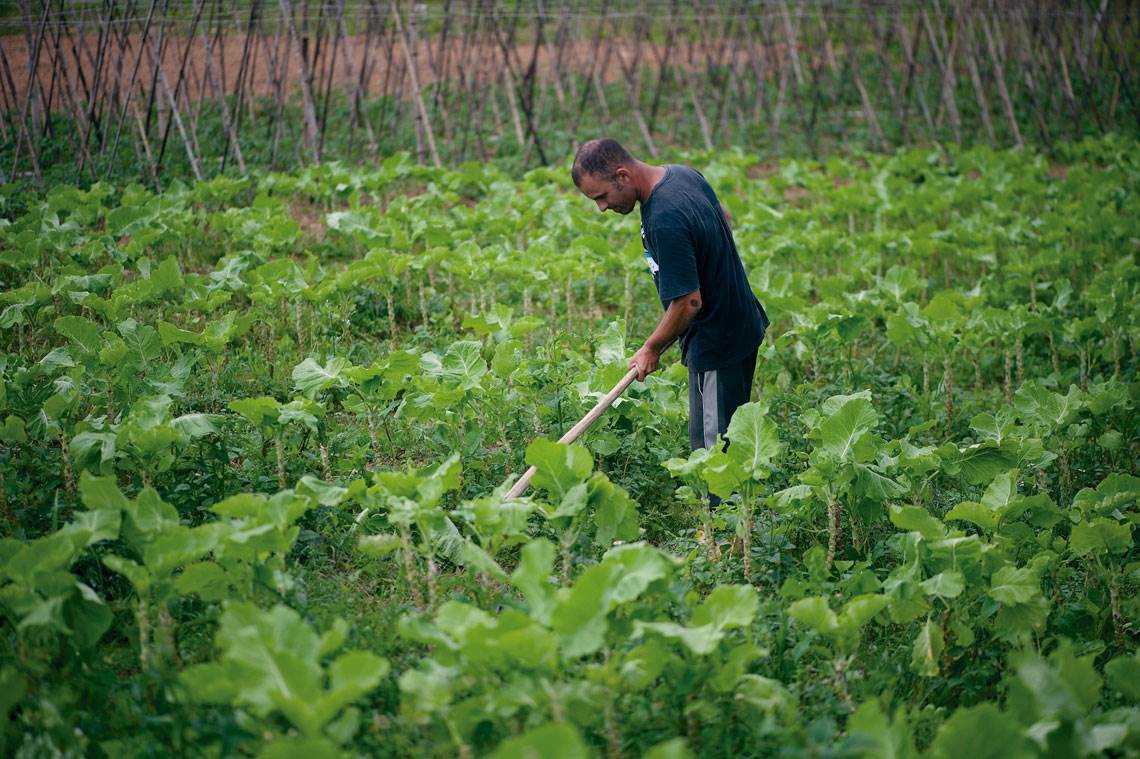 In a similar vein, Tadeu Fabrício Malheiros, an engineer from the same institution, explains that most of research on the nexus has focused on economic themes related to hydroelectric plants and the biofuel sector. “Meanwhile, studies that analyze the effects of urbanization on the three elements, for example, are still incipient,” he says. He draws attention, for example, to the need to investigate impacts and solutions in vulnerabile urban areas and how they interface with water, energy, and food security.

The book The Water-Energy-Food Nexus – What the Brazilian Research Has to Say (FSP-USP, 2022), published earlier this year based on research carried out by Malheiros, Di Giulio, other FSP-USP scholars, and specialists from Austria, Germany, South Africa, Switzerland, the Netherlands, and the USA, presents case studies that have utilized the new concept to deal with challenges in urban areas, semiarid zones, the Amazon, and the Atlantic Forest. 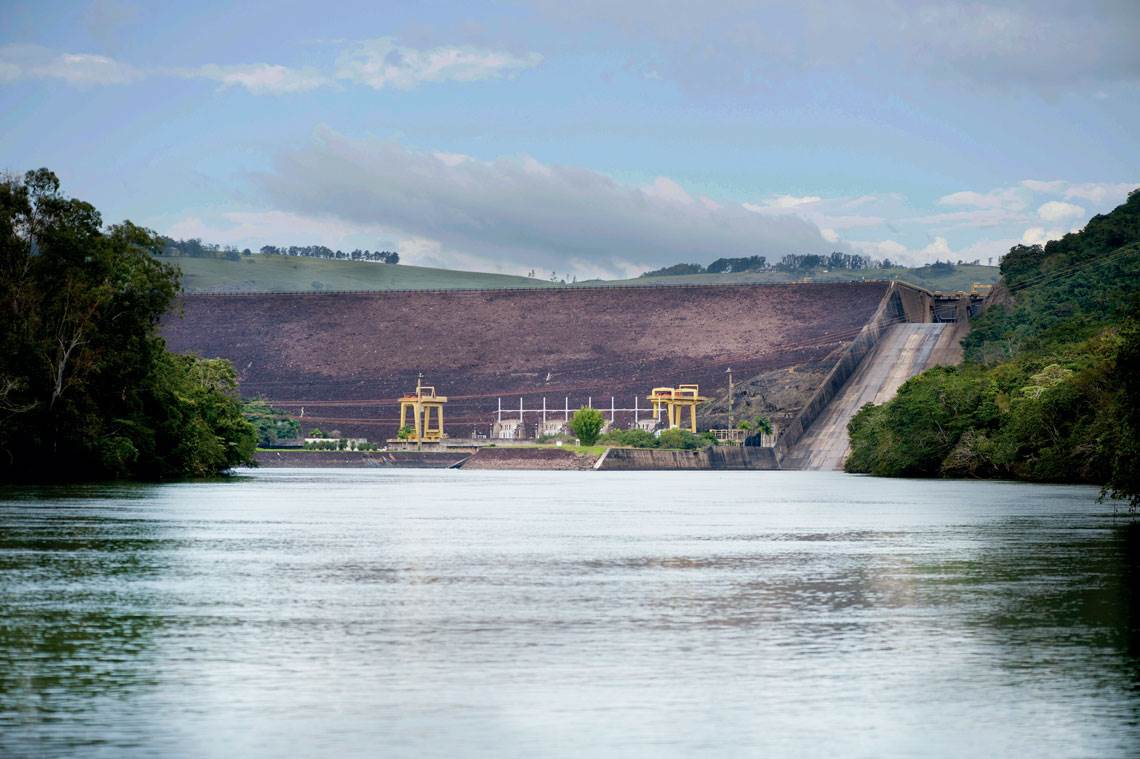 Between 60% and 70% of the freshwater used worldwide is used for irrigated agriculture, a common practice in Brazil, where agricultural commodity exports are one of the country’s economic foundations, says Maria do Carmo Sobral, an engineer from the Federal University of Pernambuco (UFPE). According to Sobral, more than 40% of Brazilian fruit exports in 2021 came from agricultural regions near the city of Petrolina in the state of Pernambuco, which use water from the São Francisco River. “To ensure that the aquatic ecosystem remains alive, especially in situations of crisis, there needs to be an environmentally balanced flow,” she explains.

In 2019, Sobral began research on the integrated management of semiarid drainage basins in the context of climate change, during which she developed a case study based on the São Francisco River and analyzed how its water is used according to scenarios estimated by the Intergovernmental Panel on Climate Change (IPCC). “The river crosses seven states, which all depend on proper management of water resources to be able to meet their demands,” she highlights. “In dry regions, like the Brazilian Northeast, rainfall occurs rarely, but when it does rain, it can be torrential,” Sobral says. By way of an example, she cites the Recife Metropolitan Region, which in June recorded an entire month’s forecast rainfall in a single day, causing floods, landslides, and deaths. 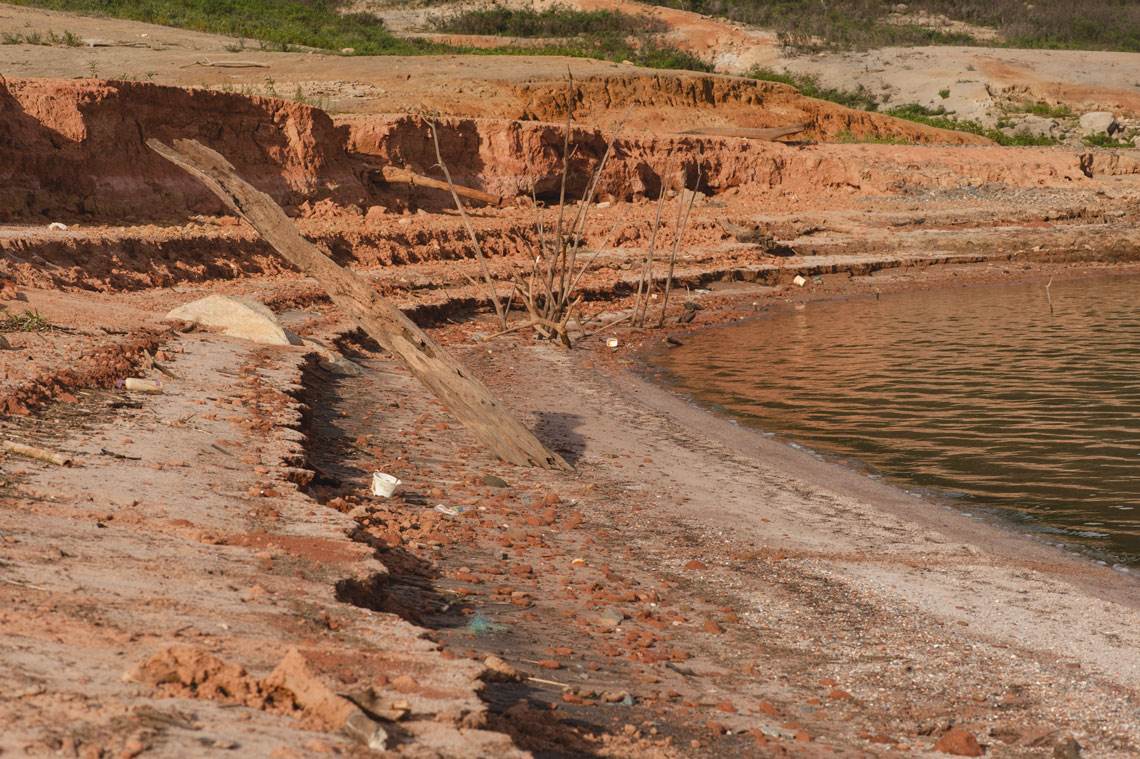 Considering the scenarios designed by the IPCC, one of the guidelines raised by Sobral’s study is the need to create flexible strategies in water management. She points out that current environmental control processes are static and use licenses that are often 5–15 years long to regulate water capture from drainage basins. “We need a more efficient approach to environmental management that can be adjusted according to the river’s flow rate, considering situations of water surplus or scarcity,” she argues. Information on the need to create flexible strategies can be utilized by institutions such as the National Water Agency (ANA), the Brazilian Institute of the Environment and Renewable Natural Resources (IBAMA), and the São Francisco Bay Committee.

Another case study analyzed in the FSP-USP book is the south zone of São Paulo, a city of about 2,200 square kilometers (km2) that is surrounded by areas of environmental significance. “The springs in the south supply 5.6 million people. This zone has great potential for expanding arable areas. Investments in preserving its designation for agricultural use represent an important strategy to prevent the loss of biodiversity and water resources throughout the city,” says geographer Fabiano de Araújo Moreira. In his recently completed postdoctoral research funded by FAPESP, Moreira created indicators to measure the benefits of the Ligue os Pontos (“Connect the Points”) project, run by the Municipal Department of Urbanism and Licensing, designed to promote sustainable development in rural areas. According to the researcher, the program was initially evaluated based on indicators that only considered variations in the income of farmers and the number of rural properties. “But they didn’t allow us to measure whether the program was actually improving the quality of life of people living in the rural areas surrounding southern São Paulo,” she says. 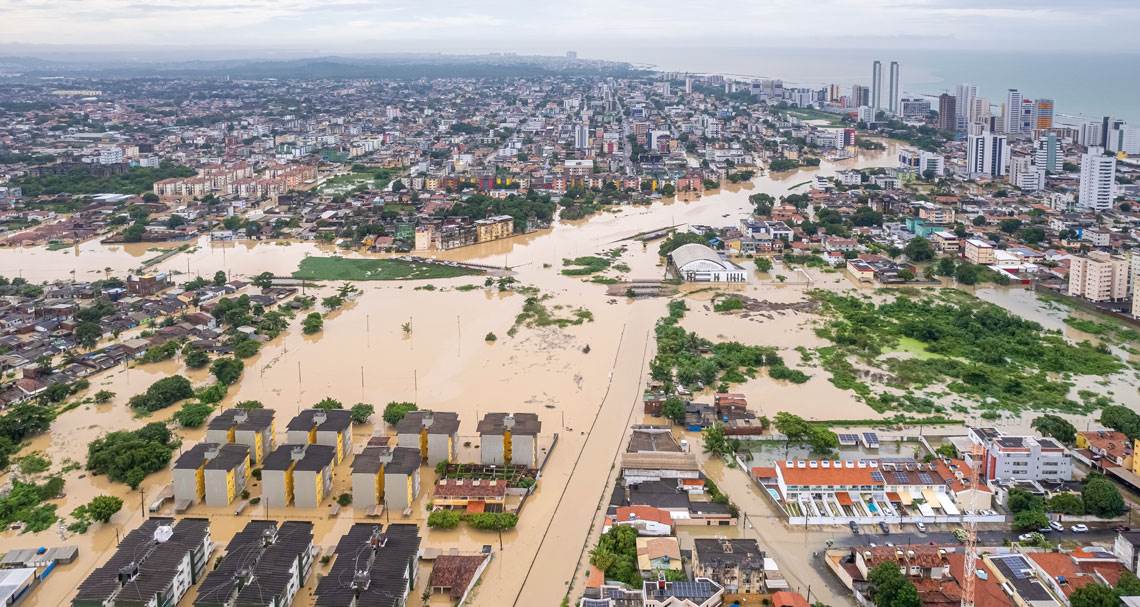 Based on the concept of the nexus, which encourages the pursuit of food production improvements without harming the surrounding water and energy systems, Moreira worked with representatives of the Department of Urbanism and Licensing, Casa da Agricultura Ecológica in the district of Parelheiros, local environmental protection areas (EPAs), and farmers, to establish 34 indicators for assessing the effectiveness of Ligue os Pontos. As a result, new elements were analyzed, such as the issue of agrochemical use on farms, the services available to farmers by the sanitation network, crop diversity, and the amount of water used, in addition to electricity consumption in homes and fuel consumption for transporting agricultural products. “Some research areas use the nexus both to investigate and achieve greater efficiency and to reduce costs in the exploitation of natural resources. Studies in geography have used this approach to think about how to ensure vulnerable populations have access to these resources,” says Moreira. She points out that another strategy geographers have taken is to reflect on the territorial implications of sector-specific actions, supported by the nexus. “Illegal occupations near dams, for example, have repercussions throughout the municipality,” she explains. 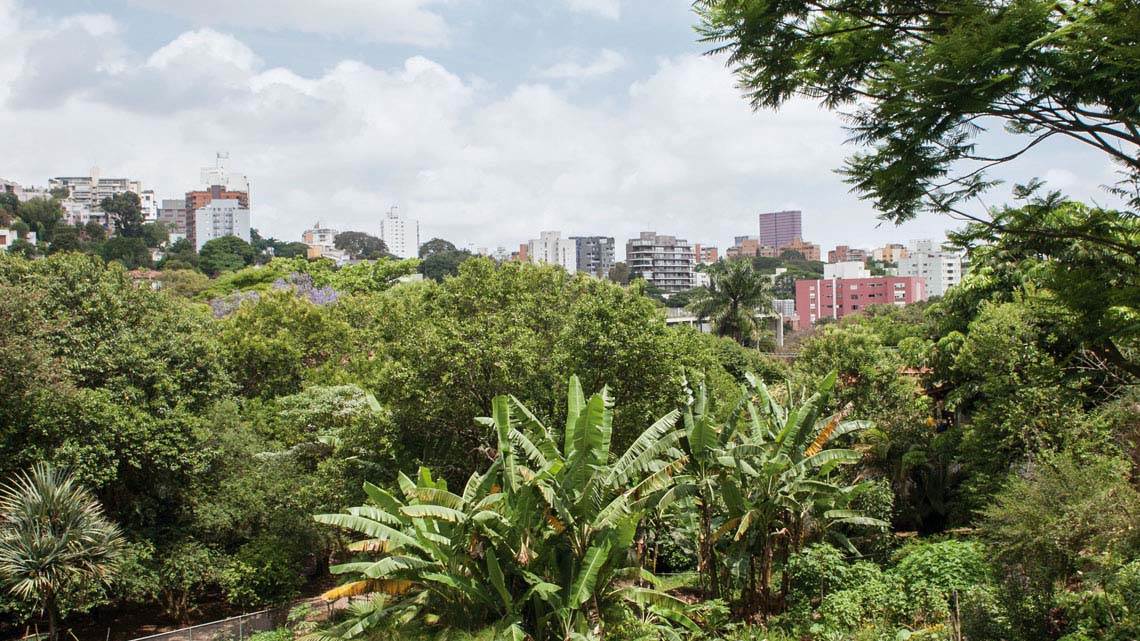 In another study funded by FAPESP, Rodrigo Augusto Bellezoni, an ecologist from the Getulio Vargas Foundation’s School of Business Administration in São Paulo (EAESP-FGV), analyzed how urban forests, plazas, trees, green roofs, and rainfall capture mechanisms in eight cities around the world, including São José dos Campos and Florianópolis in Brazil, as well as municipalities in Africa, India, and Asia, affect the relationships between water, energy, and food systems. “In relation to these green systems in cities, the study identified urban agriculture as one of the most beneficial structures for promoting the water-energy-food security nexus, especially in the Global South, due to the positive effects on the three systems. If at least some food is produced near where it is consumed, the energy demand is lower, especially due to reduced transport requirements, as is the use of water, since urban farms and gardens are usually irrigated with rainwater,” he says.

As an example of a public policy that promotes and preserves green infrastructure, he mentions Decree 61,143, established by the city of São Paulo in March with the objective of creating a payment program for the provision of environmental services in protected areas around springs in the city. Through this initiative, property owners are remunerated for investing in the maintenance, recovery, regeneration, and enrichment of forest fragments, springs, riparian forests, and permanent preservation areas. “As a result of São Paulo’s initiative, São José dos Campos, a city in the state’s interior, is considering creating a similar legal mechanism to recognize and compensate the work of people and organizations that provide environmental services,” adds Bellezoni.