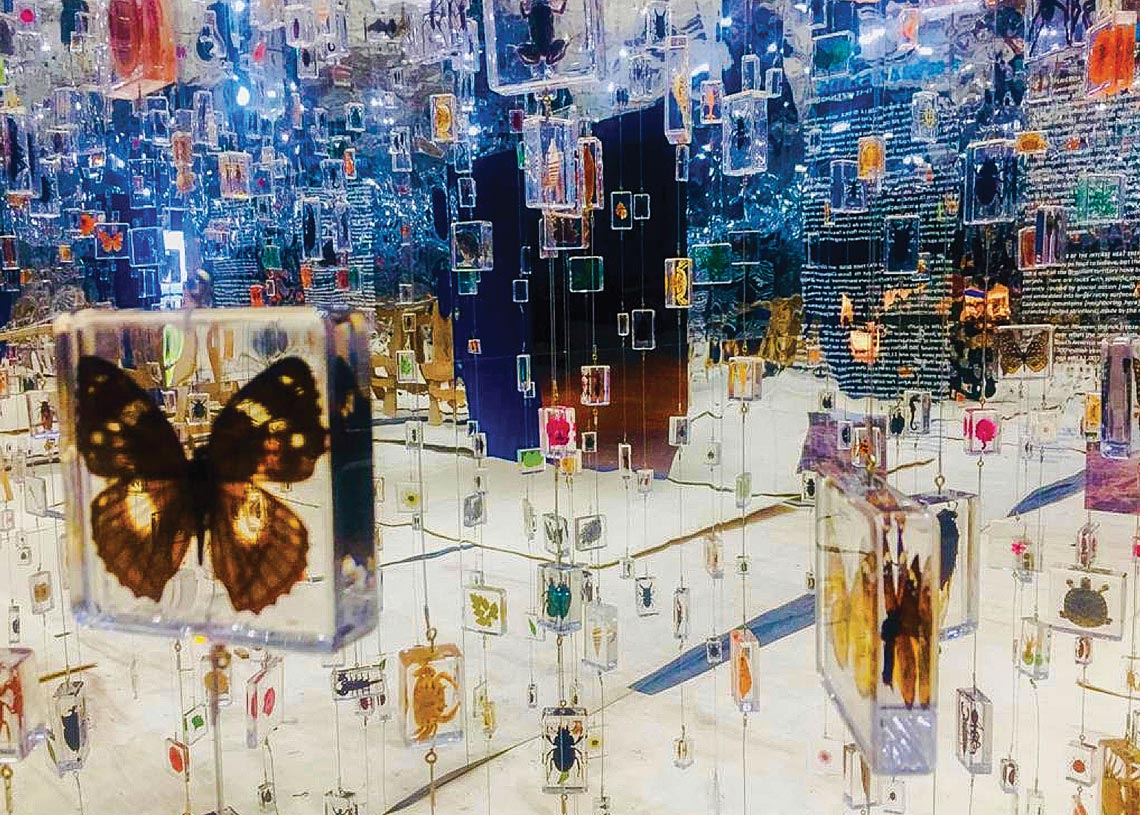 One of the exhibitions at the newly opened museum

A new Nature Museum, a R$13.7-million project funded by the Brazilian Development Bank (BNDES), was inaugurated on December 18 in Coronel José Dias, a municipality in the Brazilian state of Piauí. The new institution is located in an area that borders the Serra da Capivara National Park, a UNESCO World Heritage Site that is home to more than 1,200 prehistoric sites with cave paintings dating back 4,000–50,000 years. With a total exhibition space of 1,700 square meters, the museum has 12 themed rooms and its primary objective is to tell the story of the geology, climate, and fauna of this northeastern region of Brazil, now dominated by the Caatinga (semiarid scrublands). It was designed and is managed by the Museum of American Man Foundation (FUMDHAM), which is responsible for the national park in partnership with the Chico Mendes Institute (ICMBio) and the Brazilian Institute for Historical and Artistic Heritage (IPHAN). The museum is open from Wednesday to Monday, from 1:00 pm to 7:00 pm. Entrance costs R$30. FUMDHAM, which has been studying the natural history of Piauí under the command of archaeologist Niède Guidon since 1986, also runs the American Man Museum in the neighboring municipality of São Raimundo Nonato. Opened 20 years ago, the organization’s first museum offers a glimpse of the local archaeology, a subject not addressed in great detail at the Nature Museum, including human bones and artifacts left by Homo sapiens over thousands of years of occupation in the region.