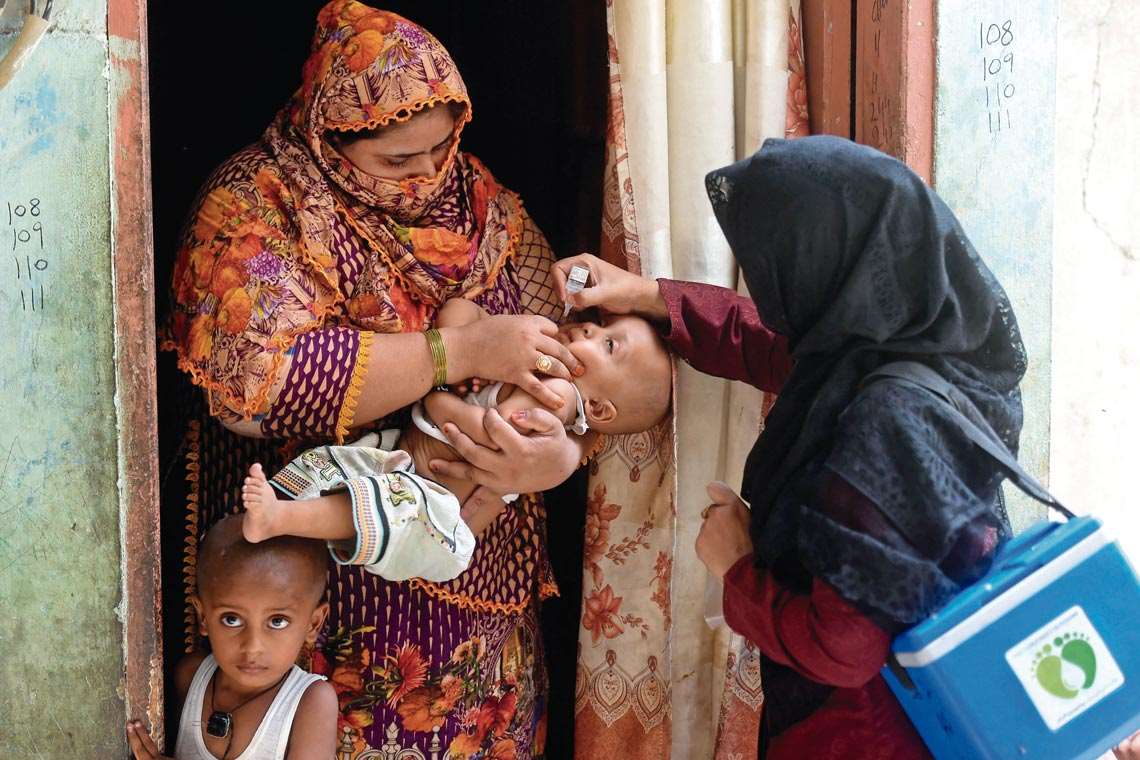 Health worker vaccinates a child against polio in Pakistan

At least 25 million children, most from poor countries, missed one or more doses of important vaccines in 2021 as a result of conflicts, climate emergencies, fake news, and social-distancing measures implemented to limit the spread of COVID-19. According to a report released by the World Health Organization (WHO) in July, it was the biggest fall in childhood vaccination for more than a decade. For example, the percentage of children who received all three doses of the DPT vaccine, which protects against diphtheria, pertussis (whooping cough), and tetanus, dropped by five percentage points between 2019 and 2021, to 81%. Coverage of the measles vaccine also fell to 81%—the percentage of children who need to be vaccinated to break the chain of transmission of some of these diseases is 95%. Another concern is the almost 40% increase in the total number of children who received no doses of the main vaccines: a figure that rose from 13 million in 2019 to 18 million in 2021, according to the WHO. Brazil was one of the most affected countries: 26% of Brazilian children did not receive any major vaccines in 2021, compared to 13% in 2018.