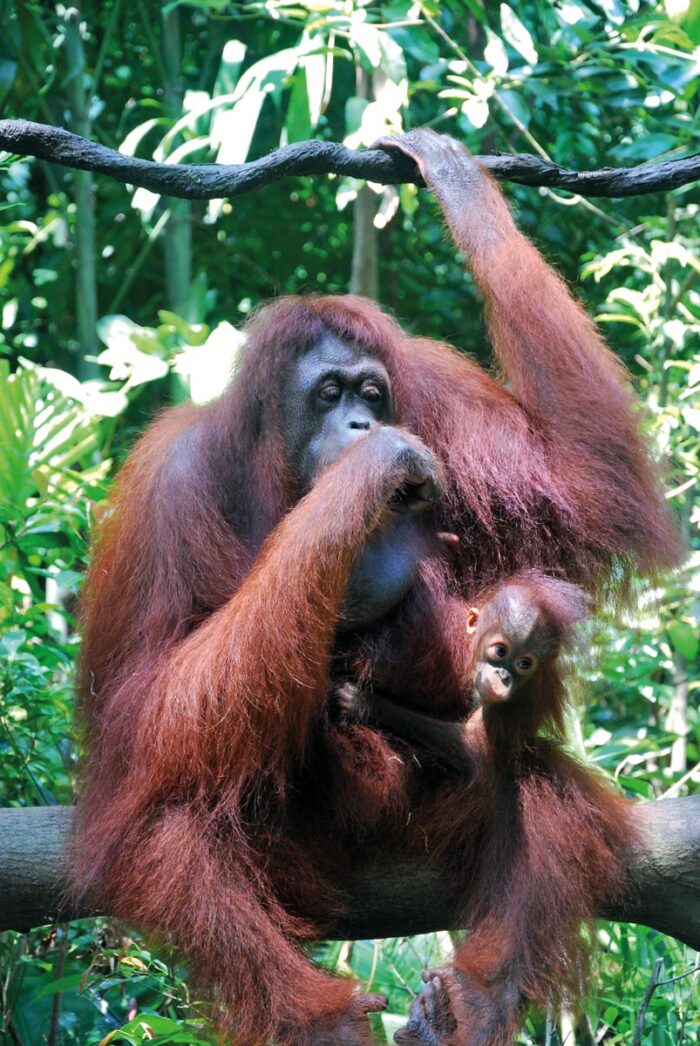 Faced with what it believes is a tiger, the Sumatran orangutan mother does not appear concerned. She calmly takes hold of her infant and climbs up to a higher branch. Only when the threat has receded does the mother make a sound, like a kiss, that acts as a warning to her child that something dangerous had been nearby. This is a sophisticated cognitive reaction—something that human beings do but has not yet been observed in other primates—involving communication to the offspring of a past event, according to an article by Adriano Lameira, from the University of Saint Andrews in Scotland (Science Advances, November 14). The mother’s vocal alert after the threat has passed could serve as an educational tool, to teach the youngster how to behave in similar situations in the future. The orangutans in the experiment coordinated by Lameira were not at real risk. The predator in question was, in fact, a researcher walking on their hands and knees, covered with a cloth to display one of four distinct patterns: tiger stripes, random designs, colored spots, or plain white. Of the four alternatives, the tiger print prompted the greatest reaction from the orangutan mother.