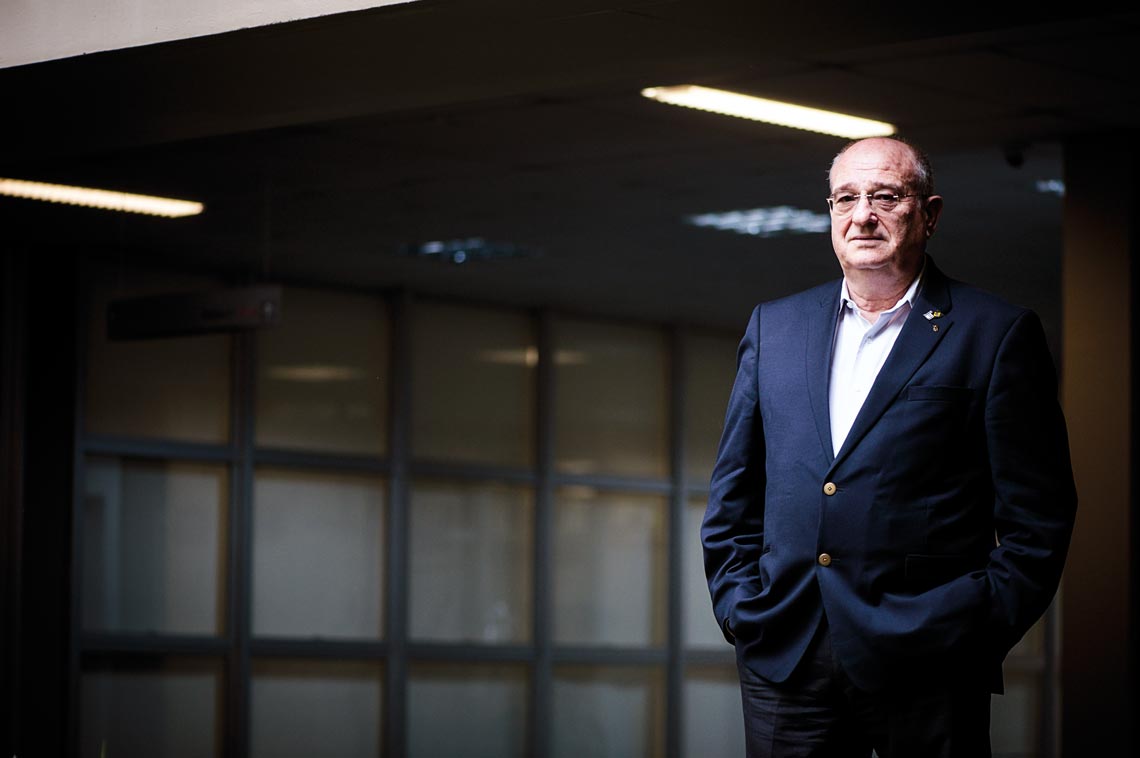 Haifa, Israel’s third-largest city, is of strategic importance to the country. At the beginning of the twentieth century, the expansion of its port in the Mediterranean encouraged the industrial and economic development of the region, which was then under British rule. Technion was created in Haifa in 1924, two decades before the founding of the Israeli state. Later called the Israel Institute of Technology, it would go on to educate generations of engineers, architects, and scientists and play a structural role in the deployment of high-tech industries.

In February, the president of Technion, Dr. Peretz Lavie, was in São Paulo, where he signed a cooperation agreement with the University of São Paulo (USP) and gave a lecture about the transformative power of universities in the economy. One of the institute’s hallmarks is a concern with refining human resources for innovation. Approximately 70% of the Israeli founders or managers of technology-based companies have studied at Technion.

The institution is dedicated to the frontiers of knowledge in topics such as aerospace engineering, nanotechnology, regenerative medicine, and stem-cell research. The opportunities for biotechnology are the result of its medical school, inaugurated in 1969—one of the few in the world located at a technological institute. At the head of Technion since 2009, Lavie, 70, has been a member of its staff since 1975. He created the university’s Sleep Medicine Center; Lavie is one of the pioneers in the field. He was the founder of five companies that develop medical devices or provide diagnostic services. In this interview, he talked about the institution’s strategies for fostering innovation.

How did Technion help transform Haifa into a center for technology?
Throughout the institution’s 95 years, students and teachers have played an important role in building a technology ecosystem. Students, mainly engineering students, but also those in physics, mathematics, and chemistry, work part-time at research and development centers that are a 15-minute drive from the Technion location. After graduating, many continue to work in the high-tech companies at which they interned. Our teachers have two obligations: to teach and to do research. They can do some industry consulting once a week, but no more than that. They can also participate in opening startups with students. Because Technion promotes basic and applied research, companies can conduct projects in conjunction with researchers from the institute. Another point is that our educational programs have many elements that are related to innovation. We conduct courses, lectures, and competitions about the world of entrepreneurship and we have accelerators and incubators for technology-based companies.

How could the conditions for creating an environment for innovation like Haifa’s be reproduced in other locations?
Creating an ecosystem like the one in Haifa requires close collaboration between universities, industry, and government. The university needs to have a clear mission in order to help a country’s society and economy. It should encourage students and teachers to engage in both basic and applied research, and offer its teachers opportunities to work in the private sector. Students need to be trained in entrepreneurship and innovation, with opportunities to have practical, not just theoretical, experience. Industry must be prepared to receive students and implement research projects with the university. And the government needs to create mechanisms to support these projects and fund startups.

What strategies has Israel adopted to create a culture of innovation in the country?
It’s necessary to recognize the Israeli national character, which is characterized by a readiness to take risks and sustain failures, and by attitudes that translate into expressions such as “necessity is the mother of invention.” I’d also call attention to the mandatory three-year military service for men, and two years for women. This contributes to building self-confidence and a sense of independence in young people. It all works together so that students reach the university with a certain sense of maturity. Finally, there is the Technion factor, which sows a spirit of innovation among its students.

How does Technion balance support for basic and applied science?
Although it was established with a vision for training engineers, since 1954 Technion has become a research-oriented university. Promoting research and educating human resources is part of the institution’s DNA. The quality of the basic research we carry out is attested by the three Nobel Prizes our faculty members have been awarded, and by the number of high-quality publications published by our teachers. The quality of our applied research can be measured by its contribution to the Israeli economy.

What has the experience of maintaining campuses in the United States and China been like?
The initiatives have helped to attract students from these countries and expose our students to other cultures. It’s been possible to conduct research projects, gain access to support agencies in the United States and China, and increase the visibility of Technion around the world, which is of strategic importance for Israel. It’s not easy to supervise teaching and research on two campuses thousands of miles away from our headquarters. There are also challenges to overcoming differences in thinking. It’s difficult to convince members of our faculty to move to subsidiary campuses in other countries.

The university has an Arts and Humanities Department. How important is that to a technology research institute?
Offering courses in the social sciences and humanities to engineering students is very important. It’s essential to broaden these young people’s horizons so that they can contribute to society. Our hope is that they will not only be good engineers, but will also have the moral values and sensitivity to understand social issues.