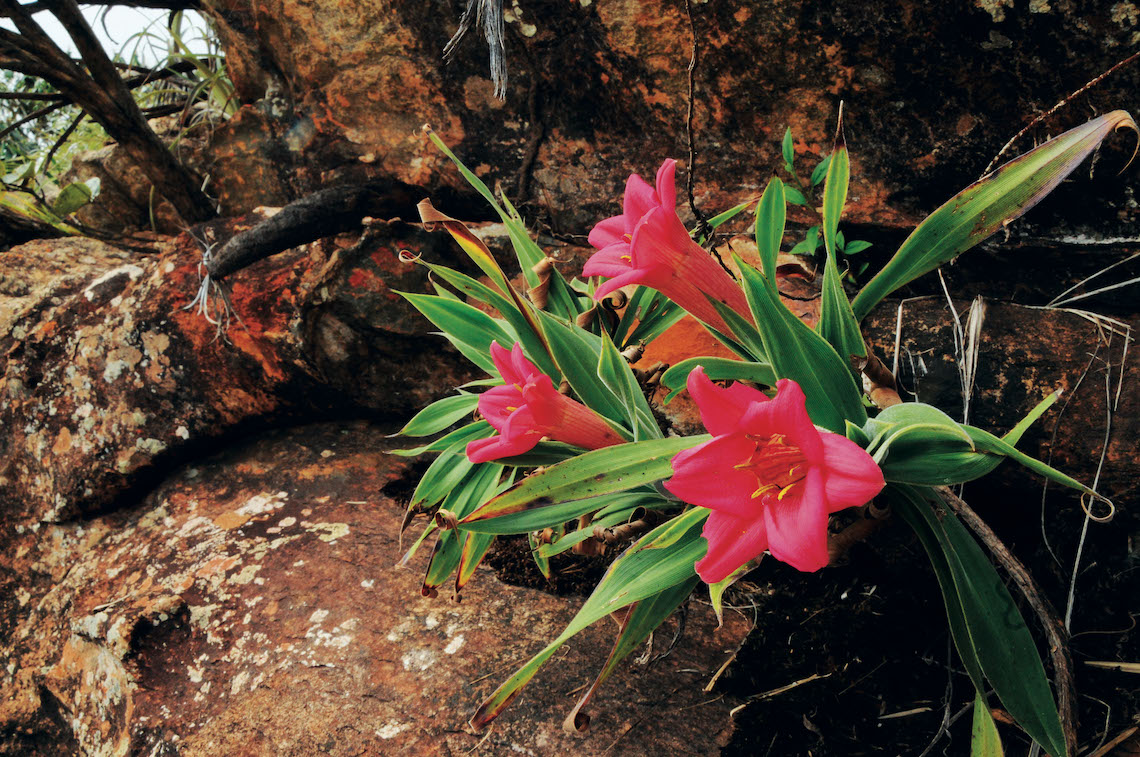 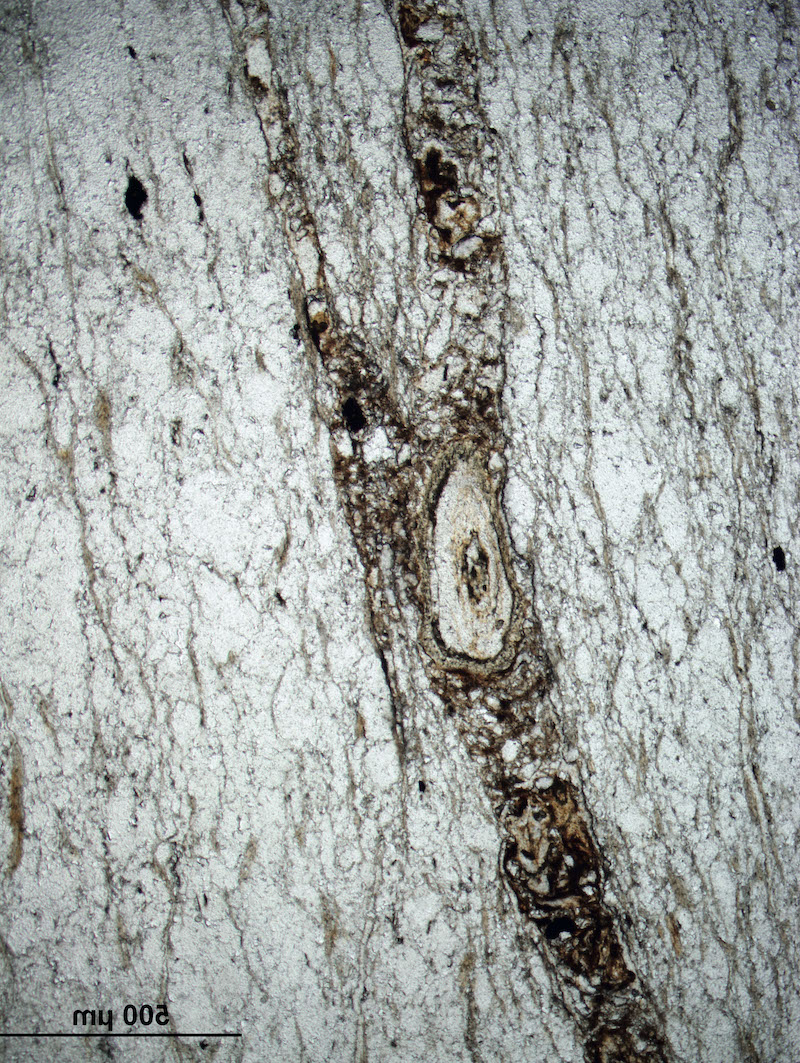 Its roots embedded in rock, as seen under microscopeDiego Nascimento and Grazielle Teodoro

The rupestrian grasslands of the Serra do Cipó in the state of Minas Gerais are among the least nutritious terrains in the world. A surprising diversity of plantlife can be found there—estimated at one-third of Brazilian native species—often growing on boulders and rocks. Researchers analyzing these plants have discovered various creative ways that they search for nutrients. And now they have identified two new techniques used by two species of the velloziaceae family (Tomentosa Barbacenia and B. macrantha). The ends of the roots of B. tomentosa and B. macrantha are covered in tiny hairs that secrete an acid capable of eroding rock and release phosphates (compounds that contain phosphorus), which encourage cell multiplication and plant growth (Functional Ecology, March 9). The roots gradually penetrate through the rock and take hold, absorbing the phosphorus. These roots have earned an official name: vellozioid roots. The previously unseen mechanism was identified using traditional and electron microscopes, as well as a series of other techniques, such as X-ray fluorescence and chromatography. Coordinated by biologist Rafael Oliveira of the University of Campinas (UNICAMP), the study demonstrates a new function of the roots of these plants. “They play a role in rock weathering and soil formation that before now had not been recognized,” he says. “Geologists know that water, wind, and temperature play this role. Apparently plants can have more important impacts than we thought.”