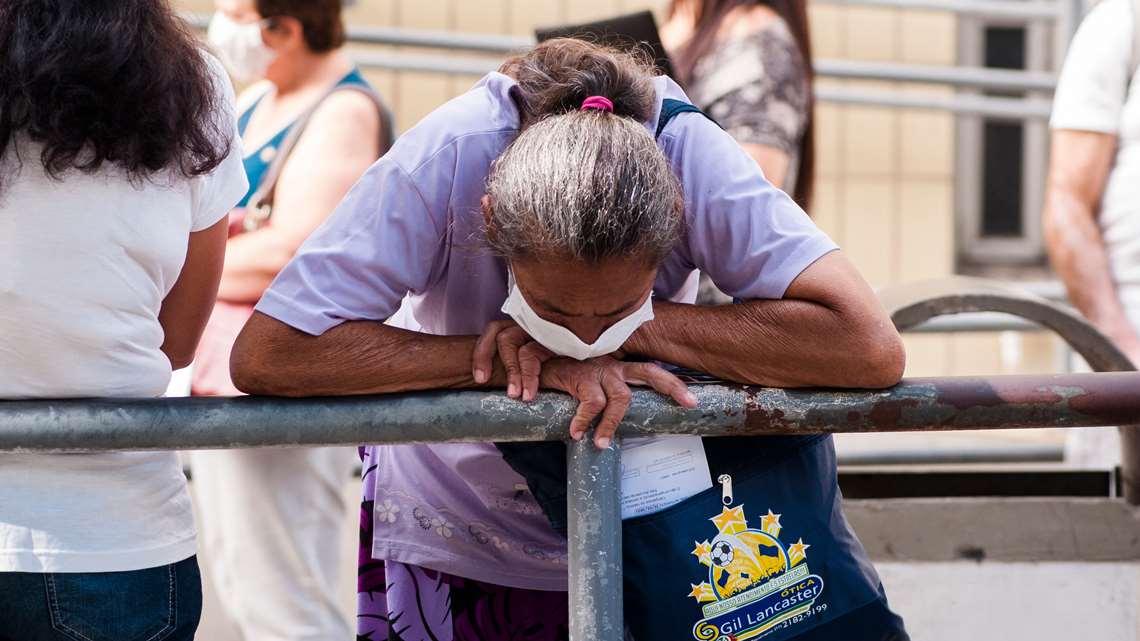 Brazil’s response to the pandemic was considered the worst in the world by a survey released in January by the Lowy Institute, Australia. Brazil placed last among 98 nations for which data were available to the beginning of January. The institute calculated performance based on six categories: total cases; total confirmed deaths; number of cases per million inhabitants; number of deaths per million inhabitants; number of confirmed cases as a proportion of tests; and number of tests per thousand inhabitants. Brazil was joined at the bottom of the list by Mexico, Colombia, Iran, and the USA. The countries that dealt best with the pandemic had less than 10 million inhabitants, such as New Zealand, Cyprus, and Rwanda, although Vietnam (97 million) and Thailand (70 million) also performed well. According to the analysis, differences in socioeconomic development and political systems had little influence. “In general, with smaller populations, cohesive societies, and capable institutions have a comparative advantage in dealing with a global crisis such as a pandemic,” the institute reported. 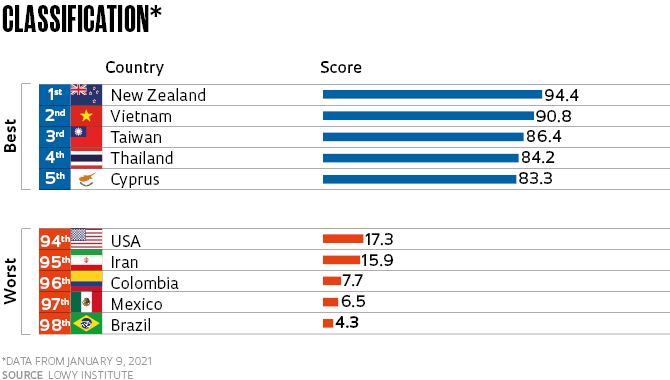