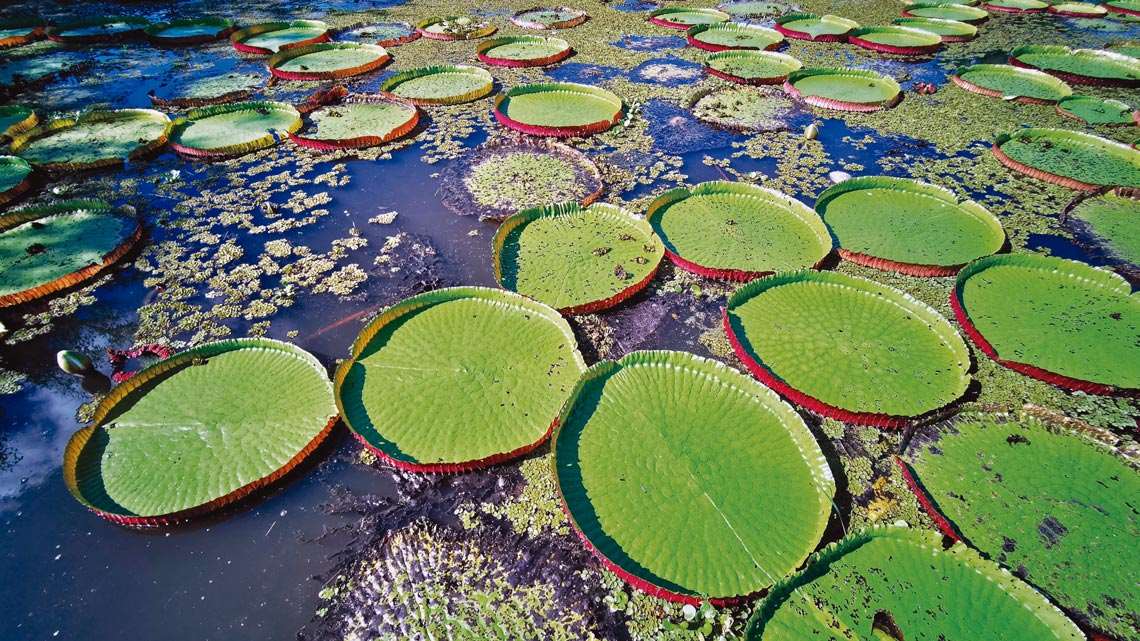 Specimens of V. boliviana in nature

Victoria boliviana is the newest species of giant water lily to be recognized by science. It also has larger leaves than any other species (up to 3.2 meters in diameter) of these aquatic plants with spiky leaf structures (thorn-like projections). Found in the rivers of the Llanos de Moxos savanna in Bolivia, it was described by researchers from the UK and Bolivia, with the participation of Brazilian botanist Alexandre Antonelli, from the Royal Botanical Gardens, Kew (Kew Gardens). There were previously two known water lily species of the genus Victoria, both described more than 180 years ago: V. amazonica and V. cruziana. Found along Amazonian rivers in five countries including Brazil, the first was formally presented to the scientific community in 1832 by German botanist Eduard Poeppig (1798–1868). French botanist Charles D’Orbigny (1806–1876) reported the second in 1840, found in the Paraná River basin. It was Kew Gardens horticulturist Carlos Magdalena who suspected the existence of a third species. “I saw a photo of the plant online in 2006 and was convinced it was a new species,” he told the institution’s website. Together with botanical illustrator Lucy Smith and other specialists, he analyzed the morphological characteristics of 233 water lily specimens, in addition to their genomes, and concluded that those from Bolivia belonged to a new species (Frontiers in Plant Science, July 4).