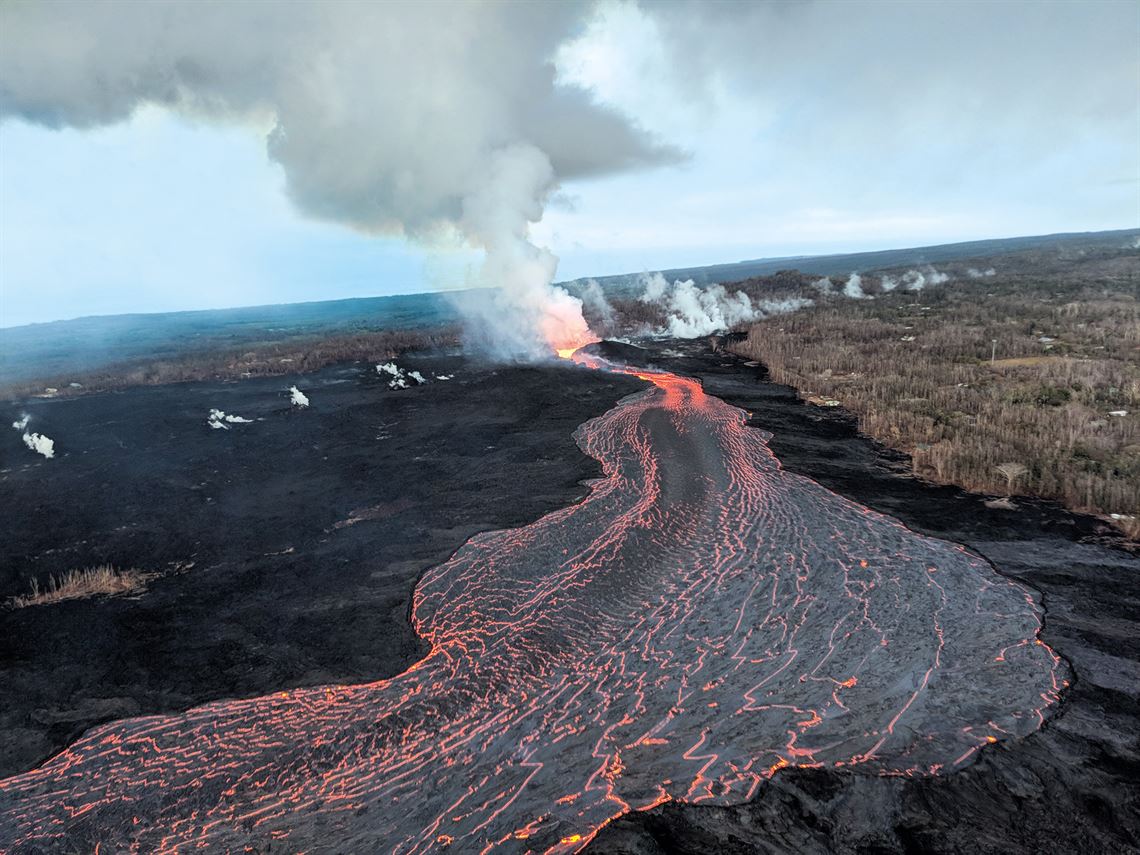 An abnormal volume of rainfall in early 2018 may have intensified the eruption of Kīlauea (photograph), a volcano in Hawaii, USA, in May of the same year. Volcanologist Jamie Farquharson, of the University of Miami, was part of a group that analyzed satellite images and estimated that in early 2018, 2,300 millimeters of rain fell in the region surrounding Kīlauea—half on April 14 and 15. They then created a mathematical model to show how the rainfall could have helped intensify the eruption, which has been occurring slowly since 1983. Their theory is that the accumulation of water filled the pores of the rocks at great depths, increasing pressure and leading to the expulsion of more magma (Nature, April 22). Other volcanologists have questioned the magnitude of the rain’s contribution.