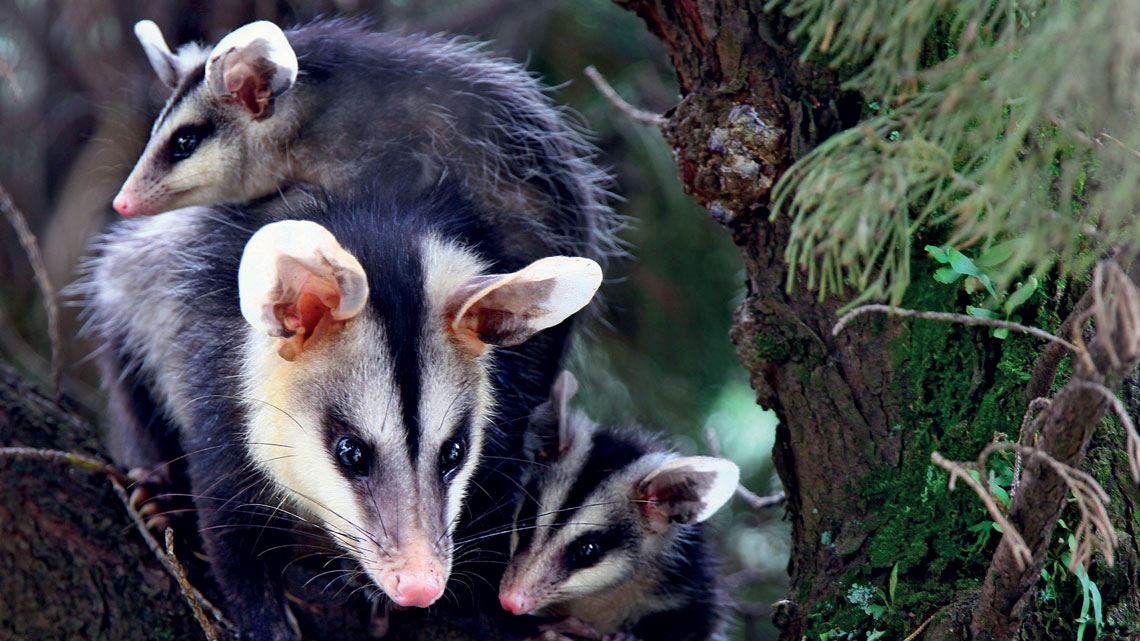 A family of white-eared opossums, a species found across much of South America

The theory that the Amazon, so rich in biodiversity, was the birthplace of various life forms now found in other geographic areas, has gained further support. Based on fossil analyses and the geographical and temporal distribution of living and extinct species of the didelphidae family, commonly known as opossums, Mariela Castro, a biologist from the Federal University of Catalão (UFCAT) in Goiás, and her colleagues presented evidence that this group of marsupials first emerged in the Amazon approximately 40 million years ago.

According to a study published in the Journal of Mammalian Evolution in June, opossums originated in the north of South America, where they diversified over the next three quarters of their evolutionary history. Only later did they conquer other areas of the continent and North America. Opossums are the largest subclass of the marsupials—a group of mammals that usually carry their young in pouches—to have originated outside Australia and New Zealand. With the exception of one species found in North America, all the other didelphidae, which are classified into 18 genera and some 130 species, are now only found in South America and to a lesser extent in Central America. About 70% of marsupials are endemic to Oceania, which is well known for this type of mammal, and the rest live in the Americas.

Opossums evolved from now-extinct species of mammals that existed in the Americas about 70 million years ago. These predecessors of the early opossums disappeared from North America but were preserved in South America. “The didelphidae’s evolution was restricted exclusively to the Amazon region for nearly 30 million years,” says Castro. “During this period, the tropical rainforest already existed.” In the model presented in the scientific article, 36 of the 43 evolutionary events that culminated in the emergence of the current opossum subfamilies and tribes occurred in Amazonia more than 10 million years ago. Even so, more recent history between 10 million and 2.7 million years ago was equally important for opossums. In fact, according to the Brazilian group’s research, the group diversified in parallel with geological and climatic changes that also took place in South America.

The list of more recent transformative events in the north of South America is a long one. While the opossums continued to evolve within the Amazon, geological events known as marine transgressions (rising sea levels) had already taken place in the region and in the Paraná basin. Another major geological event would take place soon after. “Between approximately 10 million and 7 million years ago, the northern Andes’ elevation increased and River Amazon in its present-day form was created,” explains Castro. Paleoclimatic records show that there has been a general drop in average global temperatures and an expansion of savanna areas further south, where the Caatinga (semiarid scrublands) and Cerrado (wooded savanna) are now located, in addition to the dry areas between Paraguay and northern Argentina. Almost all current opossum genera emerged after these major transformations took place. 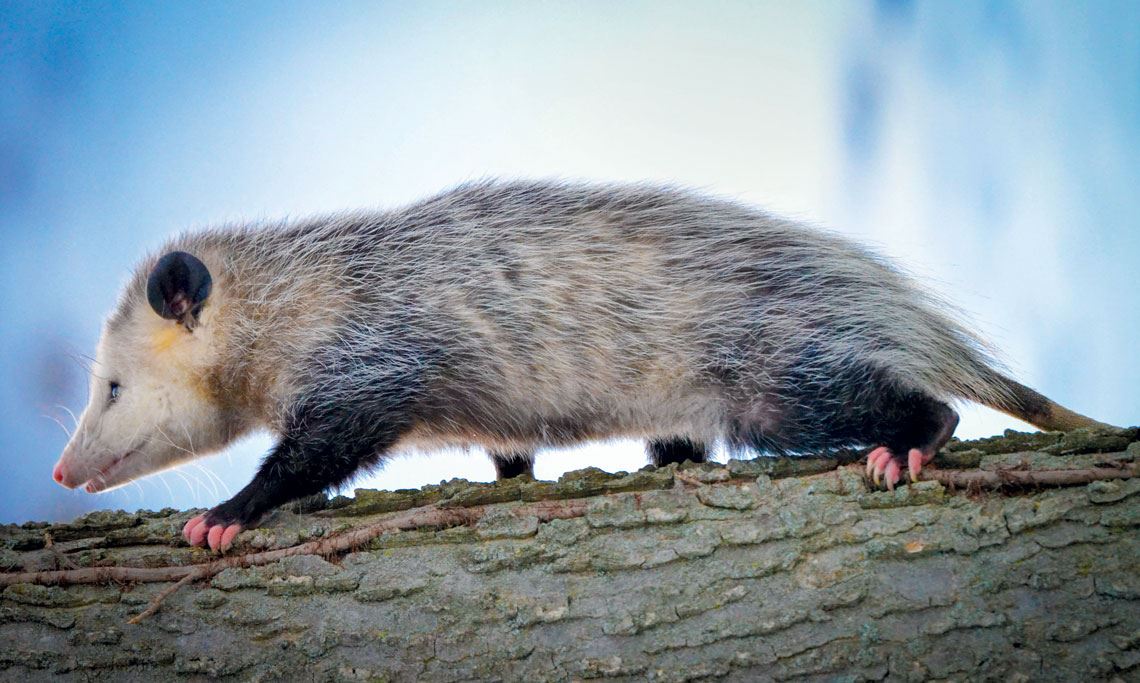 The Virginia opossum, the only species that lives in North AmericaAndrew C / Wikimedia Commons

The model proposed by the study divided South America into nine biogeographic zones to test where the didelphidae may have originated and how their habitats later expanded. The last areas conquered by the opossums was the Pampas and North America. “Three million years ago, after the Isthmus of Panama rose and connected all three parts of the Americas, the opossums migrated to North America,” says Castro. Their late arrival in the north probably explains why today there is only one species in the USA and Canada: the Virginia Opossum (Didelphis virginiana).

“It is a very interesting article,” says Ana Paula Carmignotto, a biologist at the Federal University of São Carlos (UFSCar) who was not involved in the study. According to her, previous biogeographic reconstructions of the didelphidae’s evolutionary history suggested they originated in the South American rainforest but did not determine exactly which biome or biomes. “The highlight of the research, besides the evolutionary history, is the identification of the Amazon as the group’s place of origin for the first time,” she says.

The research suggesting opossums originated in the Amazon has great potential for further studies. One of the biggest challenges for scientists working on the topic is to combine biogeographic results with paleontological records. The authors of the recently published paper were able to successfully cross-reference these perspectives. In most cases, the information coincided and the fossil ages matched the biogeographical ages. But there are still gaps that need to be filled.

There are few preserved fossils of opossums in the north of South America, a limitation that makes it even more difficult to compare paleontological data with the evolutionary history left in their DNA. “Fossilization is rare in the Amazon and the Atlantic Forest, which are very humid environments,” says the UFCAT biologist. And with opossums, there is another obstacle. The first specimens of the group probably weighed no more than 30 grams. Even if preserved, such small fossils can easily go unnoticed during field work. To increase the chance of finding traces of the first lines of opossum, more investment in paleontological work in the north of South America is needed—and plenty of luck.

Scientific article
CASTRO, M. C. et al. Amazonia as the origin and diversification area of didelphidae (Mammalia: Metatheria), and a review of the fossil record of the clade. Journal of Mammalian Evolution. June 23, 2021.