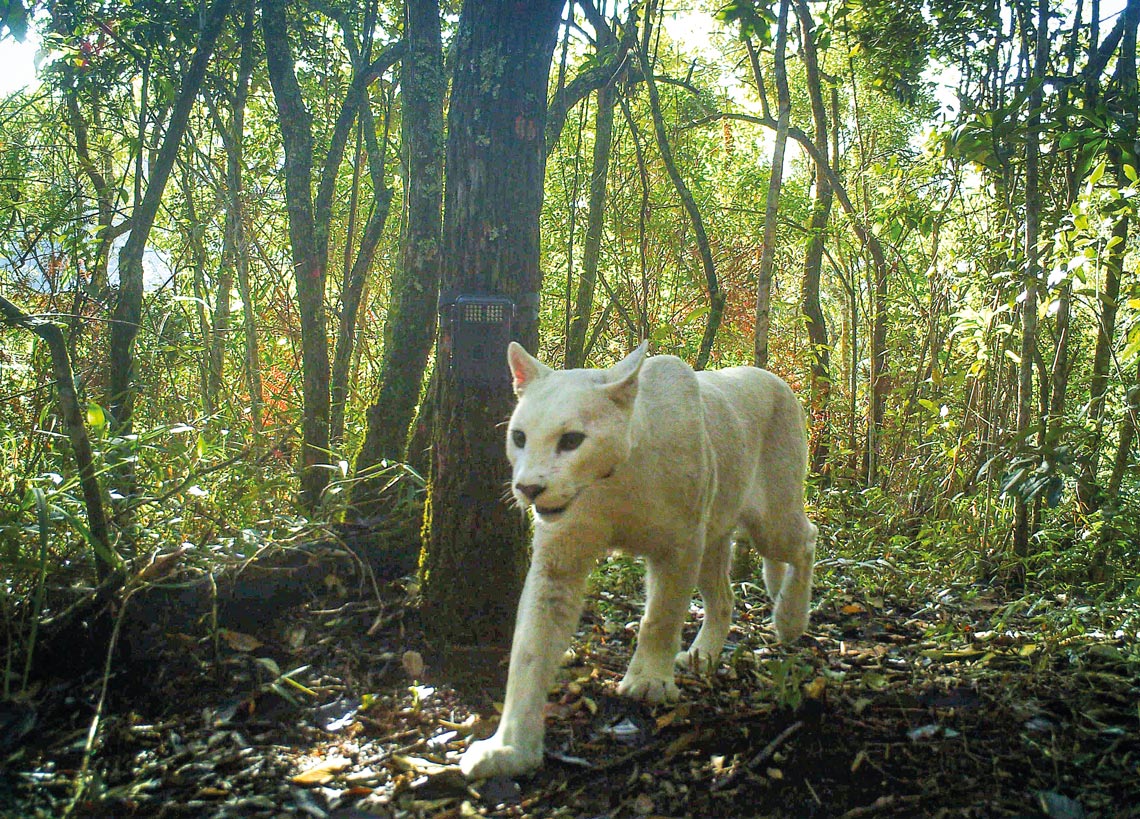 Hidden cameras in the Serra dos Órgãos National Park in Rio de Janeiro captured rare photographs of a cougar with a white coat—known to biologists as leucism. “This is the first record of leucism in the species,” says biologist Cecilia Cronemberger, head of the Chico Mendes Institute for Biodiversity Conservation (ICMBio) wildlife monitoring program that began in 2010. The male Puma concolor was photographed four times over the course of 2013, apparently searching for new territory, as is common among young cougars. And then he was gone, never to be seen again.